Sony has extended some of the ground-breaking technology from its HX1 bridge camera to its smaller pocket Cybershots, as well as a new feature, Party-Shot.

The Cybershot TX1 and Cybershot WX1 both feature the Exmor CMOS sensor and Bionz processor technology developed for Sony’s Alpha range of DSLRs, which promise better light gathering power and lower image noise than conventional compact cameras.  The Bionz processor enables the mechanical shutters in both cameras to shoot a continuous burst at an impressive 10 frames per second.

Both camera’s also feature the HX1’s acclaimed Sweep Panorama mode, which can seamlessly stitch together a panned burst sequence of frames in just a couple of seconds. In addition they also boast that camera’s Hand-held Twilight and Anti motion blur modes which superimpose a short burst of images to create a single optimised image either in low light or of a fast moving subject.

High Definition movies at 720p and 30fps are available with both cameras, and they can also zoom during recording. The now standard technologies of Face and Smile Detection are also present.

The Cybershot WX1 is the new flagship of the W series, and also houses a 10.1MP sensor. It boasts a Sony G 5x optical zoom with 24mm wideangle, a 2.7inch LCD screen and comes in black, silver or gold.

Both cameras are also compatible with Sony’s revolutionary new Party-Shot IPT-DS1 device, also revealed today for the first time, which is a docking station that controls the camera to compose and shoot pictures automatically.

Pricing for the new cameras has not been announced, but they will be available from September. 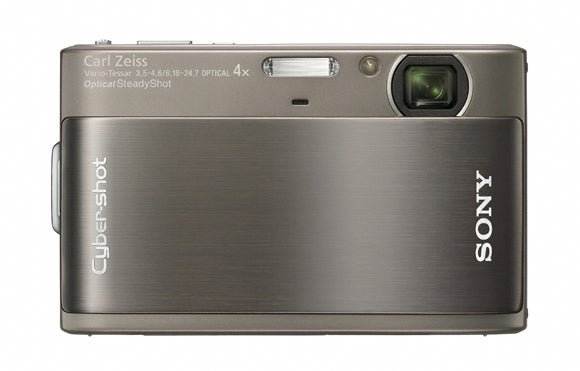 Above: The Sony Cybershot TX1

Below: the Sony Cybershot WX1 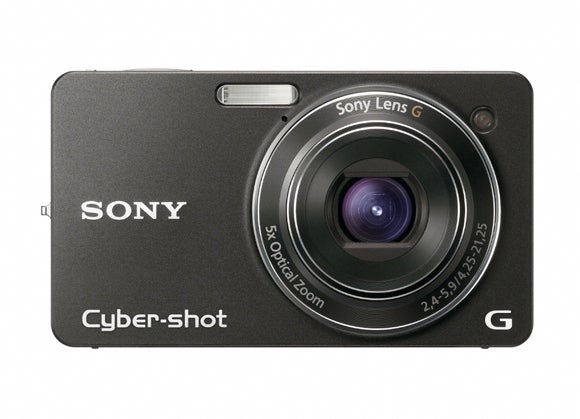 Below; The Sony Cybershot TX1 from the rear pictured on the new Party-Shot dock. 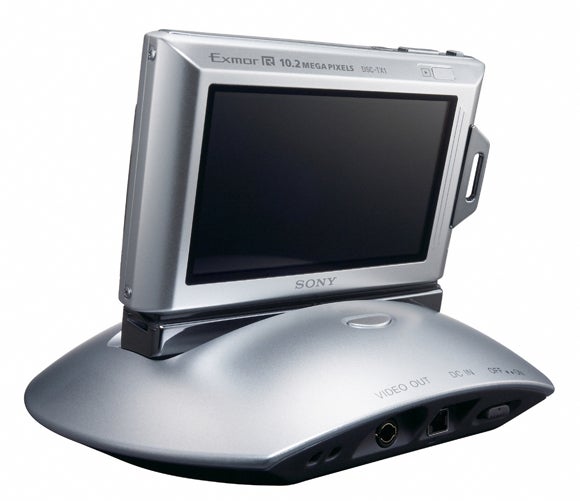