Following on from last year's QX10 and QX100, the smartphone-pairing cameras that looked like lenses, we now have the ILCE-QX1 and DSC-QX30

The DSC-QX30 is very similar to its brethren, able to pair with a smartphone via Wi-fi. It is named for its 30x Sony G lens that provides the 35mm equivalent of a 24-720mm zoom.

The zoom is also capable of being digitally extended via Clear Image Zoom, which can blow the picture up by 60 times without losing pixel count.

The QX30 is capable of burst shooting at up to 10fps, and can shoot Full HD 60p video.

The ILCE-QX1, however is a different beast, despite its similar appearance. It is a sensor module with an E-mount, and is therefore the first QX model with the capacity to support interchangeable lenses. 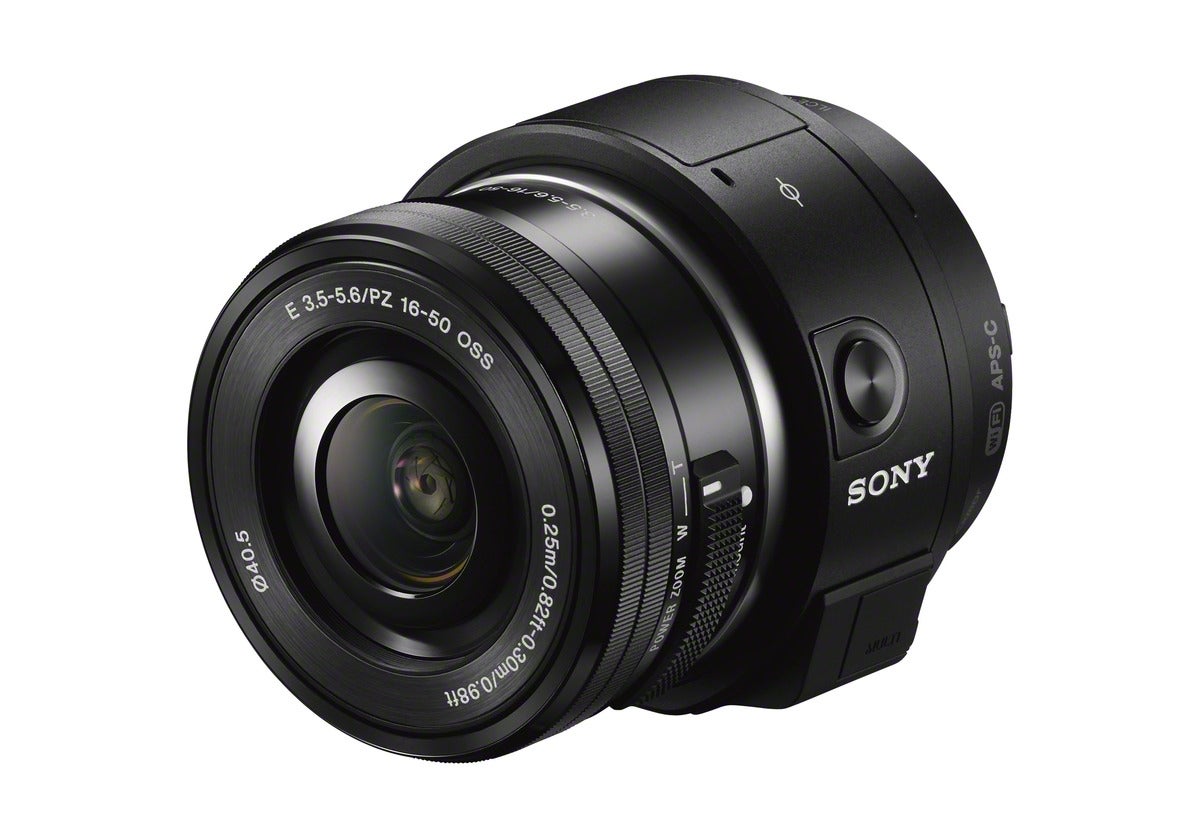 If so inclined you can also use A-mount lenses on the device, via Sony’s LA-EA4 adapter.

The QX1 boasts a 20.1MP APS-C sensor and an ISO range of 100-16,000. Sony says it will shoot very capably in low-light, and highlights in particular its capacity to produce creative bokeh effects.

It also sports a Superior Auto mode, which Sony says will be able to recognise specific scenes, such as landscapes or backlit portraits, and adjust the camera’s settings accordingly.

Sony has also added Raw capability to the QX1, and it is the first camera in the QX series to feature a pop-up flash.

Both the QX1 and the QX30 run on Sony’s Bionz X processor.

As well as the two newcomers, Sny also announed that its QX10 will be getting a colour makeover n the form of two new variations: pink and copper.

The QX1 and QX30 will be available from the end of September, both costing £249.