WDC gets a sneak peek behind the scenes at Nikon's onsite service centre and the world's most famous tennis tournament.

Wimbledon, the most famous and prestigious tennis tournament in the world, generates massive interest across the globe.

Watch it on TV, and you’ll always see an army of photographers on Centre Court, firing away and filing their images in the hope that their picture will make the back pages of tomorrow’s newspaper.

To ensure these photographers can keep shooting and get the winning shot, Nikon provides an on-site service centre. 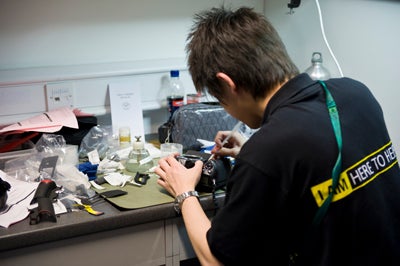 This is all part of the Nikon Professional Services (NPS) scheme, and What Digital Camera was lucky enough to have a sneak-peek behind the scenes to see how it worked at Wimbledon this year.

Situated in the Media Centre at SW19, The NPS area is there to support the registered Nikon shooters covering the event – with 198 accredited photographers there, 50% were using Nikon gear.

Photographers can come along to the NPS area and drop kit off to get looked over – even though pro equipment is built to withstand heavy use, some pieces of kit will require a little bit of TLC during the two week event, while swapping lenses constantly will mean sensors will need a clean and a once-over too.

While their kit is being looked at, photographers can pick up loan equipment, allowing them to carry on shooting. Not only that, but Nikon’s onsite office has shelves stacked full of exotic lenses and camera bodies, giving pros the chance to try out the latest kit. 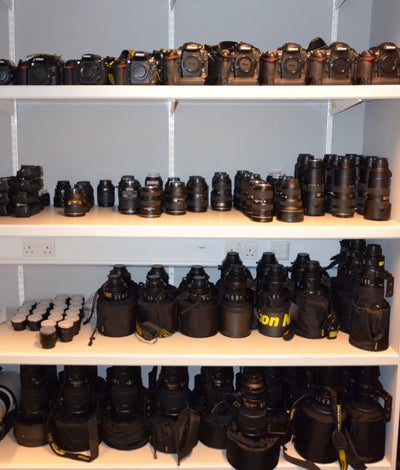 The most in-demand lens while we were there was the new 200-400mm f/4G ED VR II AF-S, though the 16mm fisheye and tilt and shift lenses also proved popular as photographers try to get a different angle on the event. On the body front, the D3S was in high demand, but the whole DSLR range was available – the new D5100 was a popular choice for those shooting video footage.

At the end of the event, over 250 items had been loaned out, with Nikon engineers carrying out over 400 check and cleans and minor repairs.

With the British Grand Prix just round the corner, the NPS team will be on hand again for the world’s press. 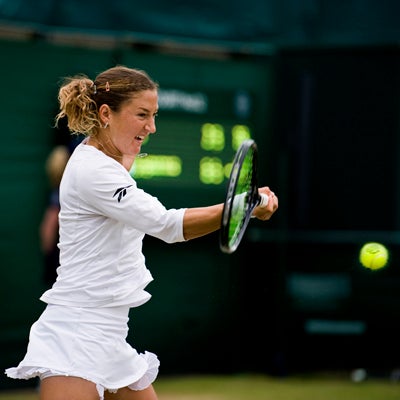