The AF 540FGZ II and AF 360FGZ II are two new auto flash units for Pentax cameras, with respective maximum guide numbers of 54 and 36 at ISO 100.

The new units, announced last night by Ricoh, both feature weather-resistant construction with 28 seals applied to crucial areas of the unit body. 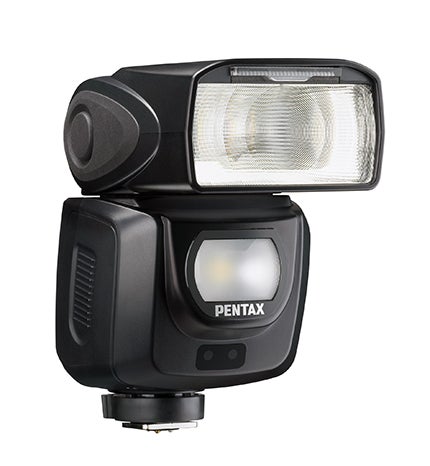 Image: The AF 360FGZ II seen here from the front

Ricoh says that the LED light can also function as a catch light for portraiture and an AF assist light in dark conditions. The AF assist function is available with the Pentax 645D, K-r, K-5, K-5II, K-5IIs, K-50 and K-500, and in each case requires the latest incarnation of the camera’s firmware.

The flash units are highly customisable, with nine different flash function presets and a range of discharge modes, including P-TTL auto flash, where the camera’s light sensor detects the flash’s preliminary emission in order to control the main discharge level. 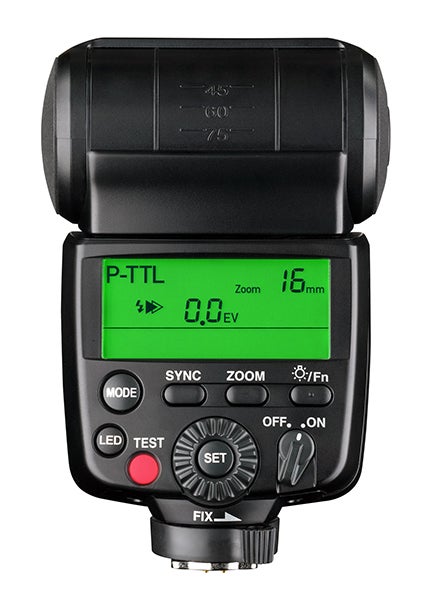 The units also boast a number of other features, such as a bounce flash capability adjustable from -10º to 90º vertically and up to 180º horizontally. Power-zoom flash covers angles of view from 24mm to 85mm.