The Echo SE and ZE USB drives feature built-in software to automatically back up your files on the go, and also feature the option to encrypt your data.

One of the world’s smallest USB drives the Echo ZE is so small, at just 20.1 by 15.1 millimetres, that it protrudes less than a centimetre when inserted, yet it offers up to a staggering 32GB of back-up storage. It’s also available in 8Gb and 16Gb capacities.

The Echo SE is not much bigger and offers up to 64GB of storage. Both drives are fully interoperable between Mac and Windows (XP, Vista and Windows 7) operating systems.

No UK prices or availability have yet been announced.

Above: The LexarEcho SE back-up drive.

Lexar has also announced increase capacities for its professional 300x CF card, which now goes up to 32GB, and its 233x CF card which is now also available in 16GB and 32GB capacities. Meanwhile its 133x SDHC card has achived Class 10 speed rating, making it ideal for rapid shooting and full HD video capture. 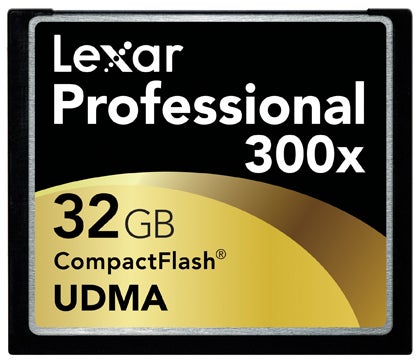