We give our first impressions on Apple's latest handset

When Apple finally broke cover on its latest generation of iPhone, it was met with a fairly mixed reception. In a break of Apple’s traditional cloak of secrecy, the online community had been treated to an unprecedented array of leaks ahead of the launch, with enough detail divulged for an almost 100% accurate replica model to be constructed ahead of this year’s IFA electronics show. The lukewarm reception could certainly be in some part attributed to this pre-exposure to the product, but the fact that at first glance the handset bears a striking similarity to its predecessor must also be significant. While it’s certainly a case of evolution rather than revolution (this is Apple after all), a short amount of time with the iPhone 5 leaves you sure as to the improvements therein. 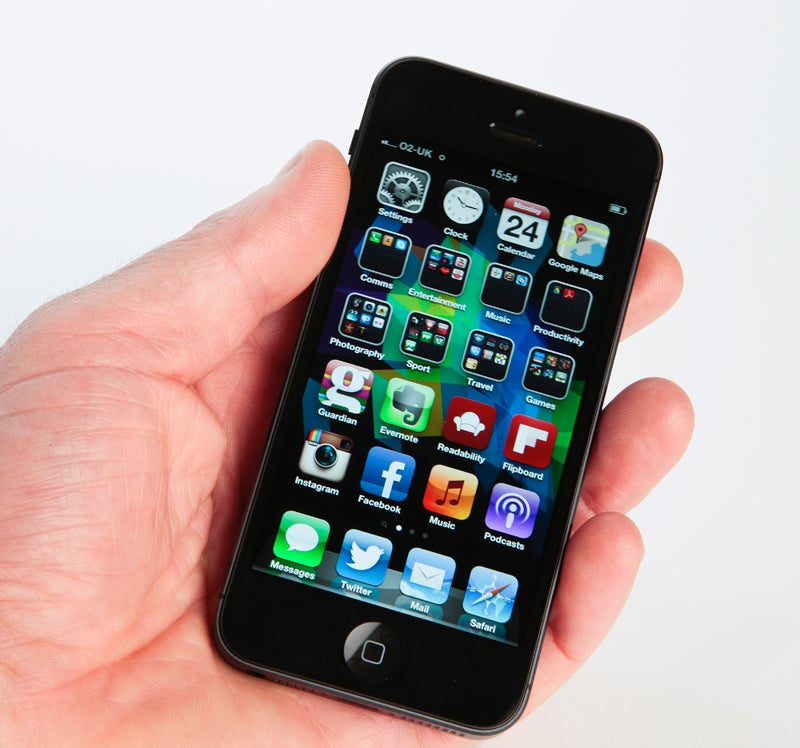 The headline figures regarding the design of the iPhone 5 were at the core of the model’s unveiling – the handset is 18% thinner and 20% lighter than its predecessor, the iPhone 4S. When you consider that the 4S was no heavyweight you start to understand the accomplishment, although it’s not until you hold the handset that you can fully appreciate it. It fits comfortably in the hand and is so light and balanced that it almost has a ‘weightless’ feel to it in comparison to its predecessor. The benefit of a lighter and thinner body is not only aesthetic – the inclusion a new aluminium rear plate as opposed to glass found on the iPhone 4S also gives the handset extra durability, as the guys at iFixYouri discovered during their recent stress test.

Despite being 18% thinner and 20% lighter than its predecessor, the iPhone 5 now possesses a larger 4in screen with 18% more pixels, according to Apple. Rather than increase the width of the handset Apple has instead increased the height, with the resulting screen featuring a 16:9 resolution that remains comfortable in the hand. Apple has maintained the Retina display found on previous models, although it now features integrated touch technology. What this means in real terms is that there is one less layer on the display and, as a result, the screen appears even clearer than before and certainly more vivid. Not only that, but the display boasts a truly impressive viewing angle and is certainly on of the very best to be found on any smartphone on the market. 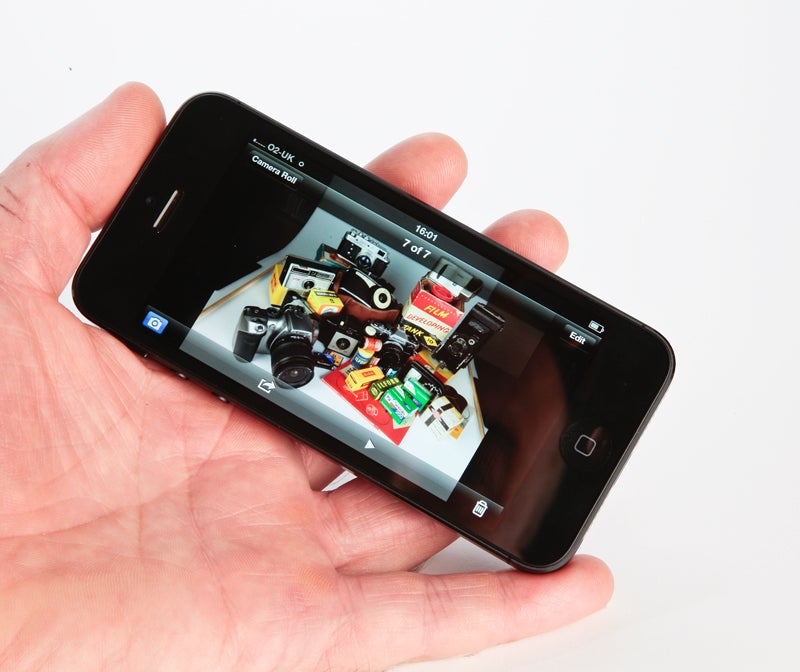 While the design innovation may be one of the more obvious and compelling areas of change, the camera is certainly a more incremental affair. The core spec of an 8MP sensor, fixed lens and 1080p HD video capture remain, with the improvements arriving to bring the functionality of the iPhone 5 more in line with the competition. The model now features a Panorama capture mode – much akin to that found in competing smartphones and compact cameras – which allows for a single seamless 28MP panorama to be captured in a single sweep of up to 240 degrees. The Panorama function is a welcome feature and generally performs well, although it’s hardly groundbreaking.

Thanks to the model’s new A6 processor, the iPhone 5’s camera app now offers 40% faster photo capture, something which once again bear out in real life usage and is also welcome. The iPhone 5 also now offers full resolution still capture at the same time as capturing 1080p HD video, a feature also found on competing smartphones for some time. The model’s front camera is also improved, and is now capable of recording 720p HD video as well as offering FaceTime calls at this resolution.

First impressions on image quality are that it remains as good as the iPhone 4S, if not better than its predecessor. Colours appear particularly vibrant, while images also maintain an impressive level of sharpness, no doubt aided by the new sapphire crystal lens cover.

It’s hard not to be impressed by the iPhone 5. Despite it not bringing any great overhauls at first glance, it’s easy to argue that such an overhaul was barely needed and that instead what Apple has done is improve upon a smartphone that was already teetering on the brink of technological perfection.