The new Canon EOS 600D features an 18 megapixel APS-C sized CMOS sensor with 14-bit DIGIC IV processing. The ISO range of 100-6400 is extendable to 12800 for low light shooting, while the 63-zone iFCL metering is the same as that used in the EOS 7D. A 9-point AF system can track moving subjects, for capture at up to 3.7 frames per second.

The Canon EOS 600D (or Rebel T3i as its called in the USA) is capable of shooting full 1080p movies, while a dedicated movie button enables switching between stills and video instantly. A new Movie Digital Zoom function crops the sensor from 3x to 10x for high level zooming while still maintaining full HD quality, while Video Snapshot mode shoots video in 2, 4 or 8 second clips, which are saved to a Video Snapshot Album for easy editing later. 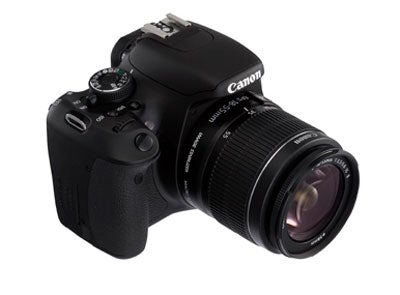 A 3inch high resolution (1.04 million dot) vari-angle 3:2 ratio ClearView LCD screen enables users of the Canon EOS 600D to shoot from high or low angles with ease, or by flipping the side-mounted hinge outwards so the screen faces forwards, to photograph or video themselves . The screen has a smudge resistant coating and three anti-reflection coatings to make it easier to see in all conditions.

A new Scene Intelligent Auto mode analyses each scene, identifies the type of subject being photographed and then sets the appropriate subject mode, while the Auto Picture Style automatically selects the processing effect it considers most suitable. A Basic+ mode (first seen in the EOS 60D) enables you to choose from one of eight filter effects to change the atmosphere of a scene.

Canon has also added the Feature Guide developed for the new entry level EOS 1100, which describes the function and effect of each key setting to make it easier for the novice to understand what they do. 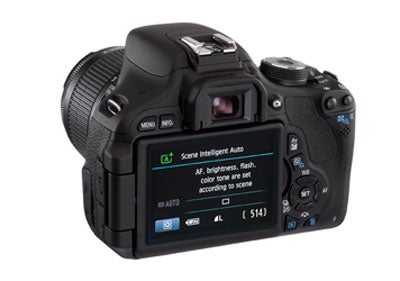 The Canon EOS 600D / Rebel T3i is compatible with the full range of over 60 lenses, and the built-in Integrated Speedlite Transmitter enables users to obtain wireless, off-camera flash with the Canon range of Speedlite flashguns. A new 18-55mm f/3.5-5.6 IS II kit lens replaces the previous version as one of the kit options. 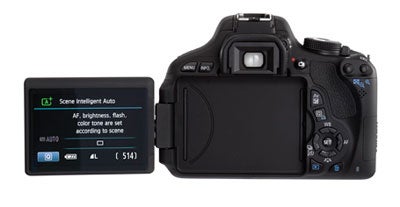 The Canon EOS 600D will be available from early April 2011 in one of three configurations, at the following suggested prices: 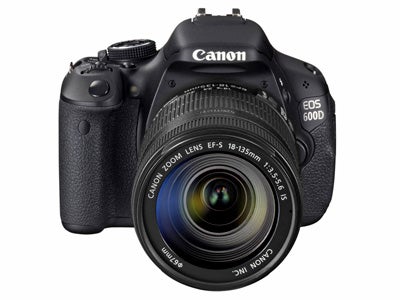