Canon has announced a new entry level DSLR, the Canon EOS 1100D, to replace its ageing EOS 1000D. Key improvements in the Canon EOS 1100D (known as the Rebel T3 in the USA) include a new, higher resolution 12.2 megapixel CMOS sensor (the EOS 1000D has 10.1MP), a DIGIC IV processor (from DIGIC III), the addition of a 720p HD movie mode and the inclusion of a new novice-friendly Feature Guide in the menu which explains what all the key features do, and the effect achieved (much like the guide systems on Nikon and Sony DSLRs). 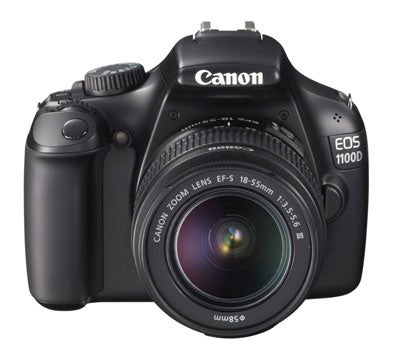 The Canon EOS 1100D / Rebel T3 is an evolutionary, rather than revolutionary, change from the 1000D. The LCD screen increases from a 2.5 inch to a 2.7 inch, 230k dot option; the number of AF points has been increased from seven to nine, and the maximum ISO sensitivity gets a major boost from 1600 to 6400. The metering system is also boosted from 35 zone to the 63 zone iFCL system as used in the EOS 7D. However, the maximum burst speed remains at 3 frames per second.

Other new features include a Basic+ mode (first seen in the EOS 60D) in addition to Creative Auto, which enables users to easily alter the ambience of a scene using pre-sets which adjust the exposure, white balance and image processing. The viewfinder has been redesigned to offer a brighter view, though it still maintains the 95% field of view. 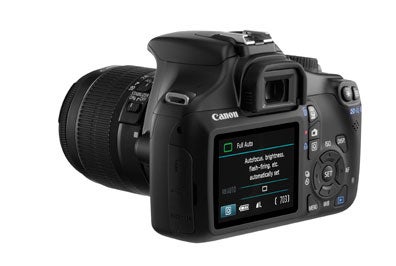 The camera features HDMI port for connection to an HDTV, and users can use the TV remote to scroll through and show images and video clips on the camera.
The EOS 1100’s support for Eye-Fi connected functions means that users can wirelessly transfer images to their home PC or to an online gallery such as Flickr.

The Canon EOS 1100D is fully compatible with the full range of over 60 EF lenses in the Canon range, along with Canon Speedlite flash and most other Canon accessories. 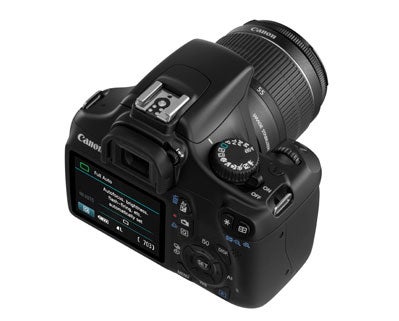 Key Spec at a glance