Adobe has announced that they’ve now optimised the Photoshop Touch app for smaller 7-inch tablets, such as the iPad Mini and Google Nexus 7.   In addition to making the app suitable for use with smaller tablets, Adobe has included new fixes and some bug fixes. Some of these latest features include new ways to share completed projects to Facebook and Twitter directly from the app. 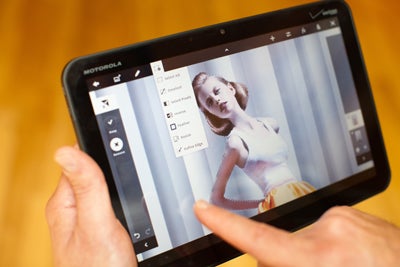 Other additions include effects such as Lens Flare, and Adobe has also reworked the way brush strokes are made to ensure they’re now smoother than before. Bringing similar types of tools and effects to tablet users who’d like to edit and manipulate their images on the move, Photoshop Touch version 1.4 is available to download now from the iTunes App store for £6.99.

If you’d like to find out how to get the very best from Photoshop Touch on your tablet, a series of how-to videos can be found here.