Thanks to the explosive growth in smartphone sales and the expansion of 3G/4G mobile broadband connectivity and the proliferation of Wi-fi hotspots many of us are now able to stay continuously connected, even when we’re out and about and well out of range of our home network.

Given this it’s hardly surprising that Wi-fi connectivity has established itself the one of the latest ‘must-have’ digital camera technologies.

Wi-fi connectivity on cameras is useful to photographers for a number of reasons. For starters, it allows us to share our images almost immediately after we’ve taken them.

It can also be used to email images to friends or clients without the need for a desktop computer, or at a more populist level to post images directly to social networking sites such as Facebook and YouTube. 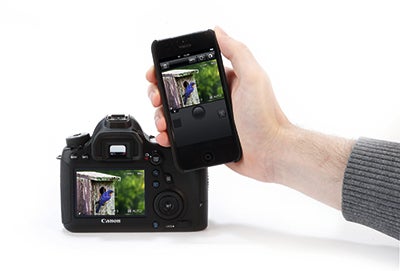 Some connected cameras also allow you to automatically back your images up to the cloud as a handy insurance policy against accidental loss or damage to your memory card, while others allow you to control your camera remotely via a smartphone or tablet.

This can be especially useful to wildlife photographers, or for self/group portraits where you want more control over the timing of the shutter release than the camera’s automatic self-timer function allows.

Last but not least, some Wi-fi cameras also enable you to send images directly to a printer without having to plug in any cables, streamlining the printing process.

Of course, there are some caveats. The main thing to bear in mind is that not all Wi-fi cameras are created equally; some are more advanced than others and the degree of Wi-fi functionality does differ between the various manufacturers and models.

While virtually all Wi-fi cameras allow you to wirelessly transfer images to a compatible smartphone or tablet, only a relatively small number can connect directly to the internet.

At its most basic level Wi-fi is a form of communications technology that uses radio waves to transmit data wirelessly from one device to another. The term ‘Wi-fi‘ is actually trademark that is owned and managed by the Wi-Fi Alliance – a trade association comprised of several hundred individual companies and interested parties.

The chief aim of the Wi-fi Alliance is to ensure interoperability between all Wi-fi certified devices and to this end all products that wish to carry the official Wi-fi logo must submit their product for testing before they can do so. This testing is based on the Institute of Electrical and Electronics Engineers’ (IEEE) 802.11 standards, which has underpinned the development of Wi-fi since the beginning.

Wi-fi as a consumer product first began to surface at the turn of the millennium, and has since gone on to become the dominant wireless protocol for users of small communications devices such as smartphones, tablets and computers.

These days, Wi-fi is also big business with all of the major telecommunications players offering Wi-fi ‘hotspot’ access to their customers.