What affects your lens choice in any or all situations? Budget is obviously a factor but lens choice is also affected by whether or not you take pictures professionally. 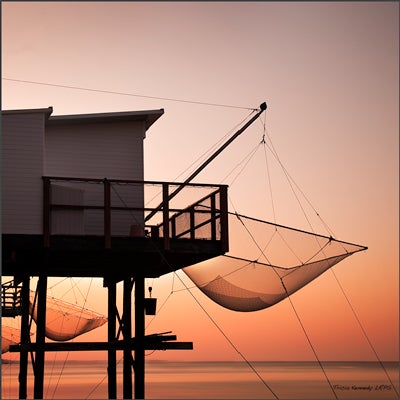 By an amazing coincidence, I was lucky enough to be asked to judge the Jersey Photographic Club’s annual Trophies competition recently, in the same week that What Digital Camera’s May edition reported the results of a poll asking readers whether they would like to do photography on a professional basis. The common factor that links these two events is amateurism, by which I do not mean something that is done badly but rather something that is done for love rather than money (“amateur” having come from the Latin and French words for lover). And that, believe it or not, can have a huge impact on your lens choice both in general and for specific situations.

One of the little-appreciated aspects of turning professional is that it limits your lens choice by limiting your camera choice. Being an amateur gives you the freedom to choose your own subjects and the kit with which to photograph them. Professionals tend to be more restrained in their options; professionals are expected to use “professional” kit and this tends to sway those people towards the likes of Nikon, Canon and Hasselblad.

When I worked in the press arena you had to be using Nikon or Canon because the chances of being able to borrow or hire a specialised lens in another mount were very small, so your lens choice was more-or-less decided in advance. The late Terry Fincher, who was the top all-round photojournalist of his day, promoted Olympus SLRs but most people stuck with Nikon and Canon.

Back at the JPC’s competition evening, I was stunned by the wide variety of work that had been entered, much of which could easily have come from the lenses of working professionals. People whose notions of “camera clubs” are stuck in the contradictory rut of glamour shoots and stuffy conservatism would have had the rug pulled well and truly from under their feet that evening.

Not only was a lot of the work very well executed but also it was often appropriately presented with crops that enhanced the subject rather than being confined by the proportions of the sensor used. This is important because one of my concerns in the digital arena is that sensors tend to be rectangular yet there are many times when a square composition would suit the subject so much better. The Cartier-Bresson crowd will disagree but if cropping an image makes it better then clearly it is in the interests of good photography to perform the crop.

This too affects your lens choice because when an image is cropped it is often effectively being viewed at a higher enlargement, testing the image quality of the lens used. My own top lens choice of all time would be the Zeiss 100mm f/2 Planar, which I borrowed for a while many years ago with a Contax RX 35mm film body. The visual sharpness of that lens was nothing short of stunning and I instantly wanted to trade-in my Nikons for a Contax system and the 100mm Planar in particular. I didn’t because I couldn’t – and that was a huge shame.

The message, therefore, to amateur photographers everywhere is to enjoy your amateurism and the freedom it gives you to make whatever subject, camera and lens choice you may fancy: it is a luxury that professional photographers do not always have.