Rule of Thirds – Using It

Using The Rule Of Thirds

The rule of thirds, as previously mentioned, has its roots in the study of landscapes in classical art. As such, the best place to begin to think about implementing the rule is in conventional landscape photography. One of the initial observations as to why the study of a landscape would be best suited to some kind of rule was that it would avoid the frame being dissected straight through the middle by the horizon. With this in mind, why not visit your favourite landscape location and experiment with placing the horizon roughly in the top third or the bottom third of the frame? You’ll find that this simple shift can transform the look of the image and even bestow upon it a completely different character that you’d previously failed to capture.

Though the rule of thirds is traditionally viewed as a compositional tool best suited to landscape photography, that’s not to say that it doesn’t suit other subjects. When shooting portraits, for example, it’s always a good idea to avoid placing the subject in the dead centre of the frame. Aligning the subject’s eyes with the line dissecting the top third of the image is a technique often used, and when shooting in portrait format in general the main focal point of the subject is well served when placed at either top-left or top-right point of intersect. Architectural photography can also benefit from the rough implementation of the rule of thirds. The arrangement of converging verticals and leading lines through the image has maximum impact if directed to an impact point. 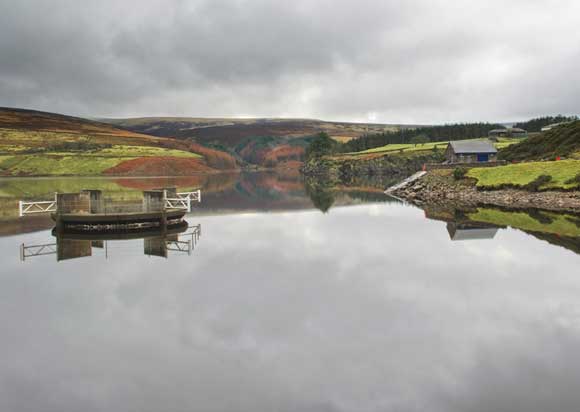 A good rule of thumb when attempting to observe the rule of thirds is to try to leave the centre of the image free of any subject matter. This creates negative space, which draws the eye to other elements within the frame, such as the boathouse and drain in this shot, and the horizon in the distance.

Know Before You Go!

Set Up Your Grid

Have a look at the settings on your camera and see if you can apply a three-by-three grid to either your LCD or viewfinder.

Try shooting both portrait and landscape, experiment with negative space and work with the impact points.

Be Prepared To Move

Don’t worry if you’re struggling to get the right shot first time around – take time to move around and get the shot.

Line up the horizon perfectly level with either of the horizontal lines, for maximum impact on a landscape image.