My Digital Camera Special – Wildlife Photographer of the Year 2009 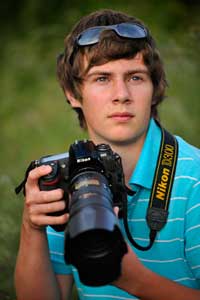 15-17 Years Old – Winner with ‘Clash of the Yellowhammers’

‘I woke early, got into my hide and waited,’ explains Fergus. ‘After a few hours, the garden was full of birds. At one point I counted 32 yellowhammers feeding on the ground. After another couple of hours, more snow fell and the yellowhammers began jumping up and feeding on the sheaf. Every so often I would see a fight between two males over ownership of the oats, but the spats were incredibly fast.’ 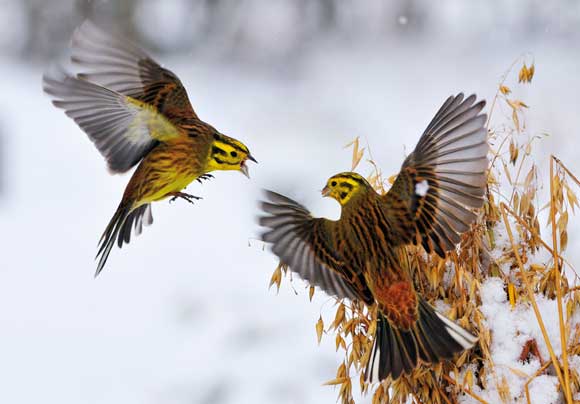 Nature in Black and White – Winner with ‘Starling Wave’

Starling populations in the UK swell in December and January as birds from the Continent head for milder wintering areas. Huge flocks roost in many spots throughout the country, and as Danny has been working on a long-term project to photograph these impressive roosts, he has visited most of them. ‘This gathering,’ says Danny, ‘was by far the most impressive I have ever seen.’ The location was Gretna Green, Scotland. The stage was set: a perfect evening, hundreds upon thousands of starlings. And then the main character appeared, off stage-left – a peregrine falcon, which sent ripples of pulsating panic throughout the entire flock. ‘I used a slow shutter-speed,’ says Danny, ‘so I could accentuate this lovely sweeping movement as the birds exploded over farmland and trees to escape the hunting peregrine.’ 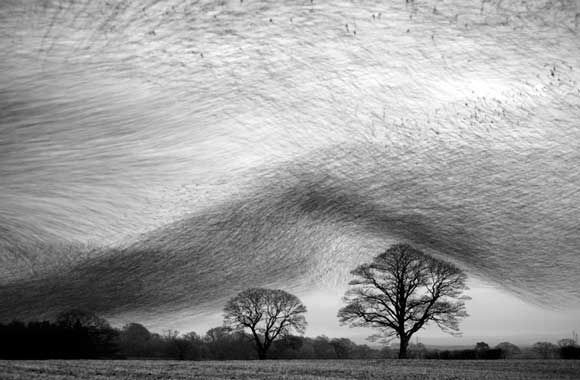