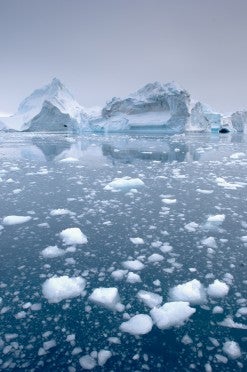 In terms of camera equipment, Jeremy kicked off with Nikon and has remained with them ever since. ‘I left college in 1985,’ said Jeremy, ‘and had a Nikon F2A. This has now zipped forward to a Nikon D2X today, and there are aspirations to get a Nikon D3 in the not-too-distant future.

‘Even though some people quickly opted for Canon in the digital revolution. I stuck with Nikon. There’s more to life than megapixels. It’s the useability of Nikon that really makes it stand out – when I pick it up, all the buttons are exactly where I want them. Then there’s the ruggedness – Nikon bodies are robust and more than up to the tasks I ask of them. I also find the optical quality of Nikkor lenses second-to-none.’

But what does the future hold for a man who has already acheived a lot in the world of photography – both in a personal and professional way? ‘It would seem that the stock image market is falling flat on its face,’ said Jeremy. ‘The industry is changing rapidly and it’s not like it once was, so, although I’ll still do this sort of work, it’s not where the future lies. But in terms of what I want to do personally, I’d certainly like to write a book. Not so much a ‘how to’ book, more of a coffee table read, something showcasing my work. I’ve been to a publisher, and hopefully something will materialise. I can also see myself doing more commercial work – especially architecture, which has always been a huge passion of mine. Even though people opted for Canon, I stuck with Nikon.

Above right: This image was captured as a stock photo to illustrate global warming, it was taken with a Nikon D2x using a 16mm fisheye