Moving Photographer
I took a ride in a Tuk Tuk while I was shooting in Bangkok. This is easily the best way to get around the city and I wanted to give an idea of what the ride was like. The vibration is quite something. To begin with I shot at a fast shutter speed but this really did not convey the hair-raising ride that I was taking.

When I slowed the shutter down to 1/15th of a second, as shown in the picture on the right, the reality of the ride was so much better portrayed. 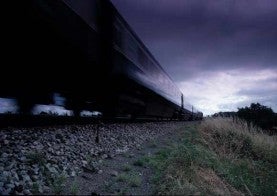 Moving Train
For this shot of an express passenger train I chose a deliberately low angle and selected a 1/8sec shutter speed. As soon as the train was alongside me I took the shot. The front of the train which was nearest to me is now blurred, but the rear of the train, although moving at the same speed, appears sharp and helps us define exactly what it is. If I had used a slower shutter speed the whole train would have been blurred and it would have been difficult to distinguish what type of train it was.

Moving water
I had to clamber down a ravine to shoot this waterfall (below). I took shot ‘A’ with a shutter speed of 1/500sec. This has virtually ‘frozen’ the water and resulted a very static shot. By having the camera on a tripod to keep it steady I then chose a shutter speed of 1/4sec. This gives a feeling of movement to the water by blurring it. It now seems to be cascading over the rocks with more force, and it also appears to add a degree of tranquility to the overall composition. 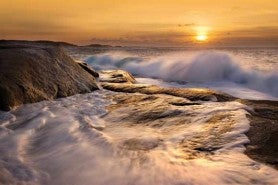 For great moving water shots, head for the coast. The constant ebb and
flow of the tide makes for a great subject for slow shutter speed
effects.

An SLR Or Advanced Compact

You need a camera which offers a good range of manually controllable
slow shutter speeds, preferably beyond a second in duration.

This will keep the camera steady so that the parts of your shot that aren’t moving will remain sharp.

Often when using slow shutter speeds the camera can move – even when
it is on a tripod – when you press the shutter release button. A cable
release will ensure a smoo 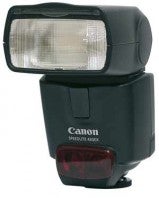 If you’re shooting in bright daylight it isn’t always possible to use
a slow shutter speed without overexposing your shot. A neutral density
filter placed over the lens will help to cut down the required exposure.

1 Use the Shutter Priority mode on your camera. This lets you select the shutter speed while the camera takes care of selecting the aperture.

2 The slower the shutter speed, the more indistinct your subject will be. If you use an extremely slow speed your subject could disappear altogether.

3 If there is too much light, use the lowest ISO setting or fit a neutral density filter to the lens.

4 Although you can place your camera on a wall or brace yourself against some suitable object to keep the camera steady, there is no substitute for a good tripod.

5 Remember that when using shutter speeds in excess of 1 second the drain on the camera’s battery can be considerable; so make sure that you have a reserve battery.

6 Long exposures can result in grainy or noisy images. If your camera has it, set the noise reduction mode to reduce this.