We’ve all seen those pictures where only a thin sliver of the image is in sharp focus, while everything else, whether in front or slightly behind the focal point, drifts into a blur. Such pictures are designed to draw your attention to a single area of the image, be it a person’s eyes, a flower in a field or an element in a still life. Done well, such images have enormous impact. There’s no trickery involved in creating this effect, but there are a few simple techniques that you’ll need to master to achieve the same effect yourself. 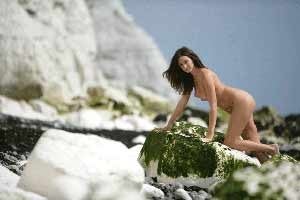 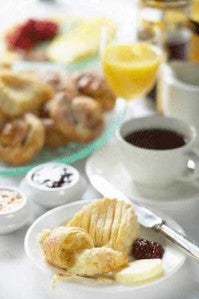 Still life
Another area where I use the aperture wide open is when I’m shooting food or still lifes. In these cases you can really make a point of the main subjects – in this case the pastry. Even though there is minimum depth of field in this shot, the pastry is pin-sharp. 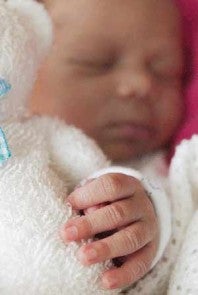 Isolating detail
Wide apertures help to isolate detail. I was photographing this sleeping newborn baby when I became fascinated by its tiny hand. I decided that was to be the focus of interest but I still wanted to see the baby’s face. This time I used a No 2 extension tube, which allowed me to focus really close. Depth of field diminishes the closer your point of focus, so the combination of the extension tube and wide aperture created a really shallow zone of focus. The wide aperture also enabled me to shoot without flash.

Using a telephoto lens
One of the other benefits of using a
wide aperture is that you can use a faster shutter speed. This is
advantageous if your subject is fast-moving and you need to track it in
the viewfinder. This was the case when I was photographing a butterfly
and it only stayed on one of the flowers for a few seconds. I used a shutter speed of 1/1000th and an aperture of f/2.8. The shutter speed
was fast enough to eliminate camera shake and to freeze any movement in
the butterfly’s wings. By reducing the depth of field, the focus
concentrated on the butterfly, while still allowing the viewer to distinguish the
colourful flowers that made up the background.