Which company is the world’s biggest digital camera manufacturer? I was at a conference last week (nothing to do with photography, at least not directly) and the answer to that question was given almost as an aside.

It seems that for some years now, more digital cameras have carried the Nokia name than that of any other manufacturer. You may think this is cheating: many people who buy a Nokia do so because they want a cellphone not a camera but in fact cameras are communications devices too (remember the saying that a picture is worth a thousand words). And nowadays you can get a pretty decent picture from some cellphone cameras. 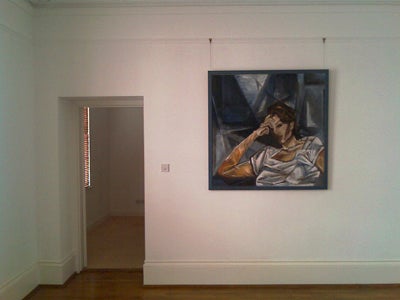 This camera-phone picture isn’t the most exciting image in the world but what would it look like if you were to press the shutter whilst spinning around? The answer may surprise you… Photograph (c) Jon Tarrant.

The trouble is that I suspect there are many, many fewer camera-phone prints made than there are prints made from pictures taken using dedicated digital cameras. Given that camera-phones are now almost ubiquitous, this has to be very bad news for photography as a medium for social documentary. What chance will there be of finding a shoebox full of old prints in years to come?

The lenses that are fitted inside camera-phones have to meet particularly stringent requirements, especially when it comes to overall size. Bulky zooms are clearly a no-no but it is possible to make change the focal length of a lens (make it “zoom”) simply by changing the profile of the lens surface – and the easiest way to do that is to have a liquid lens that is reshaped by the application of a gentle force. Nevertheless, high pixel counts mean that zooming is normally a digital exercise rather than an optical one (although the first true optical-zoom cellphone was launched by Sharp as long ago as 2004).

It is interesting to play around with camera-phones to explore their imaging characteristics. For example, I have an HTC Touch that blurs images diagonally. I discovered this while I was waiting for the final removal van to finish-off my house move last year. Out of boredom, and with only a large painting hanging on a large white wall, I tried spinning around to see what the picture would look like. The answer is shown below. 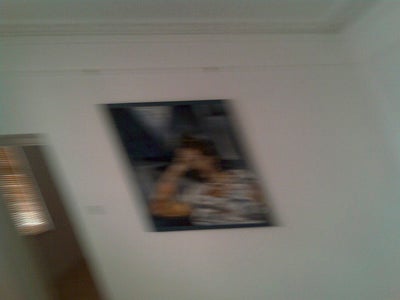 Here is the diagonally-blurred image, captured using an HTC Touch camera-phone. What is the explanation for the diagonal distortion of the painting on the wall? The answer will be revealed next week. Photograph (c) Jon Tarrant.

What is the significance of this? It would be nice to think that the omnipresent nature of camera-phones will lead to greater documentation of everyday life on the one hand and artistic experimentation on the other. Only time will tell if that is the case. Perhaps it is time for Nokia, as the world’s biggest camera manufacturer, to become the world’s biggest sponsor of photography? And how long will it be before WDC carries its first portfolio of work shot entirely on a camera-phone?