What is image stabilisation, where can you find it and how to use it

Image stabilisation refers to a number of techniques used to obtain sharp, blur-free images. They can be found in both camera bodies and lenses, and range from simple electronic adjustments to expensive physical systems, each with its advantages. So which image stabilisation system should you be using, and when? And are there any downsides to having it?

Whenever you shoot in low light or use a long lens, or if you simply aren’t holding a camera steady, you risk introducing camera shake into your images. This manifests itself as a blurring of details, and unlike other image quality issues it’s not something that can be fixed in post-processing.

It’s important, therefore, to get it right as you capture, and image stabilisation is perhaps the easiest way to do this. You can largely leave it to its own devices, and the result is typically an extra two to four stops of shutter speed past the recommended level, although this varies between systems. 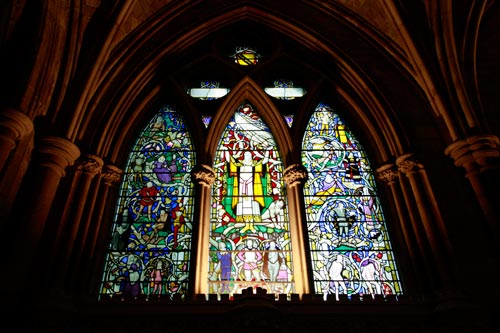 Image: Image stabilisation is particularly handy when shooting static subjects in low light, such as the inside of a church.

Why we need image stabilisation

We’re not always blessed with ideal shooting conditions or the right equipment, and sometimes it’s necessary to push the equipment we are using to the limits. Image stabilisation steps in to offer a little insurance in these conditions, and each of the three main types have been proven to be effective.

Image stabilisation systems are particularly handy in the case of very small and light cameras which may be difficult to hold steadily, although they are equally useful with heavier camera/telephoto lens combinations, where the weight of the two, and the faster shutter speed that’s necessary with telephoto lenses, may give rise to camera shake.

Take a look at the images below the first was taken using a Nikon D3000 and an
18-55mm f/3.5-5.6G VR lens, Nikon’s Vibration Reduction has helped to
stabilise this otherwise-blurry image. The second image shows the same shot without vibration reduction. 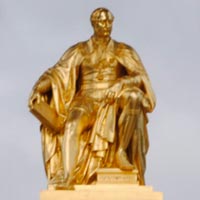 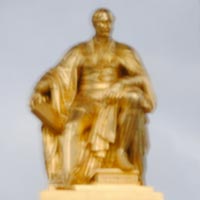 Of course, there may be times when you may wish to deactivate any kind of image stabilisation system you may be using. You may be shooting creatively for the purpose of achieving image blur, or image stabilisation may be inappropriate for the subject you’re shooting, and you may simply require a faster shutter speed.

You may also be using a tripod, in which case image stabilisation will be both unnecessary and potentially detrimental to image quality, although some systems automatically sense when you are using one, and will turn themselves off automatically.

Another time when you may need to deactivate image stabilisation is when panning a subject, although this situation is handled differently by manufacturers. As with tripod mounting, some systems automatically recognise when you are panning and will deactivate stabilisation over the appropriate axis, while others (both sensor- and lens-based) may have a separate mode for this which you will need to select yourself. If the camera/lens combination you are using has no way of recognising panning, you may need to deactivate it completely.

Manufacturers have different names for lens-based stabilisation, but they all largely work in the same way.

Manufacturers have different names for lens-based stabilisation, but they all largely work in the same way.

All but the cheapest compacts offer image stabilisation, and the easiest solution from the manufacturer’s point of view is one based on sensitivity. This adds nothing to the manufacturing of a camera as it’s simply the ISO which needs to be adjusted, easily handled by the camera’s firmware.

With this type of image stabilisation, the camera looks at the focal length and shutter speed being used, and decides whether the two will create a sharp enough image. If it deems them to be inadequate the camera’s sensitivity will be raised, which in turn increases the shutter speed, but the resulting signal will need to be amplified to a greater extent.

The image is still captured sharply as a more appropriate shutter speed has been used, but this process gives rise to noise which is typical with images captured at higher sensitivities. For this reason other systems are preferable in more expensive cameras and lenses. In many compacts, this method is often complemented by sensor-based stabilisation.

Sensor-based stabilisation also uses information such as focal length and shutter speed on which to base its calculations, but instead of adjusting the sensitivity the camera physically moves the sensor.

The sensor will typically be mounted on a platform, which will move to compensate for any movement when the camera senses it is necessary.

Minolta first introduced the feature in its DiMAGE A1 camera back in 2003, and, after merging with Konica, incorporated it into the 7D DSLR.

Sony continued the feature when it took over Konica Minolta’s imaging business, and was soon joined by Pentax, Olympus and others. All three companies continue to use the system today, and it has since been adopted by other manufacturers for their own hybrid systems and compacts.

In the case of DSLRs and hybrids, this type of image stabilisation brings the significant advantage of allowing lenses to be made smaller, lighter and cheaper (as they do not need to incorporate any form of image stabilisation themselves), and is effective with virtually any mounted lens. This is particularly handy in the case of older lenses which predate image stabilisation technology, although it may be necessary to first input the focal length of the lens into the camera, depending on the lens, camera and the nature of communication between the two.

Lens-based image stabilisation came just before digital cameras were made accessible, but the two have more or less evolved over a similar space of time.

Today, the technology is found in a range of optics manufactured by Canon and Nikon (particularly those targeted towards the professional), as well throughout the ranges from independent lens manufacturers Sigma and Tamron. Panasonic also uses the system in its lenses designed for the Micro Four Thirds system, as well as those found in its Lumix range of compacts.

Lens-based stabilisation systems typically work by shifting a lens group towards the rear of the lens on a plane perpendicular to the optical axis.

This is done with the help of two gyro sensors inside the lens, one for yaw and one for pitch. These notice the angle and speed of any movement, and this information is fed to a microprocessor which computes the necessary adjustments needed to be made by the lens group. By doing so, the light’s angle of refraction is changed so that it hits the sensor in the right place.

Manufacturers of these systems claim that this type of stabilisation is the most effective as it can be tailored specifically to the objective in which it us used. And, as stabilisation takes place in the lens, the photographer is able to view the effect through the viewfinder.

Typically this activates once the shutter release has been half-depressed, although it is possible on different camera/lens combinations to set when the stabilisation begins, such as only at the moment of capture, for example. This has the additional benefit of conserving power, as, left on all the time, lens-based image stabilisation systems can eat up battery power fairly quickly.

One recent development in this area is Canon’s Hybrid IS system, which offers two types of correction.

The first is via an angular velocity sensor which notices rotational shake, which is found in existing image-stabilised lenses.

The second – and what makes the Hybrid IS system different – is a separate sensor for noticing camera shift (linear) movements, such as when a camera moves up, down, left or right while remaining parallel to the subject. Canon claims that by incorporating both sensors camera shake is better corrected.

Most cameras and many lenses now incorporate some form of image stabilisation, but what’s the alternative if yours don’t? Here are a few tips for achieving sharper shots:

Try opening up your aperture or changing your shooting position to increase the light coming into your camera.

Sensitivity
One of the easiest options is to adjust your camera’s sensitivity, although doing so will increase the possibility of image noise.

Of course, a sharp and noisy image is generally preferable to a blurry noiseless one, as you can always remove noise in post-production, but it’s important to know the limits of your camera. If you need to make a significant adjustment to your camera’s sensitivity, it’s probably a better idea to try another option first.

Flash
While not always appropriate, a little extra illumination is always helpful when trying to freeze movement. The pop-up flash on a DSLR can help a little, but a more powerful external unit will be even more helpful.

Tripod/monopod
Tripods and monopods provide stability for your camera, and so increase the shutter speeds that are safe to use.

They’re best suited to more considered photography, such as landscapes and macro work, rather than snapshots, and they’re essential for any type of long exposure.

Technique
It’s always useful to know whether you can do anything about the way you shoot to help reduce camera shake. Common examples include holding your breath, leaning against a wall or another support, and bracing you arms against your body.