The honour of best display goes to the Nikon J2. Not only is it the most fluid and responsive out of the three, but its viewing angle is also noticeably better than the others, particularly the NX1000 which is disappointingly poor in this respect. The NX1000’s display is perceptibly brighter than the F3’s, which makes it easier to see the scene, although details on the F3’s screen have noticeably more definition (similar to the J2’s), even if this does introduce some minor false colour patterning in particularly fine areas. 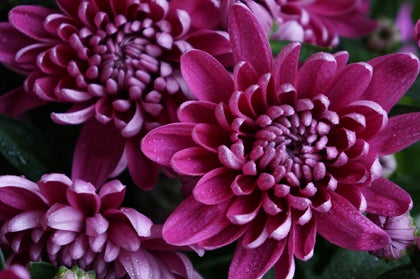 The J2 also manages the best overall focusing performance, with less delay when bringing subjects into focus. This is perhaps due to the Hybrid AF system which combines both phase- and contrast-detection AF through an unorthodox sensor construction (the other two cameras employ a more standard contrast-detect AF system). With their respective kit lenses the J2 also focuses the quietest, with the F3 not too far behind and the Samsung once again taking last place. This may not seem important, but for the many situations where discretion is key it’s worth considering. 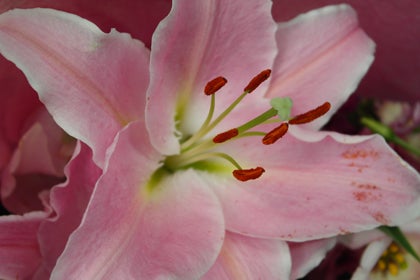 Each camera’s kit lens is also very differently designed. The NX1000’s 20-50mm optic and the Nikon’s 10-30mm lens share a locking feature whereby the inner barrel can be safely stowed away inside the outer barrel when not in use. On the NX1000’s 20-50mm lens, the manual focus ring is also used as part of the iFunction functionality. It is used to cycle through various shooting options – just as well, as it’s fairly easy to turn, in comparison with the Sony’s 18-55mm manual focus ring, whose stiffness may admittedly be preferred by some when focusing manually. Nikon’s 10-30mm objective is the only one out of the triplet of lenses not to incorporate a focus ring, and the choice of dimpled rubber for its zoom ring is curious in that it’s considerably less tactile than the ribbed plastic and metal alternatives on the other two lenses.

The fact that image stabilisation is offered by neither the Samsung NX1000 nor its 20-50mm lens means that in certain situations where the F3 and J2 indicate no risk to image blur, these will be more problematic for the NX1000. It’s unfortunate that although the NX1000 comes supplied with a small hotshoe-mounted flash (which would obviously be of benefit in low-light conditions) it’s the only model not to have it conveniently integrated into the body itself. 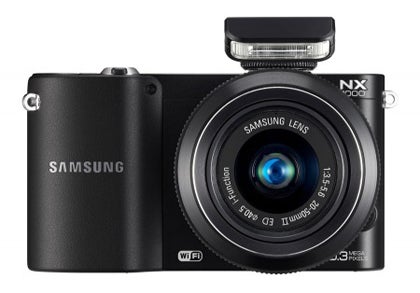 The NX1000’s lack of image stabilisation is also relevant when recording videos, with clips from the NX1000 appearing jerky in comparison with those captured by the other two camera/lens combinations. The J2’s on-board microphone shows itself to be more sensitive than the others, and with better overall sound quality when played back, with the F3’s microphone coming second and the NX1000’s slightly more muffled sound putting it in last place. 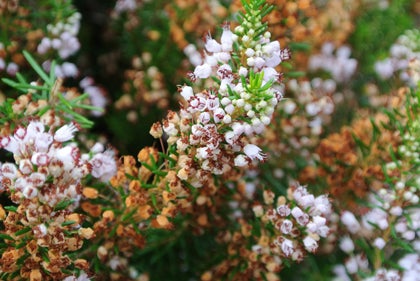 Something which becomes very apparent during use is the difference in write times between the three cameras; while the J2 and F3 happily flush away a single Raw+JPEG image within a couple of seconds to a Class 10 SDHC card, the NX1000 takes around five to six seconds to perform the same task. Naturally, this increases following a burst of images, with just three Raw+JPEGs often taking over 20 seconds to fully process. This is possibly the camera’s most annoying attribute, and definitely something to bear in mind if you envisage using the continuous shooting mode often. 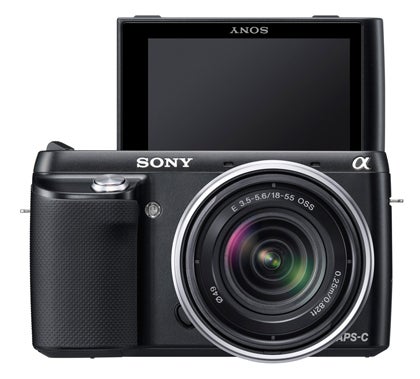 All three cameras have the ability to shoot panoramic images in one continuous pan of the scene. The NX1000 helpfully displays the stitching as you go. Both the J2 and the F3 stitch these together in a matter of seconds, although the latter camera uses its physical shutter to do so which makes it less discreet during capture. All three manage to process these in a matter of seconds, and the Samsung helpfully displays the image as it is stitched, but it’s also the only camera not to play the image in a video-like fashion which is a little disappointing. 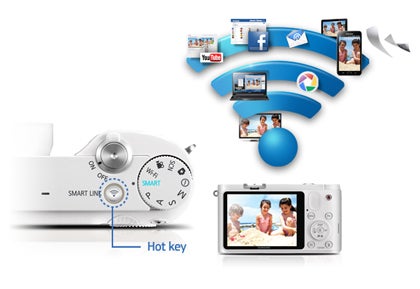 Finally, the NX1000’s wireless functionality works well, quickly connecting to local networks and uploading images to social networking sites with little fuss. Although the other two cameras lack this functionality, they can be used with Eye-Fi cards to achieve the same aim, although this would be an additional expense.