Even with the few similarities between the design of the three models, such as the rotating menu pad dial and dedicated movie-record button, each offers a different combination of aesthetics, handling and operation. The J2, for example, is the only model to lack a grip of any sort; this allows for a more streamlined design at the expense of comfortable handling. The grips on the other two are defined and substantial, with each bearing a slight texture for a secure hold. This texture seems to make more sense on the F3’s grip, as it’s far too smooth on the NX1000’s grip to make any significant difference. 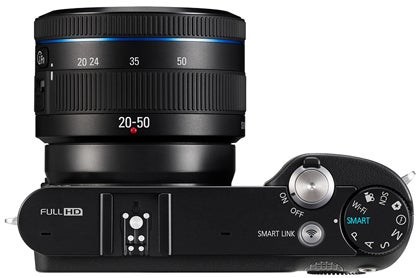 The build quality of each camera is as high as expected for such models, with predominantly plastic bodies complemented with a handful of metal details, although it’s the Samsung NX1000 which seems keen to keep things as plastic as possible. This extends to the kit lenses of each camera, with the Samsung NX  20-50mm optic having both plastic mount and outer casing, and the Nikon 10-30mm improving this with a metal ring around its front. Only the Sony 18-55mm lens boasts an all-metal outer casing and metal mount. 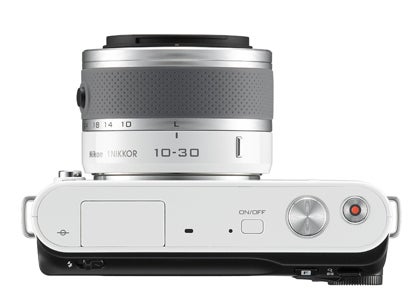 With its mode dial and button-laden rear, the NX1000 is keen on providing all main shooting options by way of physical controls. For this reason it’s perhaps most suited to those used to the control of a DSLR or bridge camera. The NEX-F3’s lack of buttons and external labelling means that selecting these same functions is more of a menu-based affair, while the J2 fits somewhere in between, with a smart, minimal top-plate and front contrasted by a range of physical controls on the rear. It’s a shame, however, that manual and semi-manual exposure options are not included on the J2’s mode dial itself, with these accessed through the menu system instead (particularly as half of the rear dial is left unoccupied by options of any kind). 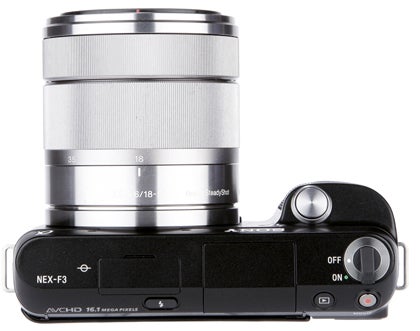 These external differences are mirrored in the structure and design of each camera’s graphic user interface. The J2’s continuous stream of options and the division of these into just three sub-menus makes it the easiest to navigate with the menu-pad dial, while the F3’s six sub-menus means selecting the desired setting takes a bit more effort. The NX1000 strikes a happy medium, with a slightly more complex menu structure than the J2 but the bonus of an Fn screen which herds all common options into one screen for quick access.