Apple iPhone 5s Review – We put the camera on the new iPhone 5s through its paces and compare it with its predecessor, the iPhone 5. How much better is it? Find out in our iPhone 5s review.

£549.00
Another year another iPhone, and another round of cries of disappointment that it looks the same as the previous one. But under the surface the new Apple iPhone 5s has had some significant upgrades over the iPhone 5. Crucially for photographers some of these revolve around the camera. Add to that the new Camera and Photos apps built into the latest operating system, iOS7 (which anyone with an iPhone 4 or later can install) and you have a significantly enhanced experience for iPhone photographers than we had six months ago.

But with picture-taking being the third most popular activity on smart phones the camera is the new battleground among the big players, and huge strides in picture quality are being made in this area by Apple’s rivals, especially Nokia. So are Apple’s enhancements enough to keep the iPhone ahead of the pack? Let’s find out… 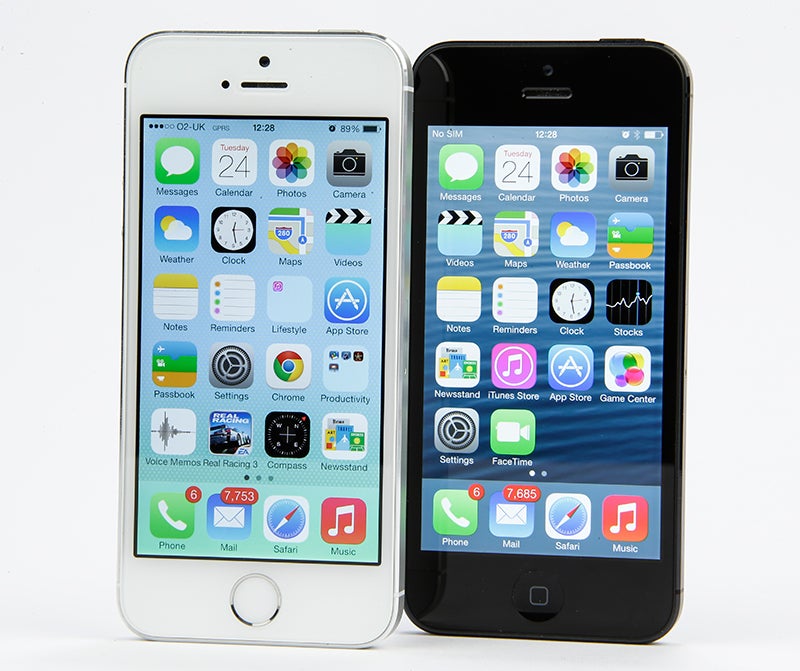 Firstly lets rattle through some of the key non-photographic enhancements on the iPhone 5s, some of which have an indirect impact on the photography experience.

The headline grabber is the Touch ID feature that enables you to unlock the phone using your fingerprint. Just touch and hold your digit on the home button and voila. Setting it up is easy, and it really works, as long as your finger isn’t wet. It can store up to five prints in the phone’s memory too, so other family members can get in, and if all else fails the passcode is still there as a back up.

The A6 processing chip on the iPhone 5 has been replaced with the next generation A7, which has been re-engineered with 64-bit architecture (a first for a smartphone) providing what Apple claims is desktop-level performance for the first time on a phone.

Twice as fast as the A6, this enables the use of graphic effects previously only possible on desktop computers and games consoles, and also provides a direct benefit for photographers, which we’ll come onto shortly. Apple has also added a new M7 coprocessor, which measures the motion data provided by the accelerometer, gyroscope and compass, taking those jobs away from the A7 so it can concentrate on everything else.

The M7 is big news for developers of fitness and running apps, but it also helps extend the iPhone 5s’ battery life by reducing the strain on the A7 chip. 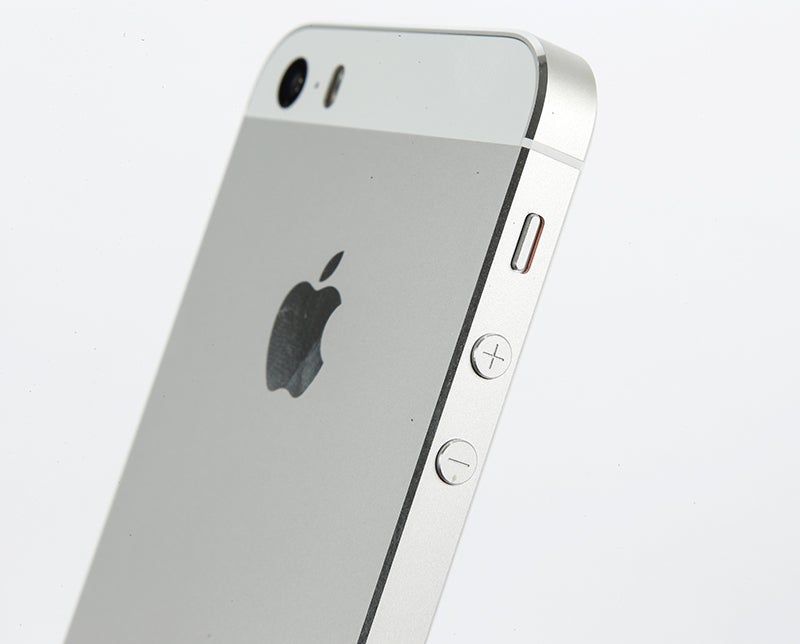 Both the forward facing FaceTime camera and rear facing iSight camera have been upgraded, with new sensors featuring larger pixels. The FaceTime camera’s sensor is now a backside-illumination type sensor for better quality selfies in low light. But unless you’re very vain, or spend a lot of time using Skype and FaceTime, it’s the iSight camera that’s the most interesting.

Here the sensor has been increased in size from 1/3.2″ to 1/3″ – an increase in area of 15% – while maintaining the same 8 million pixel resolution. This has boosted the size of the individual pixels to a larger than average 1.5 microns, which improves their light sensitivity. This, combined with a slightly wider lens aperture, results in a 33% increase in light sensitivity over the iPhone 5, which should make it perform better in low light.

For those occasions where you need extra help Apple has introduced what it calls TrueTone flash- a first for any camera, on a phone or otherwise. It uses two LEDs, one balanced for daylight and the other for tungsten light, and by varying the ratio of each is able to match the colour temperature of the flash to that of the ambient illumination, resulting in more natural looking flash pictures. With normal flash people in warmly lit environments, such as a restaurant, can end up looking a little blue, while the surroundings look too orange.

The new Image Signal Processor and faster sensor enable the iPhone 5s to shoot high speed bursts at 10 frames per second for as long as you keep your finger on the button, or until you run our of storage. The phone analyses these images in real time, assessing each one for sharpness and even looking for people with their eyes closed, and then draws your attention to those shots that it considers the best, which you can ignore if you like.

The iPhone lacks the optical image stabilisation of rivals Nokia, but it does attempt to address the problem of camera shake by taking a burst of four images almost instantaneously, then combing the sharpest bits of each shot into one. Although no substitute for a true optical system it should deliver better results than the crude method of simply raising the ISO used by some other rivals. 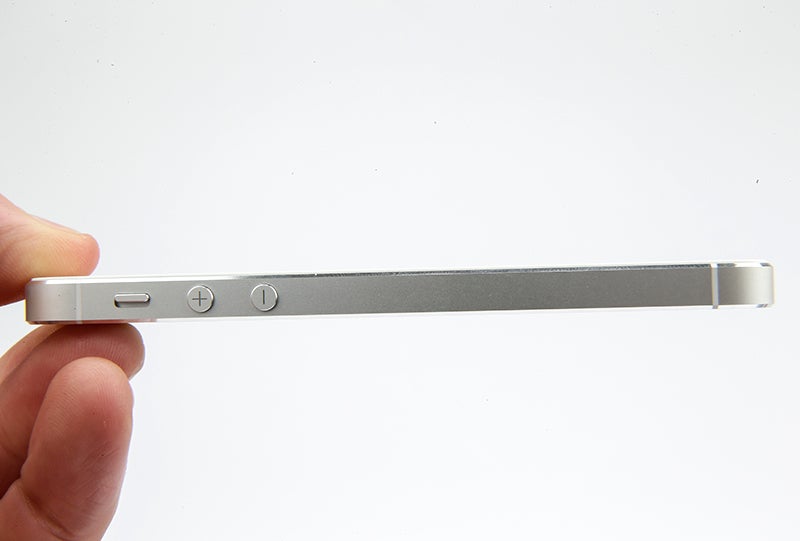 One of the problems with most panoramic apps is that the exposure is set from where you start, so if the brightness of your scene changes as you pan those areas will either be too dark or too light. That was the case with the iPhone too, but now it adjusts the exposure as you pan – which is cleverer than it sounds as it then has to blend all these images seamlessly together into one. It has also boosted the quality by increasing the frame rate from 20fps to 30fps.

The big new addition to the video feature set is the ability to shoot slow motion movies at 120 frames per second, which plays back at quarter speed. Better still you can create that effect which you see in the movies, where you suddenly switch to slow-mo from normal speed, then back, in a single clip.

You can edit the bit where the slo-mo starts and ends, and even re-edit later on. You can of course do this sort of thing on your desktop afterwards with the right software, but it’s pretty cool to be able to do it on the phone and share it immediately.

You can also now zoom up to 3x while video recording by pinch-and-zooming with your fingers on the screen. 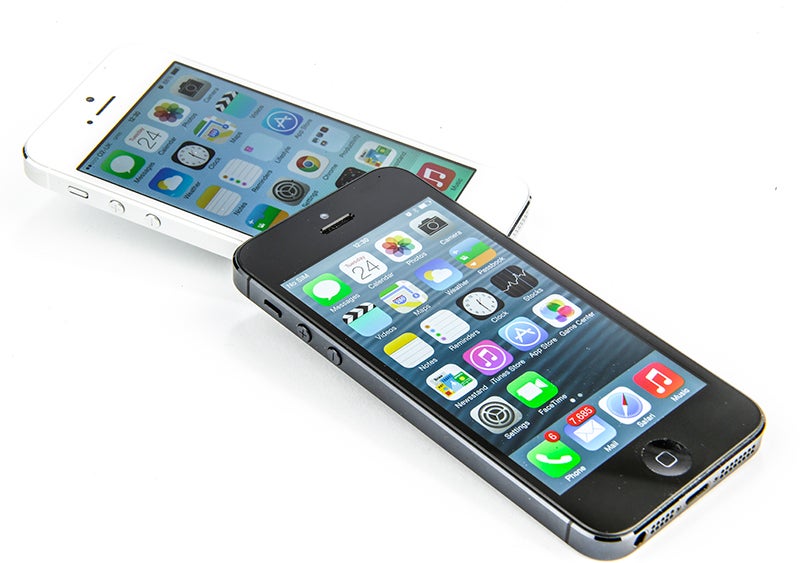 The iPhone 5s runs on the latest operatng system, iOS 7, which sees the biggest change in the interface since the iPhone was introduced, and includes a number of new features for photographers. If you have an iPhone 4, 4s or 5 you can install the iOS 7 update and benefit from the following enhancements yourself.

The all-new camera app sees a new interface and introduces a few new features. As before you can get to it directly from the lock screen by swiping the camera icon. To switch between shooting modes users now just need to swipe the screen from left to right (or vertically, if the phone is in the landscape orientation. There are three photo modes – Photo (the standard 4:3 ratio image), Square (ideal for instagram) and Pano (which, as already mentioned, now shoots at 30fps and adjusts exposure as it goes). Then there’s Video and Slo-Mo video (120fps).

The flash mode, HDR and Front/Rear camera on/off toggles remain at the top, but there’s a new icon in the bottom right corner represented by three overlapping circles, which takes you to a grid of nine real-time photo filters. Each thumbnail in the grid shows what your scene looks like in one of the nine filter effects – Mono, Tonal, Noir, Fade, Chrome, Process, Transfer and Instant.

The names don’t tell you a lot but they’re the usual mix of cross-processed and faded retro colour effects, much as you’d find on Instagram. As well as shooting in the filter of your choice you can also add them retrospectively. 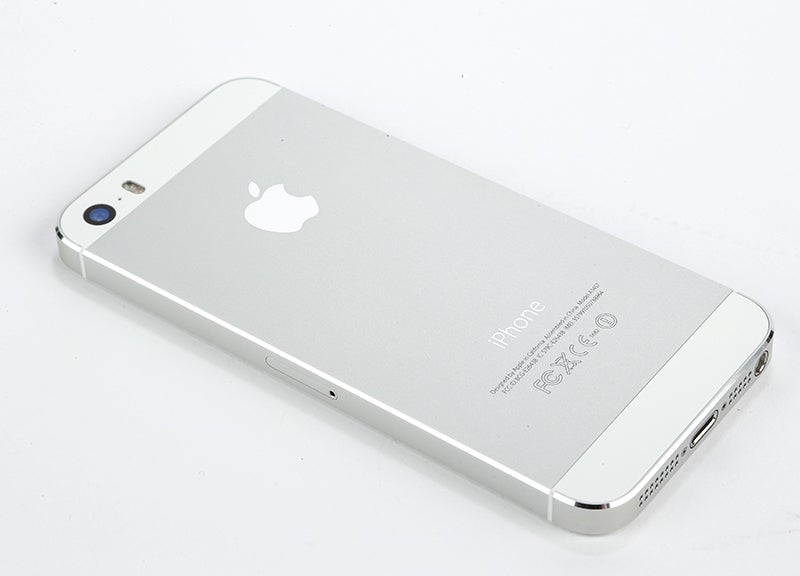 With the new Photos app Apple has attempted to sort your photos into groups to make them easier to find. As well as the usual albums, which you can create and edit yourself, the app automatically groups them into Years (which presents the images as a mosaic of microscopic thumbnails that you can pinch and zoom into), Collections (a sub-set within Years that attempts to group images into events such as holidays) and Moments (sets all taken at a specific date and time, such as a party).