£999.99
Breaking from the 16.2 million-pixel sensor used in the last few Pentax DLSR cameras, the new Pentax K-3 has an impressive 23.35 million pixel APS-C sensor, manufactured by Sony. On paper at least, the K-3 looks like the DSLR that many Pentax users have been waiting to upgrade to. 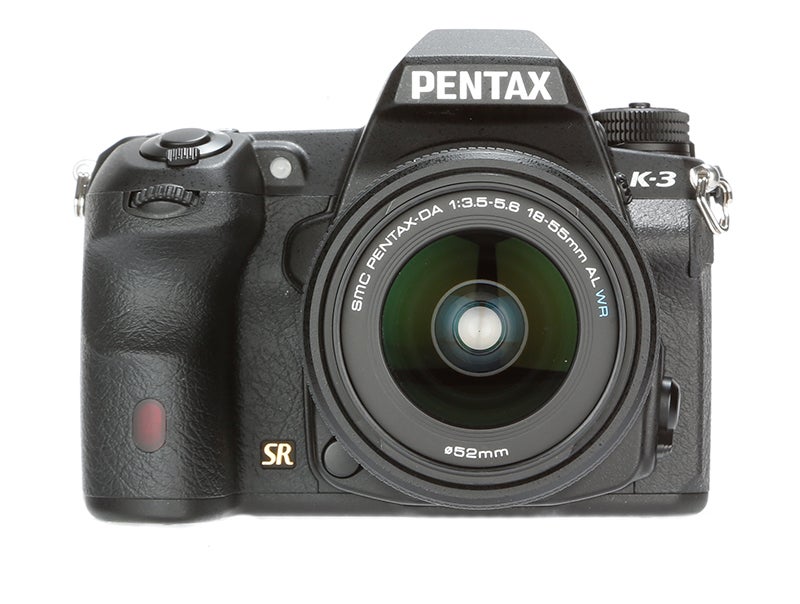 As stated, the new Pentax K-3 uses a Sony 23.35-million-pixel APS-C size CMOS sensor. This presumably is the same Sony sensor that is used in the Sony NEX-7 and Alpha 77, except the lower resolution accounts for Pentax’s in-camera image stabilisation system. All K mount lenses are stabilised on the K-3, even older manual focus lenses. The stabilisation motors can also be used to move or rotate the sensor slightly when composing very precise images, such as close-up or macro shots.

The same principle is also used with the Pentax O-GPS1 unit, to work the AstroTracer feature. This feature shifts the sensor when taking long exposure astro photographs, to prevent star trails.

But back to the sensor itself, the previous the K-5, K-30, K-5 II and K-5 IIS Pentax DSLR cameras all using a 16 million pixel sensor, so new 23.35-million-pixel resolution is a significant increase. Even better is the fact that Pentax has no optical low pass, or anti-aliasing, filter in front of the sensor. This should allow the sensor to reach its full potential, unhindered by the slight blur the anti-aliasing filter creates.

Should you wish to reproduce the effect of an anti-aliasing filter, once again, the sensor shift motors are used. By shifting the sensor by distance of less than a pixel during the exposure enough blur is created to reduce any moire patterning. It’s a really clever feature that offers photographers the best of both worlds. 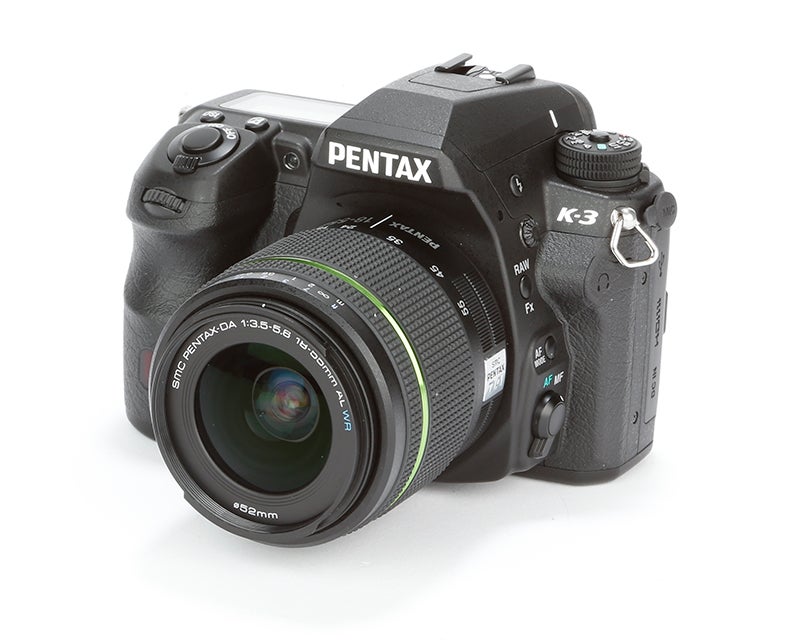 Combined with the K-3’s processing engine, the sensor can shoot with an equivalent sensitivity of ISO 100-51,200, with 14-bit raw capture and a very impressive 8.5fps-shooting rate. As standard for Pentax cameras, the K-3 can save raw files as either Pentax PEF or the universal Adobe DNG raw files, which is useful for those who don’t have the very latest raw editing software.

One new system installed in the K-3 is the AF system, which now features 27 AF points, 25 of which are cross-type. Although the number of AF points may pale a little in comparison to the 51-point system that Nikon has employed in its cameras for a number of years, 27 points should be more than enough for most photographers.

With no built-in Wifi connectivity, the K-3 relies on the new Pentax Flucards, which enable the Pentax K-3 to have Wi-Fi connectivity. Unlike Eye-Fi cards, which only offer image transfer to a smart device, Flucards allow for full control of the camera’s exposure settings and focusing, as well as a mirrored live view display from a smartphone or tablet.

The K-3 is also compatible with standard Eye-Fi cards for those who just want to copy images via Wi-Fi. Getting images off the camera in a more conventional manner is made faster with the addition of a USB 3.0 port on the side.