The Nikon D800 features the world’s largest resolution full-frame sensor. Just how good is it? Find out in the What Digital Camera Nikon D800 review

When the Nikon D700 arrived in 2008, it was Nikon’s first enthusiast full-frame DSLR and their answer to the hugely popular Canon EOS 5D, which had been the only really affordable full-frame DSLR since its launch back in 2005.

The D700 inherited many of the high-end features of the flagship D3, including the excellent 12.1MP full-frame sensor which had broken new ground in high ISO performance along with the advanced 51-point AF system. This was all packaged-up in a rugged, but more compact and affordable body.

The D700 had many fans who loved its lowlight capability and performance, making it a very versatile piece of kit for a range of shooting situations. However, it arrived just before HD video found its way onto DSLRs, while the resolution offered wasn’t enough for some photographers – areas that its closest rival, the 21.1MP Canon EOS 5D MkII excelled. 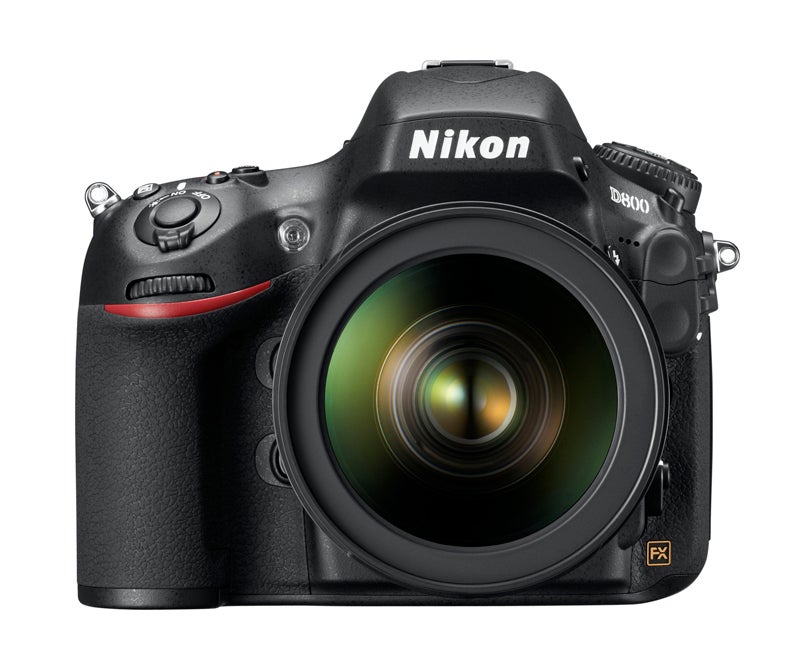 And now we have the Nikon D800. With a mouth-watering specification that includes a sensor knocking on the doors of Medium Format digital cameras in terms of resolution, the Nikon D800 promises a lot.

The Nikon D800 was original announced with a body-only price of £2299, but
has since been corrected to £2599. Even with the price increase, it’s
still pretty good value and £400 less than its closets competitor, the
Canon EOS 5D MkIII. It’s also well under half the price of the 24.5MP
D3X – until recently, the highest resolution camera Nikon offered. Let’s see how it performs… 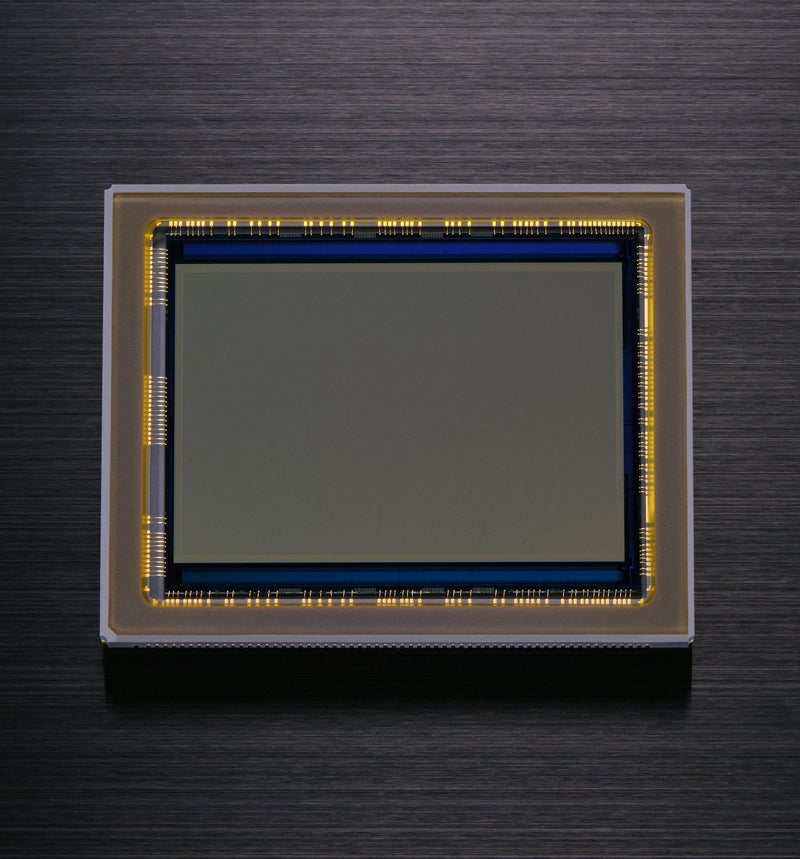 This is the highest resolution sensor we’ve yet seen in a DSLR, eclipsing the 22.3MP Canon EOS 5D MkIII and the 24.5MP chip found in the £6000 D3X, putting it in digital medium format territory.

Not only will it be possible to produce large prints with this kind of resolution, but there’s the added flexibility of being able to crop much tighter into the image. As well as being able to do this post capture, the Nikon D800 has a host of crop modes that can be selected as well as shooting at full resolution.

With the increased pixel density over the D700, the ISO range doesn’t alter that much. The standard range is from 100-6400, with the extended range running up to an ISO equivalent of 25,600. This is the same as the D700 and some two stops lower than that offered by the 5D MkIII. The sensitivity of the chip can be extended in the other direction as well, so it’s possible to shoot at an ISO equivalent of 50. 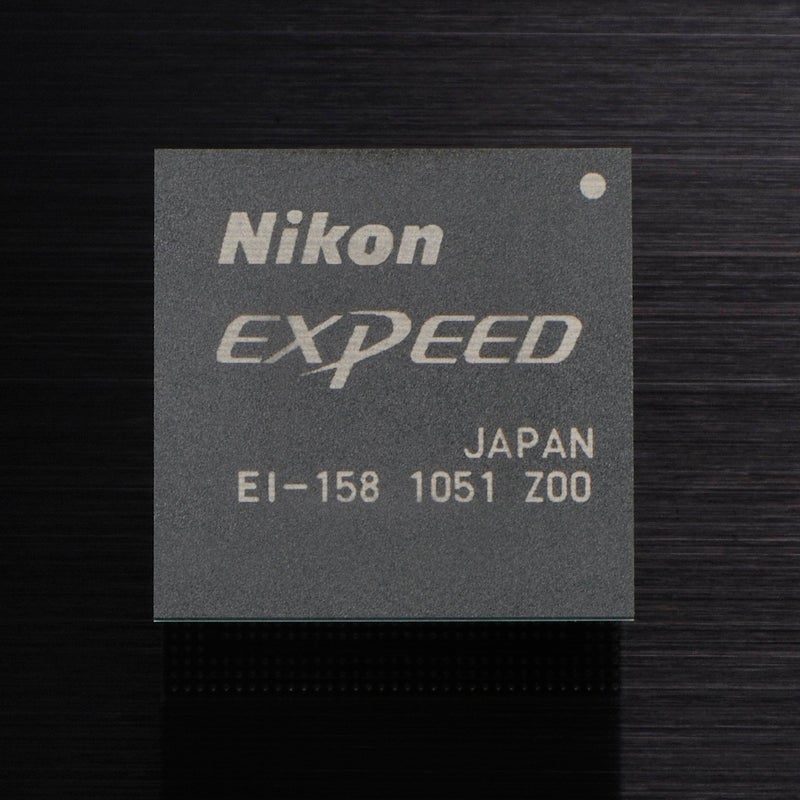 Even though the Nikon D800 features the same EXPEED 3 image processor as the D4 (with 14-bit A/D conversion and 16-bit image processing), the high resolution does see the burst rate suffer slightly compared to the D700, dropping from 5fps down to 4fps.

This will be fine for general shooting, but you may find it a touch slow if you’re going to be shooting action.

Switch to either 1.2x or DX crop modes, then 5fps is achievable, while attaching the new MB-D12 battery grip and additional batteries can see the frame rate increase to 6fps, though it remains at 4fps when shooting at full resolution.

There’s also a new shutter unit tested to well over 200,000 cycles and featuring an intelligent self-diagnostic shutter to monitor and correct possible variances that can sometimes occur.

The D700 had one of the more advanced AF systems going, so it’s more evolution than revolution here. The 51-point AF arrangement remains the same, but the Nikon D800 borrows the same Advanced Multi-CAM 3500FX autofocus sensor module that’s used in the flagship D4.

The central 15 AF points are cross-type variants, being sensitive to both vertical and horizontal lines. As well as this, its also claimed to be faster than the unit found in the D700, while also being more accurate in low-light conditions, working down to -2 EV and the approximate physical limit of human visibility through an optical viewfinder.

The AF system is also linked in to the Advanced Scene Recognition
system that’s built around a 91k-pixel RGB sensor – just like we’ve seen
in the D4 and replacing the 1005 pixel sensor on the D700.

Not
only does the RGB sensor recognise the scene’s colours and brightness to
set the exposure, but is also used to detect focus, set white balance
and control flash exposure. The system’s even clever enough to detect
faces in backlit scenes, focus on them and bias the exposure in their
favour if desired. 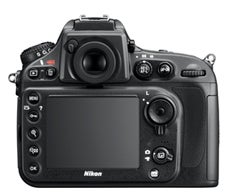 The viewfinder itself is another area that’s also come in for improvement – the viewfinder in the D800 now offers a coverage of 100% compared to 95% covered by the D700.

Also making the transition across from the D4 is the new 3.2in LCD display with a resolution of 921k-dots and an ambient brightness sensor that automatically adjusts the screen depending on the environment you’re shooting in.

While the inclusion of a built-in flash may seem like it’s dumbing-down a high-end proposition, it’s a handy feature. As well has coming in useful for a bit of fill-in flash, it can be set-up to control remote flashguns for creative off-camera lighting to really set your shots apart from the rest. 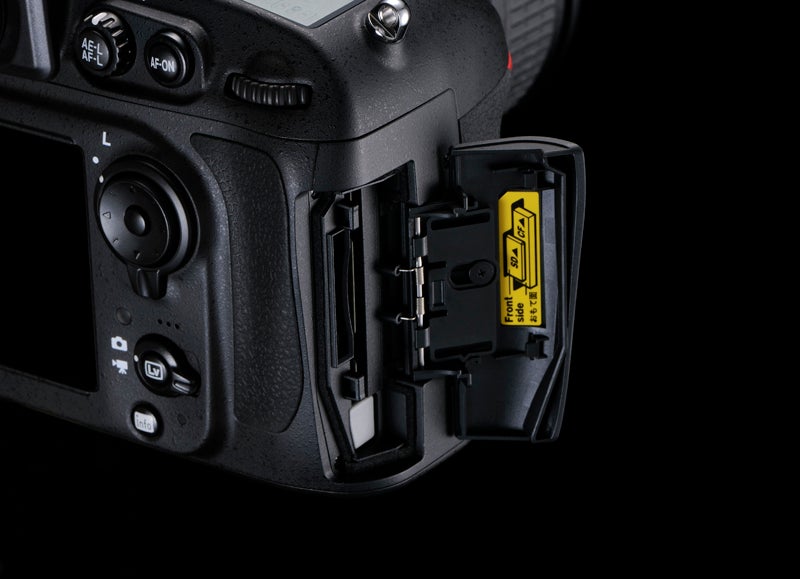 There’s a plethora of options if you want to use two cards together – one could be set-up to record Raw files for example, and the other for JPEG, while other people choices can see the second card slot used as a back-up, overflow or for video capture.

Watch our videos of the Nikon D800