£1,799.00
When launched back at the end of 2012, the D600 was the most affordable full frame DSLR we’d seen and we were big fans of it here at What Digital Camera. The trouble was that after around 3000 shots, some users started to experience dust/oil spots appearing in the upper left portion of the frame. Nikon issued a service advisory, but the D600‘s reputation never quite fully recovered.

Just under a year later and we have the Nikon D610, with its arrival suggesting that Nikon wants to draw a line under the bad press the D600 has received in some quarters and start afresh. 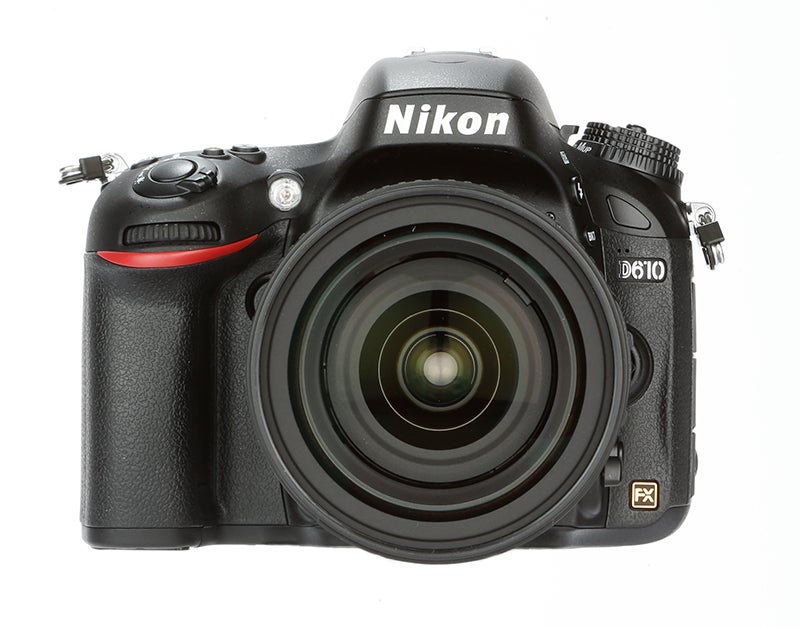 Compared to the D600, the Nikon D610 sees only three obvious improvements over its predecessor – the burst speed has been beefed up a little from 5.5fps to 6fps, there’s now a new ‘quiet continuous’ mode that shoots at 3fps, with the noise of the shutter release dulled for those times when you need to keep a low profile, while the camera’s Auto White Balance has had some attention for improved colour rendition in artificial lighting and more realistic skin tones.

The first two new features can be attributed to the new shutter mechanism compared to the D600, which while we can’t corroborate this, might point to the cause of the issue with the D600.

While there are only subtle changes from the D600, it still features a mightily impressive specification. This includes a pixel-rich 24.3MP full frame CMOS sensor that supports a built-in 1.5x DX crop mode, so if you’re currently have an APS-C Nikon DSLR, you’ll still be able to use your DX-format lenses, albeit at a reduced resolution of 10.5MP.

Combined with the EXPEED 3 image-processing engine sees the D610 offer a native ISO range of 100-6400 that can be expanded to an ISO equivalent of ISO 50-25,600. This means it delivers an identical ISO range to the D800, but falls a little behind its closest rival, the Canon EOS 6D, which offers an expanded ISO equivalent to 102,400. 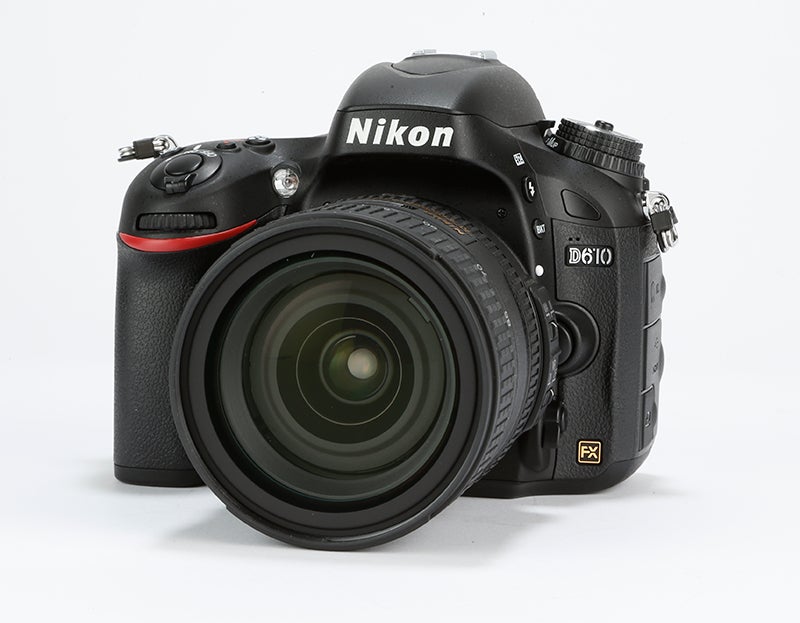 There’s a generous pro-like 39-point AF system, with the central 9 points cross-type variants for improved AF acquirement, as well as being capable of locking on to your subject in conditions as poor as -1EV. And because the AF system is hooked up to the D610’s Scene Recognition System, 3D focus tracking is possible, which sees the D610 utilise a predictive system to track your subject as it moves round the frame.

There’s a decent optical viewfinder that delivers a 100% coverage and a solid 0.7x magnification, while at the rear you’ll find a 3.2in display with a resolution of 921k-dots and as we’ve seen before, the screen is designed to adjust to the surrounding brightness.

Thanks to the built-in flash, the D610 offers wireless flash control that allows you to trigger remotely positioned compatible flashguns for more creative lighting out on location, with the option of TTL or Manual control.

Like the D600, wireless transfer of images is supported via the optional WU-1b Mobile Adapter, but it’s a same not to see this facility integrated into the D610.