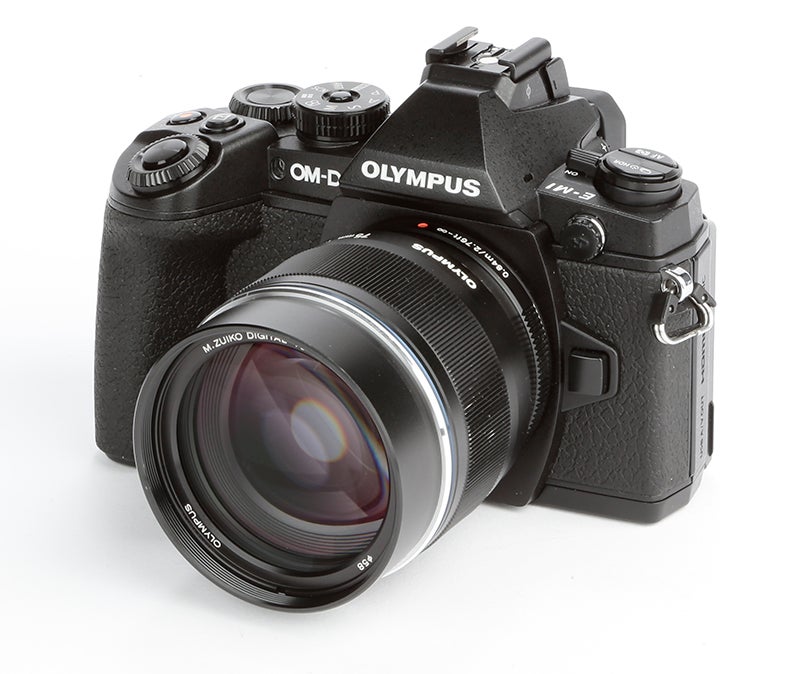 While the Olympus OM-D E-M1 may look a little similar to the E-M5, the generous handgrip and abundance of exterior mounted controls produce a far more muscular appearance. Despite this larger grip, the form factor of the E-M1 is still substantially smaller than a typical DSLR, with the body itself significantly narrower thanks to the internal characteristics of a system camera.

Pick the E-M1 up and the deeply sculptured grip allows you to take hold of the body much more securely compared to the E-M5. We tested the E-M1 with a range of lenses, from the new 12-40mm f/2.8, a selection of fast primes, as well as a couple of Four Thirds lenses via the adapter, and the body balanced nicely with all of these optics.

Some may prefer to marry the E-M1 with the new HLD-7 grip that attaches to the base of the camera, offering a second set of controls for portrait-format shooting and a better balance with larger lenses, while the additional battery doubles the time you can shoot with camera.

As you’d expect for a camera that replaces the E-5 and is designed to appeal to pros as well as enthusiasts, the E-M1 features a tough but light magnesium chassis that’s not only fully weather-sealed, but is also freezeproof down to -10ºC too. Overall then, the E-M1 is one very nicely made camera with a high-quality finish. 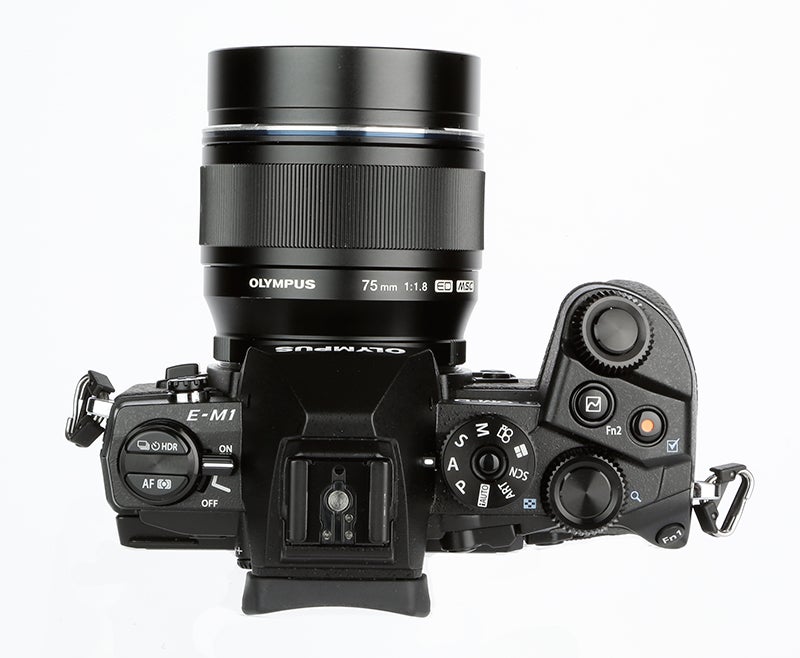 Compared to the E-M5, the control layout has changed significantly. The mode dial has swapped to the other side of the viewfinder and features a locking mechanism to avoid it being inadvertently knocked out of position. Taking up the space left by the mode dial to the left of the viewfinder are two buttons, with one providing access to the E-M1’s drive and HDR settings, while the other allows adjustment of the AF and metering modes. Round the collar of these two buttons you’ll now find the on/off switch.

The twin control dials remain, but thanks to the addition of the well-proportioned grip, has allowed them to be more satisfyingly spaced out so they fall to the thumb and forefinger more easily. As we first saw on the E-P5, the E-M1 features what Olympus term a 2×2 dial control, allowing you to for instance, change the function of the twin control dials from aperture and exposure control to ISO and white balance adjustment with the flick of a switch.

These can be customized from a wider pool of settings, while the 2×2 dial can also be configured to alter what settings the two buttons to the left of the viewfinder adjust also, though this can be disabled if preferred.

With more real estate at the rear of the Ollympus E-M1, button placement is less cramped than the E-M5. There’s now a dedicated button flick between the viewfinder and screen, and the 4-way controller d-pad features a central OK button. One of the most-welcome changes is the disappearance of the rather awkward playback and function button on the E-M5, with it now positioned much more logically underneath the d-pad, while the function button (default setting is for AF point selection) has moved to the corner of the body.

Finally, at the front as well as the flash sync socket, there’s two programmable function buttons, with the top button indented to it’s easy to distinguish which button you’re pressing when the E-M1’s raised to your eye.