£1,099.99
In the recent history of digital photography, Fujifilm’s X-series has been one of the undoubted success stories.

Ever since the introduction of the first model – the X100 – which arrived in 2011, the series has continued to impress with a string of notable launches.

The X100 was followed a year later by the introduction of the Fujifilm X-Pro 1. This was the first X-series to offer the capacity to change lenses, debuting with the Fujifilm XF-mount and therefore marking the movement of the series towards enthusiasts and professionals.

The following cameras in the series – the X-E1, X-E2 and X-A1 to name but a few – were aimed more at the consumer end of the market thanks to their slimmer design and slightly stripped down specifications in comparison to the X-Pro 1.

The new Fujifilm X-T1, however, signifies an all-singing all-dancing return to the enthusiast and professional end of the market. Although it technically sits below the X-Pro 1 in the line-up, with a more SLR shaped body that retains the characteristic X-series stylings it’s got a lot of X-series fans talking. 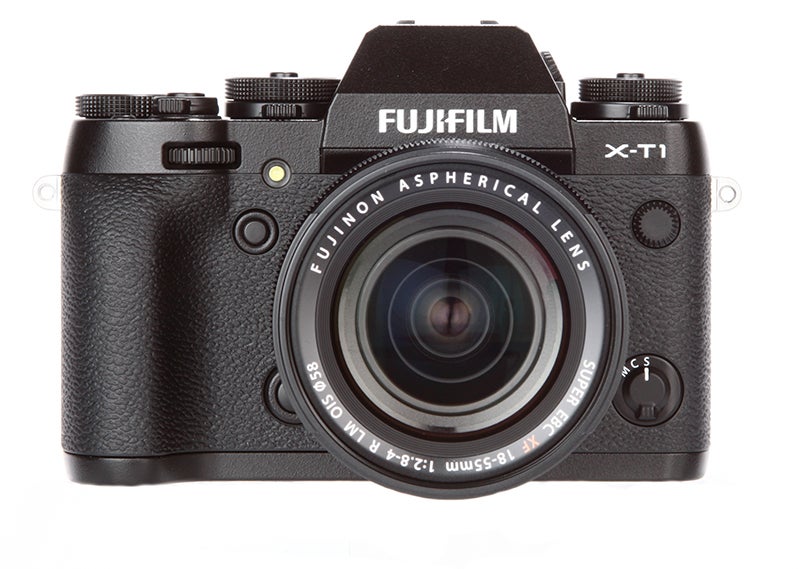 Fujifilm has pitched the X-T1 to sit between the X-Pro 1 and the X-E2 in terms of its capabilities, and as such it’s no surprise to see that the camera inherits some of its specification from those models.

In terms of the X-T1’s sensor, it inherits the same chip as seen in the X-E2. The sensor concerned is the 16.3MP APS-C X-Trans CMOS II sensor that, while not quite the same size as that found in Sony’s recent Alpha 7, it’s larger than rival models such as the Panasonic Lumix GX7.

As the name suggests, the sensor features Fujifilm’s X-Trans technology featuring a pixel structure that delivers performance more akin to film than conventional sensors, and as such keeps moiré patterning to a minimum and delivers more pleasing images.

Furthermore, the structure also means that the X-T1 does away with its anti-aliasing filter and therefore should deliver sharper images than those that maintain the technology. 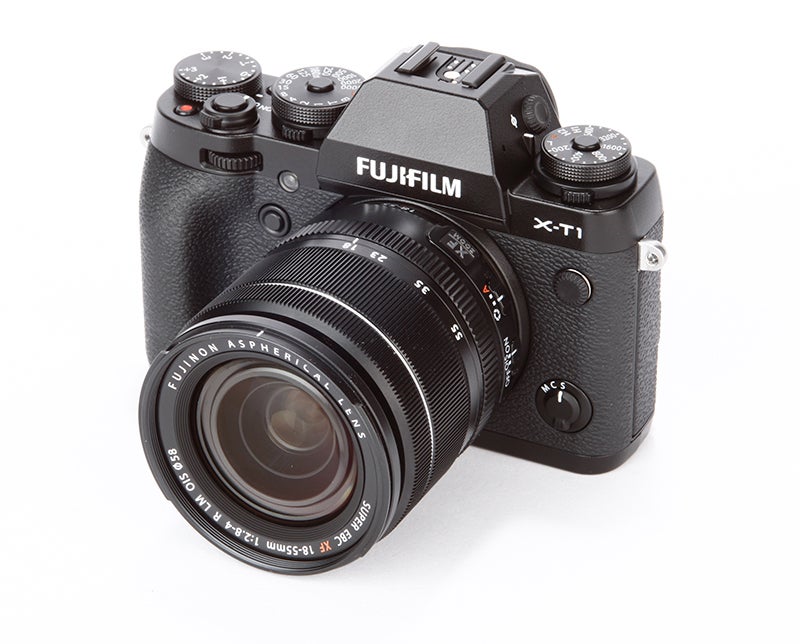 The sensor is paired with Fujifilm’s latest EXR Processor II. This processor first debuted in the X-E2 and Fujifilm claims it’s twice as quick as the previous generation chip, delivering start-up speed of as little as 0.5 seconds and a virtually imperceptible shutter lag of 0.05 seconds.

This processor also goes some way towards ensuring some impressive AF performance claims, although the bulk of the AF technology sits upon the X-T1’s sensor.

The sensor features over 100,000 phase-detect pixels which combine with the camera’s standard contrast-detect set-up to form a Hybrid- AF system. The processor then utilises the pair, switching between the two for optimal focusing according to the shooting conditions, with Fujifilm claiming focusing speeds of as little as 0.08 seconds.

Also featuring is the new AF algorithm that debuted on the X-E2 and had a major impression in terms of the camera’s AF performance. 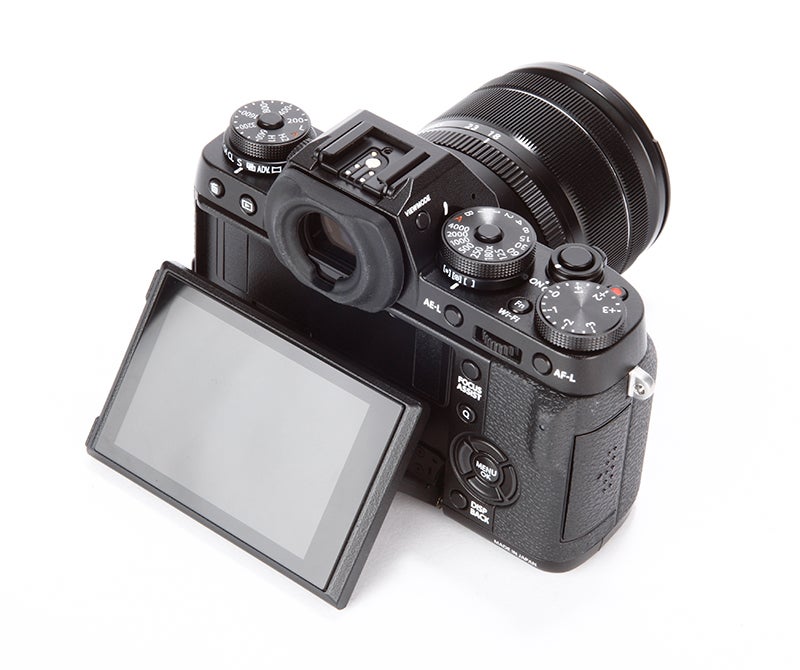 The rear of the Fujifilm X-T1 features a reasonable 3in LCD tilt screen with a resolution of 1,040k-dots, although unfortunately it doesn’t feature touchscreen technology.

All is not lost, however, as in terms of image framing and composition the real highlight of the camera is the model’s electronic viewfinder (EVF). Fujifilm has moved the viewfinder to a more central position in comparison to other X-series models, while the resolution of 2.36m-dots makes it one of the best-specified going.

Although the X-T1 might look like a retro camera, it features Wi-fi technology that operates in conjunction with Fujifilm’s new app. Thanks to an update the app now supports more advanced remote shooting functionality including the ability to change AF-point positioning. The app also supports previously present functionality, wireless image transfer to either smartphone or tablet.