Nikon's COOLPIX S2600 arrives with a low price tag, yet promises enough functionality to please the entry-level shooter. The question is, how does it perform in the WDC test?

£80.00
There used to be a time where if your budget for purchasing a new compact camera was any lower than around £100, you were certain to have to make sacrifices in some area of performance, if not more . However, almost all manufacturers offer at least one model in this price bracket that has a full specification and is capable of capturing good images, tailored to the entry-level photographer. One such camera is Nikon’s S2600.

Anyone looking to purchase a camera around the £100 mark is likely to be an entry-level user or someone who places an emphasis on style, and the S2600 caters for both. The compact features a body which is just 19.5mm thick, making it readily pocketable, yet doesn’t compromise of specification. The camera features a 14MP 1/2.3in CCD sensor and 5x NIKKOR optical zoom, covering a focal range of 26-130mm. The lens itself is supported by vibration reduction technology, although it’s of the lesser Electronic variety rather than the optical.  Other elements of the specification worthy of note are the ISO range of 80 to 1600 – extendable to 3200 in reduced resolution mode – as well as an LCD screen measuring in at 2.7in and with a resolution of 230k-dot.

As is often the case with entry-level compacts, the majority of the camera’s capture control are controlled by the camera itself – the camera features a scene auto selector mode which assesses the subject matter and chooses from 18 pre-determined scene modes for the one best suited to the subject. The scene auto selector is also supported by both motion detection and subject tracking modes for sharp images, whilst Nikon EXPEED C2 image processor is also present 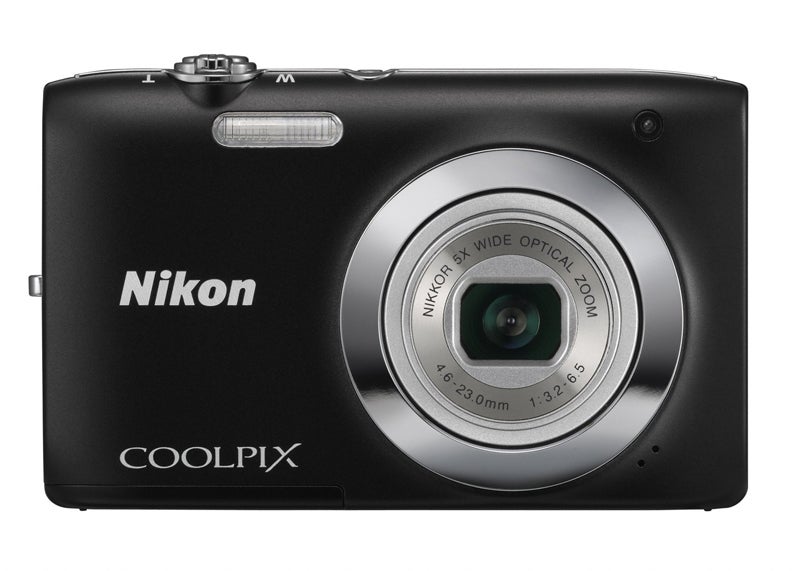 As aforementioned, the Nikon S2600 manages to cram a full specification in to a noticeably slim body, measuring just 19.5mm thick. As well as being readily pocketable, the S2600 is also available in a host of striking colours so will no doubt appeal to the style conscious. Outside of the strikingly slim design, the rest of the S2600 is a relatively simple affair. The rear of the camera features a dpad for mode access, whilst noticeably a large button also features for dedicated access to the camera’s HD video recording functionality. One final point of note is that while the slim design is certainly striking, the body itself doesn’t feel particularly sturdy, and certainly feels akin to its low price tag.