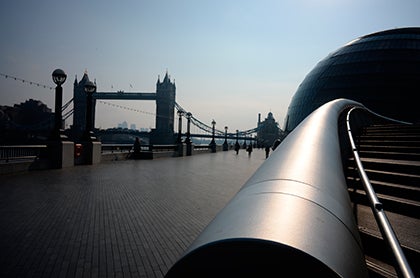 The Nikon Coolpix A offers all the white balance settings you’d expect from a camera of its pedigree, including auto, incandescent, cool-white fluorescent, direct sunlight, flash, cloudy and shade. Set to Auto, the Nikon Coolpix A records faithful colours in bright light, but we did notice that it had a tendency to produce slightly cooler results than we’d like in overcast conditions. Provided you shoot in Raw, this is a quick fix with the temperature slider inside Adobe Camera Raw.

After shooting our Datacolor Spyder Checker chart, we inspected our results to ensure there were no signs of muted colour at high sensitivities. Vibrant and punchy colours are recorded between ISO 100-6400 and it was only in the highest expanded settings that we witnessed a very slight weakening in colour saturation.

Testing the Nikon Coolpix A under a variety of lighting conditions revealed no obvious shortcomings in the metering system. The camera handles tricky lighting very well and  in scenes where there were dark shadows combined with some brighter areas, the camera showed no apparent signs of underexposure or overexposure. If anything we’d say the metering system is slightly in favor of getting the exposure spot-on in the shadows as the amount of detail that’s captured in dark areas straight out of the camera is impressive. If you’d like to get creative with exposure, the Nikon Coolpix A supports +/-5EV control in steps of 1/3EV, while exposure compensation for video is limited to +/-2EV.

With the Nikon Coolpix A’s Raw files yet to be supported by an Adobe Camera Raw update at the time of testing, we had little choice but to use Nikon’s ViewNX2 software to convert all test images to TIFF (8 Bit) before they could be inspected. With the largest sensor we’ve seen in a Nikon Coolpix model to date, we expected an impressive detail performance from the 16.2MP CMOS sensor and we weren’t left disappointed.

At ISO 100 the sensor resolves 28 lines per millimeter – the highest readout of any Coolpix camera we’ve ever tested. At higher sensitivities images do appear slightly softer, but this only becomes noticeable as you begin to push beyond ISO 1600. The detail the Nikon Coolpix A resolves for a camera of its size is exceptional and even before we had a chance to inspect the resolution test files, we were impressed by the detail that could be viewed at a high magnification in playback mode on the cameras screen. 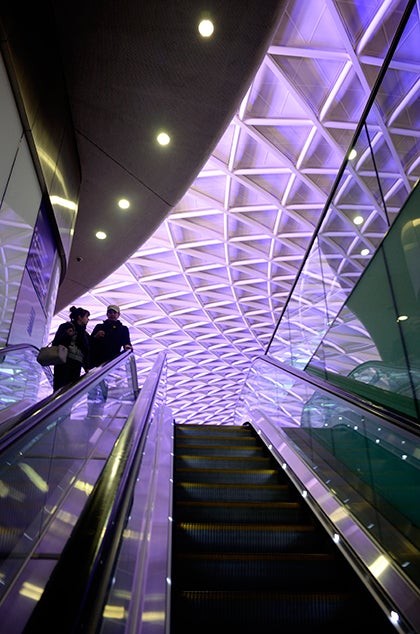 To get a clear understanding of how well the Nikon Coolpix A handles noise, we shot a series of images in front of our diorama with the sensitivity expanded to its maximum 100-25,600 equivalent range. As could be expected, there are no traces of noise whatsoever at the lowest ISO setting and the first noticeable signs of noise appearing were discovered at ISO 800 in a light grey section of our colorful diorama.

The colour noise and luminance noise that becomes evident between ISO 800 and 3200 isn’t wildly disruptive to the final quality of an image when it’s viewed at 100%, but when you push above this point noise becomes less grain-like and has more of an influence on degrading image sharpness. For the best results you won’t want to push beyond ISO 3200 unless you’re prepared to carry out some noise reduction in post production. We’d also advise to stay clear of the ISO 12,800 and 25,600 settings, which introduce high levels of colour noise in the shadows.

Being a fixed lens there are no excuses for it to put in anything but a fine optical performance. Opening the lens to its maximum aperture (f/2.8) revealed there are signs of vignetting in the corners of the frame, however it’s quick to disappear as the aperture is closed to f/5.6. Chromatic aberrations are well controlled by the lens. Inspecting a selection of Raw files along high-contrast edges throughout the aperture range revealed no cause for concern, however users should be aware that the far corners of images shot at the maximum aperture are slightly softer than those shot with the aperture closed down.