For a compact that has stiff competition from rivals such as the Fujifilm X100S, the Nikon Coolpix A has to offer a jaw-dropping performance if it’s to get the thumbs up from the audience it’s aimed at. Regrettably, the Nikon Coolpix A is let down by a mediocre AF performance that’s not immediate or as sprightly as we’d hoped for. In bright lighting conditions the camera manages to focus on subjects at tolerable speed, but as soon as you attempt to focus in dim or darkening lightening conditions, the AF system starts to struggle. The Nikon Coolpix A does feature an in-built AF illuminator, but the way the lens hunts forward and back becomes irritating when you just want it to lock on straight away without any hesitation or delay.

One explanation for the Nikon Coolpix A’s sluggish focusing speed is the contrast-detect AF system it uses. Not as fast as phase detect or a hybrid system, it leaves you with an underwhelmed impression of its performance, particularly when you take into account the high price of the camera and how some cheaper CSCs offer faster AF responses. To take some positives from the Nikon Coolpix A’s AF system, it’s great to have the option of positioning the AF point anywhere in the frame and the subject-tracking mode responds favorably to moving subjects. 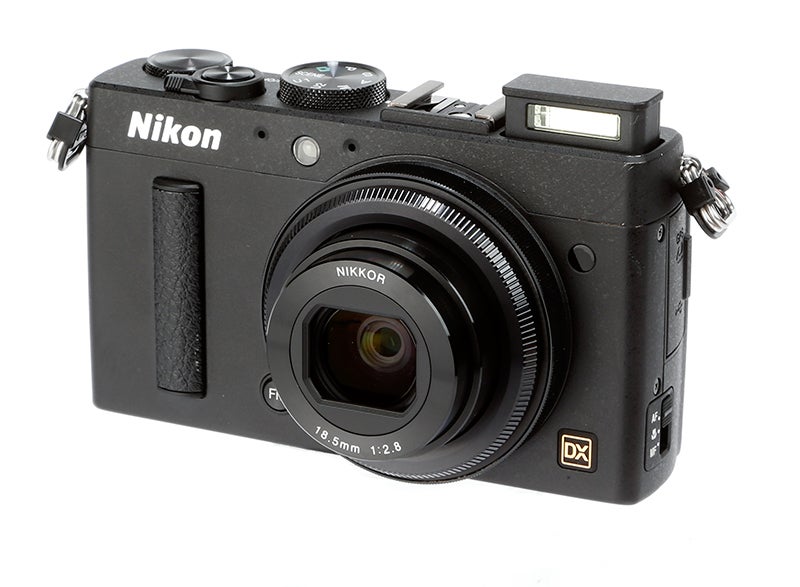 In situations where you’d like to focus on a subject that’s closer than 50cm from the front element of the lens, you’re required to use the Nikon Coolpix A’s macro mode. This enables you shoot as closely as 10cm from a subject, but if you attempt to focus closer than this, an orange LED will flash above the screen to indicate that the camera should be pulled back within the minimum focus distance range of the lens.

AF performance aside, the Nikon Coolpix A is an enjoyable compact to use, made more so by having two scroll dials to take independent control of aperture and shutter speed. Setting up and customizing the Nikon Coolpix A is effortless and the same can be said when reviewing images in playback mode. The only thing we’d say that isn’t clear is how to adjust the aperture on the heads-up screen display in manual mode. To do this, users are required to depress the exposure compensation dial at the same time as rotating the command dial on the top plate rather than using the scroll dial at the rear. 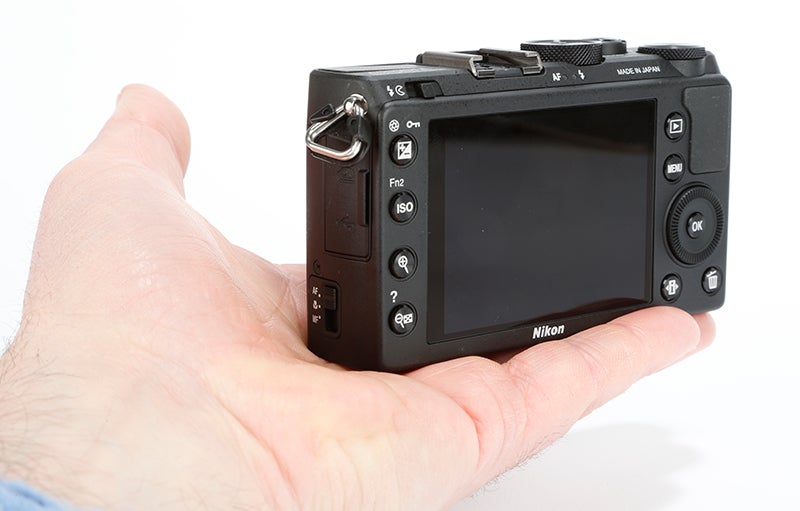 The quality of the Nikon Coolpix A’s 3in, 921k-dot display is exceptional. We didn’t experience any difficulties composing or viewing images, and reflections on the screen surface didn’t cause any issues either. The optional viewfinder isn’t an essential accessory that’s needed for this camera and its use is limited to compositional purposes due to it being the optical type, not electronic. Aimed at passionate photographers that enjoy taking manual control, the addition of a touch on the Nikon Coolpix A wouldn’t somehow seem right. With all the functions being easy to access from the quick menu, the only benefit of a touch screen would be to reposition the AF point more quickly around the frame.