Canon PowerShot SX700 HS Review - Canon's latest travel camera packs everything but the kitchen sink, but how does it perform when put through its paces? 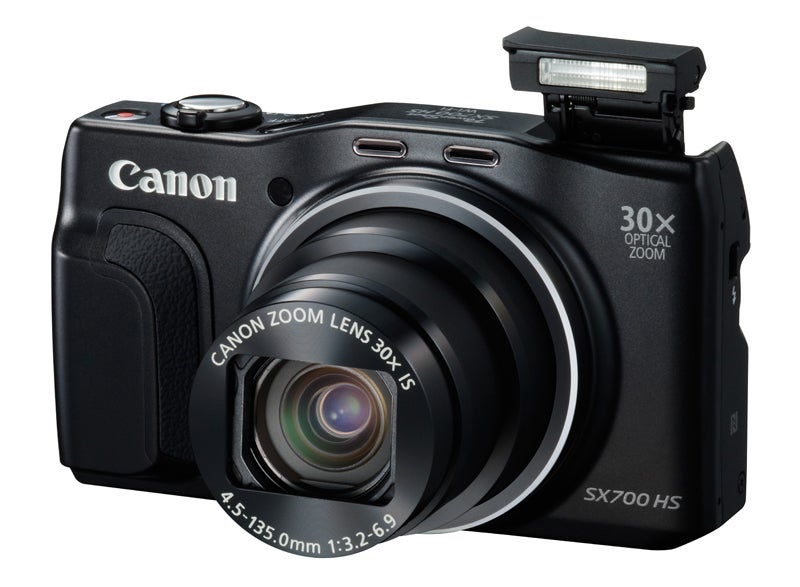 The design of the SX700 HS is fairly straightforward, but it does have a few clever touches. The overall shape is a simple rectilinear box, but it has a slight curve to it so that the front bulges out slightly, making the camera look even thinner than it actually is.

The top panel is asymmetrical, with a slight bulge above the lens that carries on to the left, to make room for the manually activated pop-up flash. This means that the on/off button is protected by the curve of the bulge and the shutter button right next to it, preventing the camera from being activated accidentally in your pocket.

It also means that the camera is smaller on the right-hand end, making the controls easier to reach. The handling is further improved by the inclusion of a small but effective front finger grip, and the exposure mode dial on the back plate is positioned so that it doubles as a thumb grip.

The build quality is as good as you’d expect from Canon, with a strong all-metal body, metal tripod bush and hatch hinge, and solidly mounted controls.

The control layout is straightforward, with all the main controls concentrated on the right-hand end for easy one-handed operation. The buttons are large and clearly labelled, the exposure mode dial is stiff enough to resist accidental turning, and even the rotary bezel of the D-pad turns with a nice positive click.

Canon’s menu system is, as always, exceptionally good, with a nice clear function menu and a comprehensive main menu. It is clear, easy to read and slickly responsive, a prime example of how camera menus should be done.

Like several other recent Canon cameras the SX700 has a manually activated pop-up flash, opened by a small catch on the left side panel. Personally I like this, since it means fewer unnecessary flash shots, but I can see how some people might find it annoying and fiddly.