UPDATED: Canon's S100 is a small, pocket-sized advanced compact that packs a larger than average 1/1.7in sensor, a 24-120mm zoom and full manual control. But with the advanced compact market more competitive than ever can the S100 still cut it a year after its launch? The What Digital Camera Canon PowerShot S100 review finds out...

£429.00
The advanced compact market has seen plenty of action since
the Canon S100 made its debut towards the end of 2011. Since then we’ve seen
the introduction of the Fuji X10, the Nikon P7700, the Lumix LX7, the Oympus
XZ-2 and the Sony RX100. And of course Canon itself has recently replaced the
S100 with the all-new PowerShot S110, which brings touch-screen control and built-in
Wi-Fi to the party.

One notable trend that has taken hold since the S100 was
launched is that advanced compact sensors are getting larger. Whereas in the
past 1/1.7in or even 1/1.6in sensors were largely considered the norm for an
advanced compact, some newer models launched have upped the ante with bigger sensors.
The Sony RX100, for example, employs a 1in sensor, while the Fuji X10 uses a
2/3in chip. The S100, meanwhile, uses a1/1.7in sensor – exactly the same size
as the Nikon P7700 and Lumix LX7.

Of course sensor size isn’t everything, and there’s a lot more
that goes into making a successful advanced compact. Even by today’s standards,
the S100 remains a well-featured and pocket-friendly advanced compact. Let’s take a look in more detail…

At the S100’s core is a 12.1-megapixel, 1/1.7in CMOS sensor – the size is larger than an average compact camera and this is a crucial benefit to image quality. Indeed there are only a handful of compacts with such sensors, all of which are considered high-end models. Add to this Canon’s HD system and DIGIC 5 processor – which Canon claims to be six times more powerful than its predecessor – and the S100 should produce top-spec images throughout its ISO 80-6400 range. As well as both Raw & JPEG still images the new CMOS sensor can also capture 1080p HD movies at 24 frames per second. 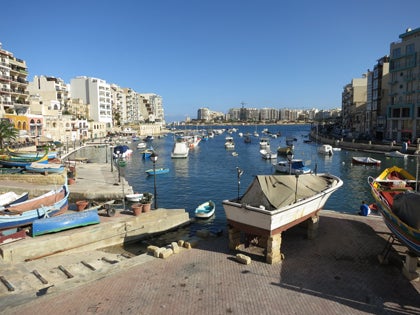 The latest processor also speeds things up meaning the S100 can shoot at 2.3fps (up from 1.9fps compared to its predecessor) or, when set to the High-Speed Burst HQ mode, an impressive 8 frame burst can occur in little under a second (at a 9.6fps rate).

Matched up with the sensor, the S100 has a 5x optical zoom lens that ranges from a wide-angle 24mm through to 120mm at the top end. While this may sound rather conservative, it’s a brand new zoom that wipes the slate clean compared to its predecessor and, in context with the competition, is a rangier affair than its peers. An f/2.0 lens at the widest angle slips down to f/5.9 when at 120mm, meaning there’s a dip of 1/3rd a stop of light at the longer zoom settings compared to the previous S95 but a rise in both wideangle and top-end zoom ability. A built-in ND (Neutral Density) filter can also be activated to cut back on three stops of light should the occasion call for it, and a 1/2000th fastest shutter speed means subjects can be frozen in action.

Also new for this release is in-camera GPS (Global Positioning Satellite) technology to track a shot’s location and mark the EXIF data accordingly. The S100 also includes a GPS Logger tracking feature that can follow and plot your route via GPS, even when the camera is switched off. These routes can then be plotted on the provided Map Utility software.