Can we really expect the new Apple iPhone 5 to be launched on the 12th September 2012? Speculation and rumours are escalating and in this article we focus on how the iPhone camera might be enhanced for the better.

October is usually the month in the calendar year when we prepare ourselves for a major Apple launch. In years gone by it has been the iPhone and the new versions of it that have sprung up at this time of the year. If recent press invitations and rumours are true we could be set for another big launch a few weeks earlier than expected in a bid to fight off current smart phone competition.

If you’ve liked our What Digital Camera Facebook page you may have seen an invitation that circulated the technology press earlier this week. A clean, typically white invitation with the bold black number 12 with a subtle number 5 beneath it sparked a huge amount of interest about what might be soon to arrive. We’re guessing the number 12 signifies the date that Apple expect to make their next announcement and if we were to speculate the number 5 is a subtle hint to the product they may be preparing to announce.

Looking back at 2011, it was a year that many expected the iPhone 5 to arrive. Instead Apple launched the iPhone 4S – a revision of the very popular iPhone 4. The reworked developments that were made to the camera and optics significantly improved image quality and these were most noticeable in side-by-side comparisons. With talk of the latest iPhone being launched next week, there are various rumours circulating about what camera it may feature and how it will have been improved.

Searching the internet for rumours and leaks, there’s talk that the new iPhone could feature the same 8MP camera as found within the iPhone 4S. This wouldn’t be a bad thing as this camera certainly produces impressive image quality that’s suitable for A4 prints to be made. Other rumours suggest the front facing camera that’s commonly used for interaction with other iPhone users may be improved and enhanced. Other sources on the internet say that the new iPhone could feature a new type of focusing system. There’s speculation that you might be given the opporutnity to choose more than one focus point on the screen, with a separate image processor producing optimal sharpness and exposure in both regions. 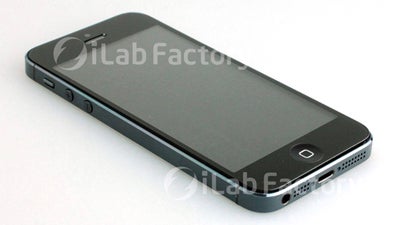 With an 8MP camera you’re naturally going to fill up storage space faster than with a 5MP camera as found on the iPhone 4. This is something iPhone 4S users who upgraded from the iPhone 4 will have realised. Will Apple increase the storage capacity on their next iPhone? If they do we might see the first 128GB version and this would be a huge bonus for those that take lots of images and large volumes of HD video. 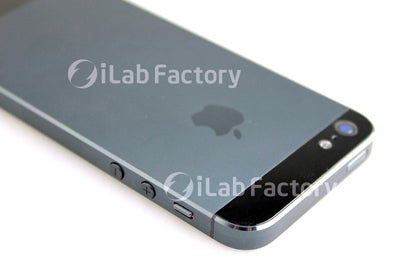 Aside from the camera, the new iPhone is rumoured to be taller, the screen could be up to 30 percent larger in size and it may feature a new type of charging port that’s smaller than previous models. If there’s any truth in the leaked images from the iLab Factory the new iPhone could also appear in a two-tone silver/black finish with a relocated headphone jack at the bottom of the phone.

Of course we’re unsure of whether there’s any truth in these rumours at present and all of the above, including the imagery from the iLab Factory is merely speculation. We’re eagerly awaiting the 12th of September to find out if the new iPhone will arrive and we’ll bring you the latest information as we receive it so be sure to check back to What Digital Camera, Facebook and Twitter.