Thereu2019s a lot of hype about Canon launching a mirrorless camera by the end of year. Itu2019s all speculation but could it look like this?

Take a quick trawl through the various camera rumor websites and if gossip is true, Canon may be set to launch a mirrorless camera by the end of the year. No concrete information has been leaked and it’s all speculation at present, however What Digital Camera has recently discovered some very interesting concept designs by David Riesenberg that raise the hype about what it could look like. 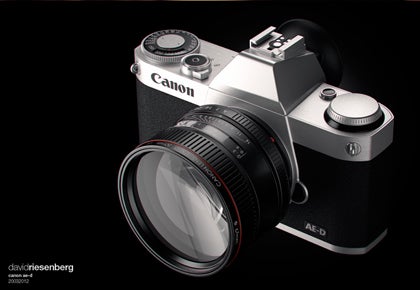 Speculation over whether Canon may delve into the Compact System Camera market kicked off after Nikon launched their Nikon 1 system late last year. The Nikon J1 and V1 have both been on sale for ten months and in that time we’ve seen no returning of the ball from Canon. Is a mirrorless model finally on the way with the world’s leading imaging fair in sight? It’s a question we can’t put an answer to so let us focus on these magnificent 3D concept drawings and pull some ideas from them instead. 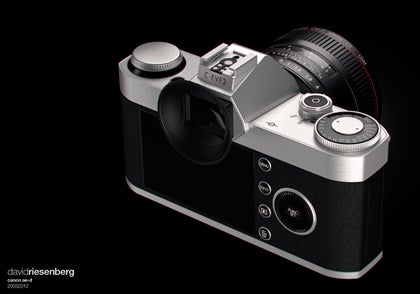 On first glance there’s a real sense of class to these concept designs. It goes without saying Canon are unlikely to call it the AE-D but what interests us is the lens mount and lenses. What looks to be a small mount and a 50mm lens attached suggests it could feature an APS-C sized sensor that’s maybe lifted from an existing Canon DSLR? If this were to be right the 50mm lens would become a 80mm equivalent with the 1.6x crop factor applied. As for the lens mount we can only presume that being a smaller body it would have a smaller mount and its own range of specialist lenses. Interestingly, also take note of the red band. This is typically used by Canon to identify L-series lenses so Riesenberg clearly thinks there may be a premium series of lenses for such a system. 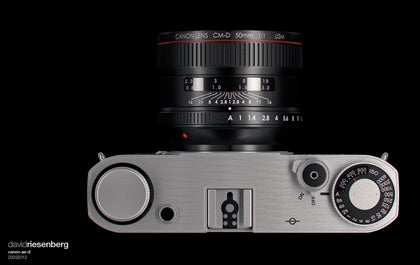 Check out the top plate and that innovative dial on the corner of the body to control shutter speed and ISO. Not only does it free up space on the top plate, it looks like no other type of dial we’ve seen on a CSC before and in a word it’s stunning.   Then there’s the built in electronic viewfinder to discuss. Riesenberg’s concepts features two ideas. One of these relies solely on using the screen for compositional purposes whereas the other has an inbuilt EVF with what looks to be a large circular eyepiece with the addition of a hot-shoe above – presumably to accept Canon Speedlite EX flashguns? 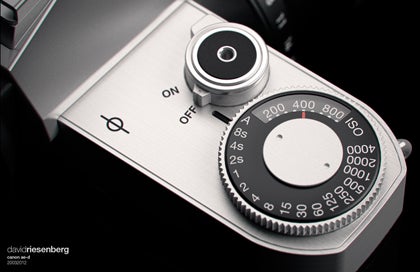 The rear of the concept looks to clearly have taken inspiration from Leica models. We love its simplicity but can’t help but feel there would be more buttons than this if Canon were to take the CSC route. The side profile also suggests this wouldn’t be a camera you’d expect to put in your pocket. It’s a bit more bulky than that, giving you more to hold onto and as a result would improve the handling characteristics. 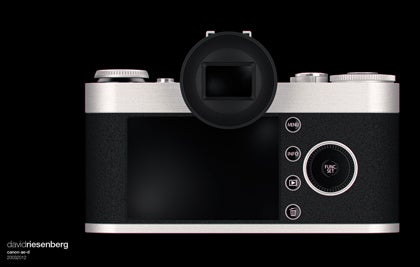 Of course all of this is just a bit of fun and shouldn’t be looked into seriously. They’re concept designs after all but are extremely impressive ones at that. What do you think to these designs? Would you like to see Canon producing a mirrorless camera that looks like this? Leave your comments in the comments box below.

To check out more of David Riesenberg’s fascinating concept designs check out his website here.