Sony has revised a few of the specifications on the newly announced RX1.

A month after announcing the RX1, Sony has announced a few changes in regard to the specification and appearance of the front of the camera. The announcement that was made on the 2nd October reveals that continuous AF will not be available to use when shooting still images and the AF-C mode that was originally included on the front mode dial will be removed. 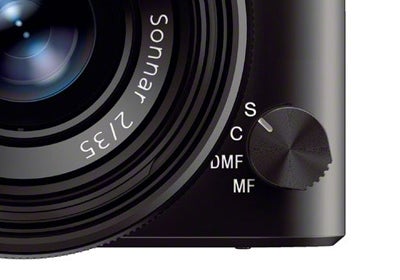 (Image above) The front mode dial before the changes had been made.

The other significant change is the cameras improvement with respect to the upper limit of the shutter speed. Before the change the fastest the RX1 was claimed to shoot at was 1/2000sec, however the announcement now suggests the RX1 will be able to shoot at 1/4000sec provided the aperture is set to f/5.6 or above. Shoot at an aperture larger than f/5.6 and 1/3200sec will be available at f/4 and the fastest available shutter speed when shooting wider than f/4 (say f/2 for example) will be 1/2000sec. 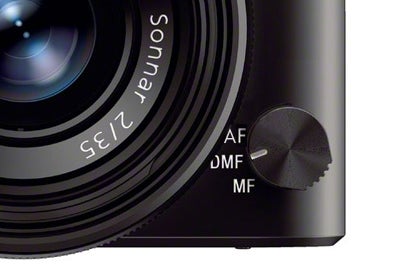 (Image above) The newly designed front mode dial after the changes had been made.

To read a translated version of the specification changes to the Sony RX1, click here.