Samsung recently ran a campaign to find out how many David Baileys you can gather in one place at one time.

How many David Baileys can you gather together in one place? That’s exactly the challenge Samsung decided they’d try and find out at last weekends mass gathering in Central London.

In total 142 David Bailey’s, including the man himself, came together to show that photography is no longer something that just trained professionals can enjoy. The David Baileys who’s age range stretched between 15 and 74 were each given a Samsung NX1000 and were challenged to use it to capture amazing images that the David Bailey would be proud of. 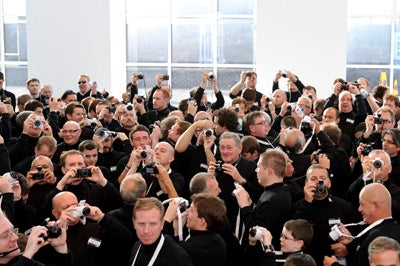 The interesting idea of gathering well over a hundred people with the same name was certainly an imaginative one that people across the nation were happy to get involved with. A selection of the best images from the day will be used in Samsung’s upcoming advertising campaign for the NX range. 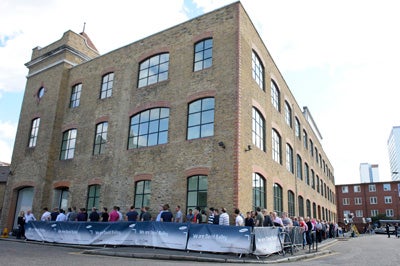 Nick White, Head of Digital Imaging of Samsung Electronics summed up the day by saying ‘It was great meeting all the other David Baileys and the campaign is fantastic. The idea of having loads of Baileys all over the place taking pictures is really different and funny. Today showed photography is for everyone. There were David Baileys everywhere I looked, enjoying taking pictures on their great new cameras.”

To view our review sample images taken with the Samsung NX1000, click here.