Samsung has announced the winner of its ‘See Beyond’ competition.

The winning image was submitted by Sam Styles, from Surrey, and depicted the Rubens painted ceiling in the Banqueting House at Whitehall reflected in a viewing mirror. 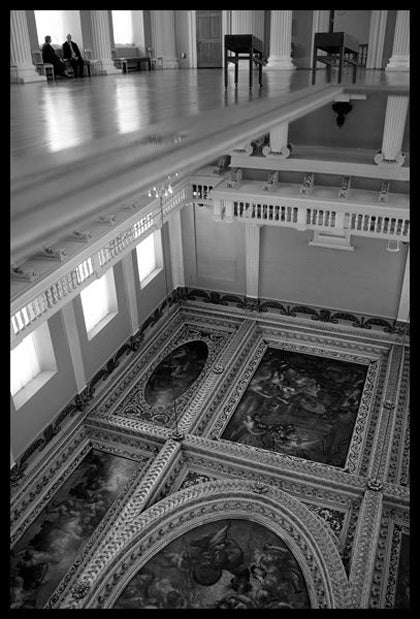 Speaking of the winning image, as selected by the WDC team, Editor Nigel Atherton commented “Sam’s image answered the brief of the competition in a way that few others did, creating a striking image and perspective on what could have been a fairly conventional scene.”

As winner of the competition, Sam scoops a new Samsung ST550.