The Samsung Galaxy Camera looks set to be a game changer in the compact camera market. Up to now the big advantage that phones have had over cameras is the ability to share images instantly, from anywhere. The recent arrival of WiFi cameras was a first step in the fight back but WDC has long argued that cameras need full 3G connectivity, and an interface such as Android enabling users to download creative processing apps such as Snapseed.

The Galaxy camera does both, and more.The first thing that struck me when I saw it was the size of it. It’s quite wide and tall, though also fairly thin apart from the handgrip on the side. The reason for the size becomes apparent when you turn the camera around and see the enormous LCD touch screen. From my brief hands on the screen quality looks to be excellent, and images appear very sharp and well saturated. The touch screen is very responsive and Samsung has created an imaginitive yet easily navigable interface. Aside from the regular Android screen, with its grid display of apps, there are several on screen buttons for the camera controls. I especially like the design of the advanced PASM modes, where users can control apertures, shutter speeds, ISO etc.

The inclusion of a 21x optical zoom is a smart move, and gives consumers a good reason to choose the camera over a smartphone, such as Samsung’s own Galaxy, since no phone has yet managed to incorporate a zoom. The deployment of a 1/2.3″ sensor, which is typical for a digital compact but much bigger than most cameraphone sensors, suggests that the image quality will be comparable to that from Samsung’s better compacts.

There was no opportunity to test the camera, but we’ll be publishing more information as we get it. 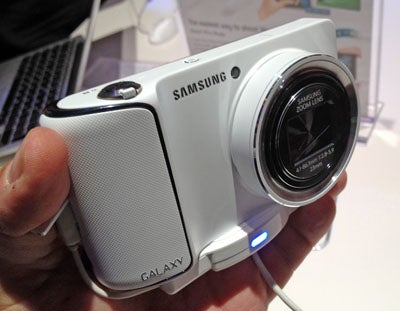 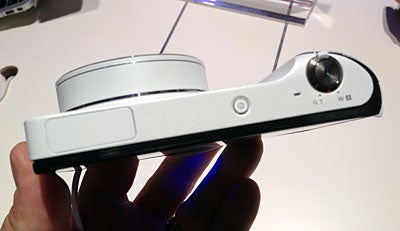 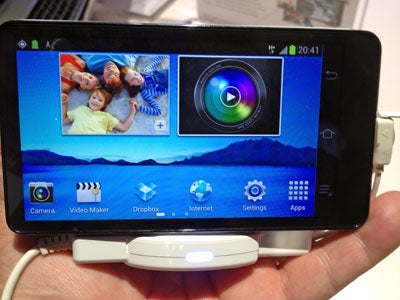 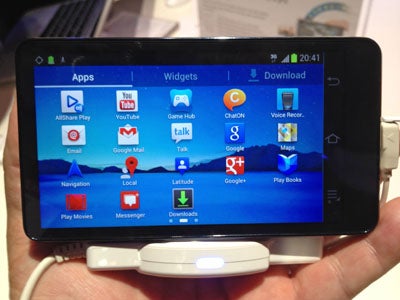 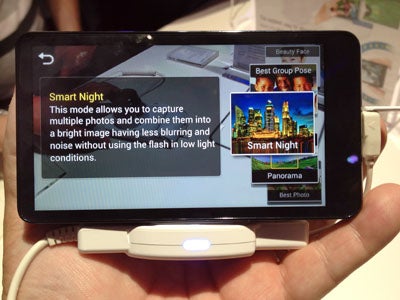 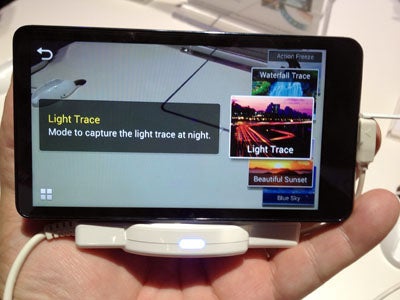 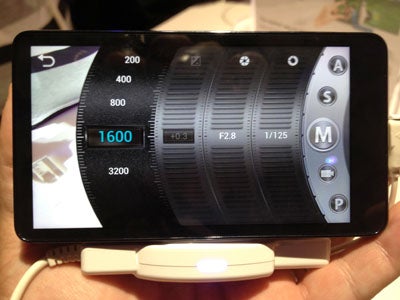 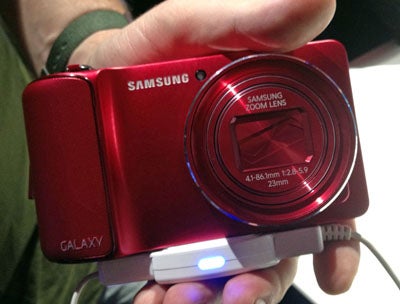 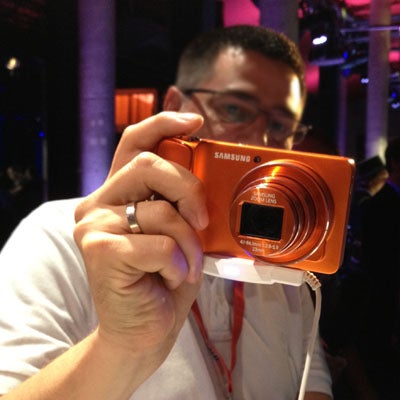 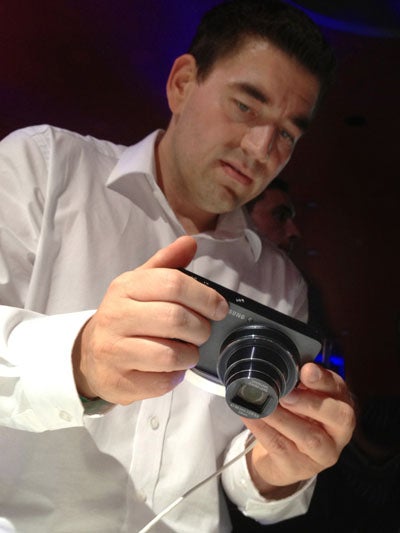 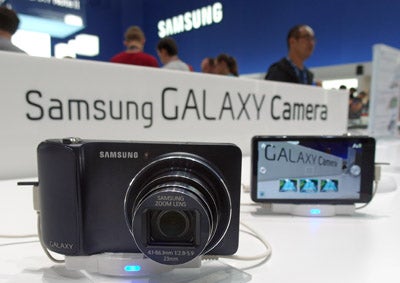 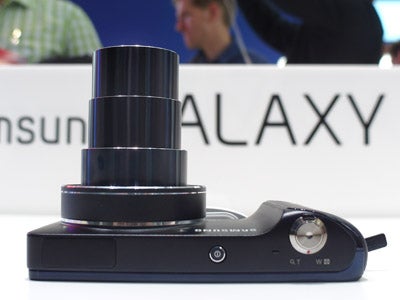 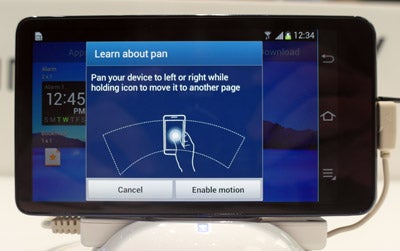 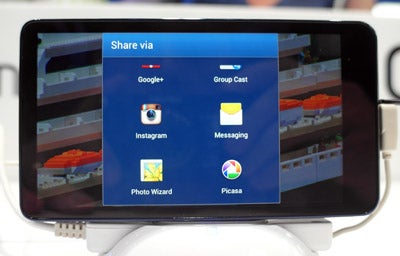 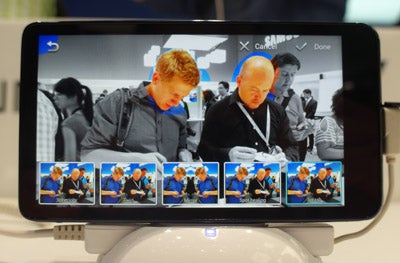 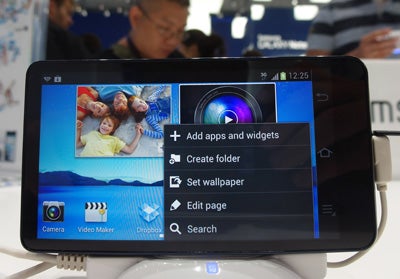 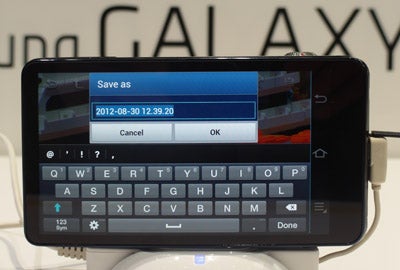 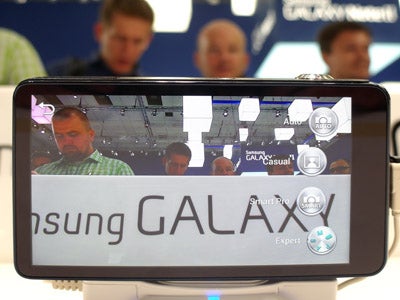