Winner of the Park photography competition

We’re pleased to announce the winner and runner up of our Park photography competiton. 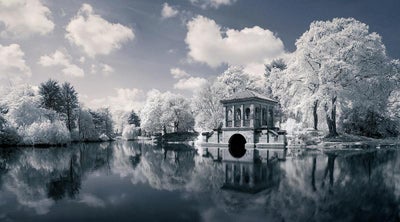 The Roman Boathouse in Birkenhead Park on the Wirral Peninsula, England.

Dave says, “Birkenhead Park was opened in 1847 and is regarded as the first publicly funded civic park in Briton. It was designed by Sir Joseph Paxton, who is best known for The Crystal Palace in Hyde Park, London, and is said to have been an inspiration to Frederick Law Olmsted, who visited Birkenhead in 1850 and went on to design Central Park in Manhattan, New York, between 1858 and 1873. This photograph is a stitched panorama of 6 images, taken using a Sony Dsc-v1 camera in its “Nightshot” infrared mode, using a Hoya R72 and B&W ND10 filters.” 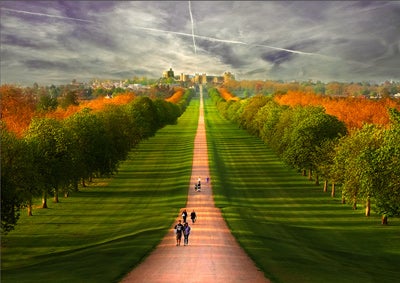 Jack says, “This photo was taken at Windsor Great Park. I took the photo just before sunset so the trees cast the shadows across the path and so the golden light enhanced all the colours in the trees. I stood up on the copper horse to get a greater perspective. To capture both the colour in the ground and drama in the sky I took two photos and combined them in Photoshop. I used a Fujifilm S200EXR with a polariser.”


View all the entries to the Park competition