The Olympus XZ-1 looks to further stir up the high-end compact market, an area that has gone from strength to strength within the past year.

Built by the same team that brought us the Olympus PEN series, the XZ-1 looks to seriously amp up the company’s compact range: with a brand new i.Zuiko lens for optimum quality, the XZ-1’s 10-megapixel 1/1.63in CCD sensor is also larger than that found in your average compact. The 6-24mm lens equates to 28-112mm in full-frame terms and has a fast, bright f/1.8-2.5 aperture available.

In-keeping with top-end quality, the large sensor is coupled with the TruePic V DSLR processing engine with a top-end ISO 3200 sensitivity and a specific Low-Light mode available on the mode dial alongside full manual and i-Auto options.

Then there’s the XZ-1’s impressive design. A slim cut and subtly curved body looks superb and the solid design feels tough and weighty in the hand. But it’s the XZ-1’s front lens ring that really looks the part: almost retro in design this ring acts as a quick control to adjust the most prominent settings, dependent on the mode. For example Aperture Priority will adjust the aperture, Manual the ISO sensitivity, Shutter Priority the shutter speed and so forth. There are no in-camera options to manually select which setting is adjusted by this however, which could be a future firmware tweak for improvement. There’s also a second dial on the rear for quick control that can operate in a similar manner to a dual thumbwheel arrangement as many DSLR users may be familiar with.
On the XZ-1’s rear is a 3in, 610k-dot resolution OLED screen, a far more impressive technology than LCD is able to offer. Capable of a far wider dynamic range, OLED can exhibit a broader contrast ratio meaning more mid-level gradation between black and white.

There are also an abundance of in-camera modes to speak of, including the now commonplace Olympus Art Filters (with the Dramatic Tone option from the E-5 DSLR included) as well as ND filter options, multiple aspect ratios and a Bulb setting that can extend to expose for as long as 16 minutes (60 seconds maximum in pre-timer). 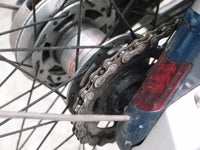 Although there’s no optical or electronic viewfinder built in, the XZ-1 does have the standard Accessory Port and hotshoe configuration as per the Olympus PEN series. This means that the VF-2 electronic viewfinder is cross-compatible between products or can be purchased individually to fulfill the option of an eye piece.

As per so many stills cameras of late the XZ-1 also features a 720p HD movie mode that has a rather clever and specialised Multi Motion Function image stabilisation feature. By projecting an image larger than the 16:9 movie grab, the frames of the movie can be selected from a wider, non-static vertical area of the sensor to counteract prominent vertical shake characterised by walking, for example. In stills mode a sensor-shift and high ISO ‘Dual IS’ system is in play to ensure that the sharpest images are always taken.

It’s been a long time coming for Olympus to dip its oar into the high-end compact territory. Back in September 2010 at Photokina in Koln, Germany, we held the first sample of the (then nameless) XZ-1 and it’s come on in leaps and bounds since then.

The slim design looks great and the only really directly similar model elsewhere on the market is the Samsung EX1. There are also the Nikon P7000 and Canon G12 models, but with their generally chunkier build and design these feel altogether different in the hand. What Olympus has come up with certainly impresses, and it’s not often that a previous Olympus compact has really pulled out the stops.

The Olympus XZ-1 certainly doesn’t rely on aged technology either, as the lean towards a higher-spec DSLR processing engine affirms. There’s plenty to be found here and the expandability provided by the Accessory Port (the very same fit as found in the PEN models) means a high quality electronic viewfinder is also available at extra cost. The lack of an optical viewfinder in the body may be a frustration for some, and yet those compact models that do provide such a feature are often limited to less than an 80% filed of view. 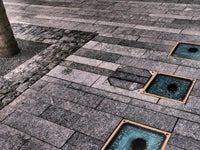 It’s the lens that’s most likely to impress though. An eight element construction with 11 lenses – this is the first time a lens has been earmarked ‘i.Zuiko’. The wide aperture is capable of f/1.8, though it’s an ever so slight disappointment that this isn’t maintained at the longest zoom end. Instead a respectable f/2.5 is offered when shooting at 112mm, and if this was made capable of a brighter aperture then the lens and likely body design would otherwise suffer from an increment in size. As it stands though there’s plenty of low-light potential from this camera and the blurred backgrounds from available depth of field will impress.

The autofocus system is also a direct rip from the PEN series, meaning that far nippier focusing is possible than a usual compact would provide. The Olympus XZ-1 certainly got the right design team for the job.

The Olympus XZ-1 delivers in droves in the detail too: the addition of in-camera ND filters, super-long exposures from the Bulb setting and a super-fast shutter capable of a pro-spec 1/4000th of a second. It does end here: there’re multiple aspect ratios, a good variety of Art Filters and innovative movie stabilisation.

Expected for release at the end of January 2011, the XZ-1 will be available in both black and white colour options in the UK for around £400 a-piece. We look forward to getting hold of a review sample as we’re expecting some fairly special things from this release…