The brand new Nikon D5100 replaces the successful D5000, and its announcement follows on from Canon’s release of the 600D just last month. So what does the Nikon offer to grab the headlines?

First up is the D5100’s 16.2MP APS-C sized CMOS sensor that’s the very same as that found in its bigger brother, the D7000. Certainly a good position to start from, but there are plenty of improvements and developments that feature elsewhere too…

While the D5000’s screen came mounted on an adjustable bracket, the D5100’s 920k-dot LCD elevates things to the next level: with its horizontal-mount, the 3in screen is now able to rotate through any 360 angle for more unusual framing opportunities. It’s a marked improvement over the limiting ‘vertical only’ run of the previous D5000 and, with a 17% thinner screen, the D5100 manages to keep things looking that much more stylish too.

Cosmetic make-up is similar to the previous release, but the D5100 has shed some 10% of the original D5000’s size and weight. It makes for a small package that, thanks to its enhanced and deeper grip, is still effortless to hold. Furthermore the live view switch has now moved just around the main mode dial, and the one-touch movie button has also relocated nearer to the main shutter button.

From screen to viewfinder, and the D5100 doesn’t really break any new ground in this area. Offering a 95% field of view with 0.78x magnification is a perfectly acceptable mid-range provision, and the very same as the D5000 before it. 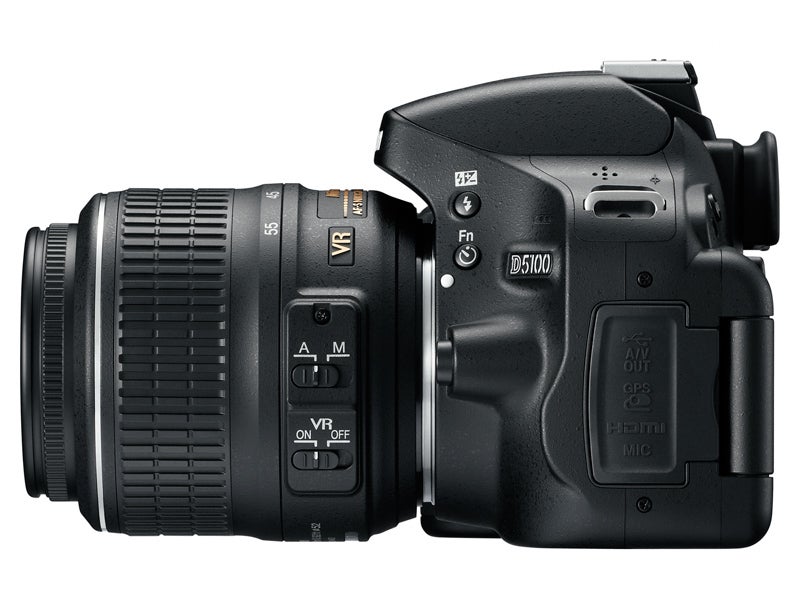 Although the same 11-point autofocus module from the entry-level D3100 takes pride of place in the D5100, flick into live view mode and there’s a significant improvement in contrast-detection autofocus speed. Pop into 1080p movie capture – which, as well as the resolution upgrade, is now able of capture at 24, 25 or 30 frames per second (fps) – and this same live view AF speed is carried over for real-time focusing. Plus the inclusion of AF-F continuous autofocus is a benefit during capture that not many other DSLR movie modes offer. The release of the new Nikon ME-1 microphone also shows the company’s increasing interest in the movie sector. This optional microphone has been specifically designed for DSLR users and attaches on top of the camera’s hotshoe and to the audio input via a 3.5mm stereo jack.

Another big Nikon D5100 feature is the inclusion of an Effects mode on the main mode dial (for stills or movie shooting). Comprising of seven different capture options – Selective Color (like ‘colour popping’), Miniature, Color Sketch, Night Vision (black and white mode with ISO 102,400 equivalent), Silhouette, High Key and Low Key – Nikon is targeting the ‘creative’ user. The D5100 does more than just these more novel effects, however, and also includes an in-camera HDR mode, Active D-Lighting, Redeye correction and Picture Styles. For some this may be enough to remove the need for any post-production work outside of the camera itself.

So, what do we make of it all? The D5100 looks like hot competition for the Canon 600D and, in terms of upgrade over the previous D5000, there are plenty of new features to look forward to.
Based on how impressed we were with the D7000’s sensor performance, the D5100’s ISO 100-6400 (12,800-25,600 extendable) range looks set to be equally stunning. However, the more-limited 4fps burst mode and likely smaller buffer (although we’ve not yet tested it) will cause some differences in this area, as will the results from the more basic 18-55mm kit option (but the body-only purchase option opens you up to a world of Nikon glass).

If it’s an area that gets your blood flowing just as much as stills capture then the D5100’s movie mode is certainly another area to get excited about. It’s been a long time coming, but, along with the D7000, Nikon has finally reached a level of movie mode competitiveness. Improved focusing, continuous focus, selectable frame rates, H.264 compression, a 3.5mm mic jack for external recording, and direct MOV output from camera are all big ticks in a number of boxes. 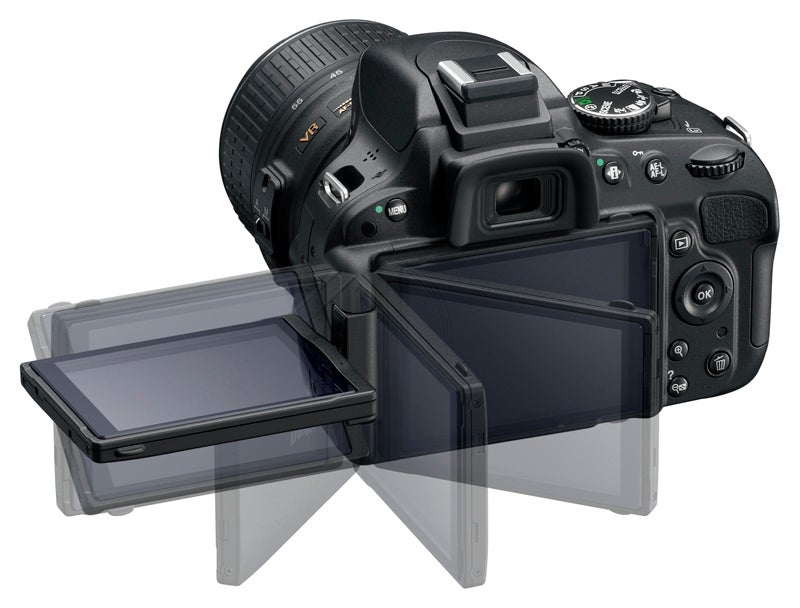 And there’s yet more behind the scenes too. Although Nikon didn’t scream about it at their presentation, the inclusion of Nikon Creative Lighting Solution (CLS) compatibility means that the D5100 can also control external flashguns. Add a SB-700 and that opens up a whole other can of worms and is an essential feature if the D5100 is to muscle up against the Canon 600D’s similar feature. Between the Canon and the Nikon it’s an obvious comparison as there are many close-run features.

All in all it’s rather hard to pick holes in the D5100. The ‘Effects’ feature could do with some more tweaking as it’s only capable of shooting in JPEG. Should you end up with a disappointing result (and based on how severe Colour Sketch’s results are that’s entirely plausible) it’s then not possible to ‘undo’ the shot by pulling the original data from a Raw file. We suspect that ‘Effects’ will be a pull for one area of the market but that, on the other side of the coin, those looking for a stripped-down D7000 may find the D5100 puts a whole lot on the table regardless of the Effects options.