New 055 tripods from Manfrotto feature a new locking system for increased stability, while the X-Pro 3-way head has been specifically designed to balance precision with compact dimensions

Manfrotto’s latest 055 tripods have a guaranteed maximum payload of 9kg and come with a redesigned central column that can be flipped from horizontal to vertical with one movement.

Also chief among the new features is the Quick Power Lock system, which provides greater locking power for increased stability (compared to standard leg-lock levers) but has also been designed to be easy to use, allowing single-handed opening of all leg sections on the folded tripod. 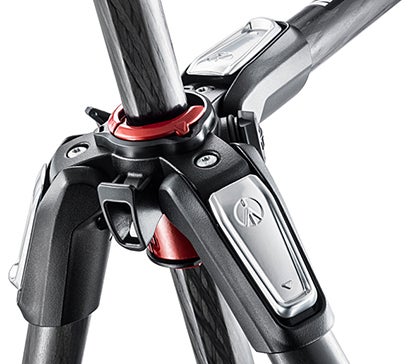 There’s also the Easy Link system, which allows for attachment of an additional arm to hold accessories such as a reflector or an off-camera flash.

The bubble-level on the upper disc can be rotated 360°, ensuring it never falls underneath a tripod

Take a look at Manfrotto’s promotional video below. It promises, among other things, ‘unprecedented stiffness’ and ‘one-finger operation’. Read into that what you will:

Also announced was the X-Pro 3-way head, designed to offer as much precision and versatility as possible in a head of compact dimensions. 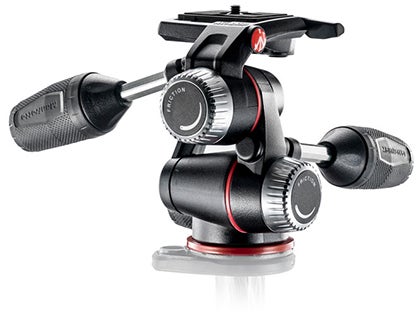 Friction controls on the pan and tilt axes can be set to hold the weight of a camera even when locking controls are open. There are also three bubble-levels in various positions to ensure perfect precision.

The X-Pro 3-way head features locking levers that retract when not in use; when folded it measures 13 x 13 x 13.5cm. The head’s aluminium build weighs 1kg but is capable of supporting up to 8kg.

The new 055 tripod range, comprising two carbon fibre tripods and one aluminium, is available now. Prices start at £199.95, see the full range here. The X-Pro 3-way head is available now priced at £114.95. Kits including both the head and one of the tripods are also available.