Could Canon be testing a new high-resolution sensor? Rumours suggest they might

The rumour mill is going full speed today with a story that Canon is currently testing a high-end full-frame DSLR with a 75-megapixel sensor.

Eric Reagan at Photography Bay announced that a reliable source had informed him of a camera with a pro-sized body similar to the Canon EOS 1DX, featuring a rear LCD screen with ‘shockingly high’ resolution and frame rate.

With Canon’s top full-frame cameras currently in the 20+MP range, and Nikon’s D800 hitting 36MP, this would be a huge resolution jump compared to the rest of the market.

Photography Bay’s source believes that there may be an announcement towards the end of 2013, with the camera available most likely next year.

Right now, speculation is centred around the upcoming Canon EOS 1S, which we were previously under the impression would have a resolution of 47MP or so. Photography Bay did warn people not to jump to conclusions too quickly – just because Canon’s testing a 75MP sensor doesn’t mean one will feature in the final product. They may well end up settling on 47MP as expected.

Asked on his thoughts, Michael Topham Reviews Editor at What Digital Camera said ‘We’re still yet to see Canon take on its closest rivals with a super-high resolution DSLR. The closest Canon have come to matching the 36MP resolution as produced by the Nikon D800 is the 22.1MP sensor as found within the enthusiast Canon EOS 5D Mark III. The Nikon D800 gained a high reputation with landscape photographers who wanted a means of resolving the very best detail possible, and if Canon were to release a DSLR with a 75MP sensor it would certainly be a huge leap forward in sensor technology. 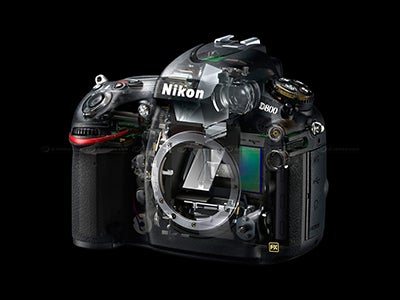 Will Canon’s next pro-spec DSLR feature a resolution that’s higher than the Nikon D800’s 36MP sensor? We’ll have to wait to find out.

The main stumbling block I can see being an issue are the mammoth files sizes a 75MP sensor would churn out – singling out the camera to pros and retouching houses that have the computers with the required spec to process the images. I have no doubt that Canon will produce a higher resolution sensor in the future, but 75MP from 36MP is a giant step and I wouldn’t be surprised if 47MP is settled on instead to make the files more accessible to a wider consumer audience.’

What do you think – would you buy a camera just for 75MP resolution? Are you still interested in megapixel counts?