Anyone planning to take the family to this yearu2019s Camp Bestival, at Lulworth Castle, Dorset next weekend, may get the opportunity to collaborate on a family portrait with acclaimed photographer Marysa Dowling

If you’re at Camp Bestival next weekend and see a woman wandering around with a Canon EOS 5D Mk II it may well be fine art photographer Marysa Dowling. She’ll be there next Saturday looking for subjects for her latest portrait project, which has been commissioned by the Tate.

“The idea is I’ll be roaming around the festival using the site as a backdrop,” explains Marysa, whose work focuses primarily on family relationships and dynamics between people, which makes her an ideal choice for the project and Camp Bestival the ideal venue – being the UK’s most family oriented summer festival.

“We want people to think differently about how they have their family portrait made. So rather than going with the usual standing in front of the camera with a cheesy grin we want people to consider the dynamics of the family. It will be a collaborative process. I’ll be working together with the families to help construct the photographs, and we’ll perhaps be getting other families to contribute ideas. I’ll be there to guide and assist them to make the photograph.”

Marysa prefers to find different ways to get people to respond in the photographs rather than directing them herself, and sometimes uses props.
“I’ve been doing one portrait project called ‘The Movement of an Object’, where I give people in different countries a blue plastic bag and record how they interact with it. These have usually been single portraits. It was this project which led to the Tate getting in touch with me but this time I’m going to choose a different object. I haven’t yet finally decided what it’s going to be, but it will be something that people can use, and which will maybe make people think a bit more about the family dynamic.” 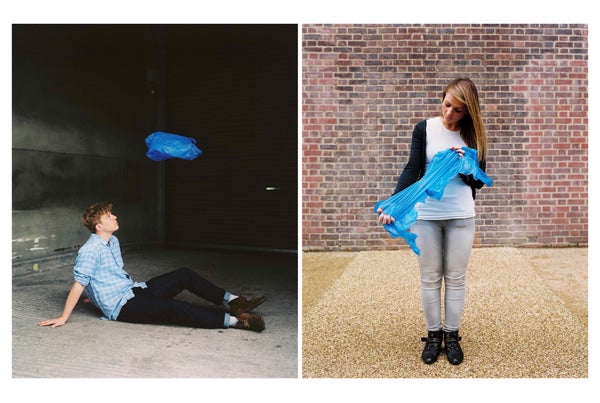 From Marysa Dowling’s Movement of an Object series: London

“As this is a roaming workshop, with time for each family to construct their image being key, we plan to work outside using natural light, with the festival environment becoming the backdrop. Hopefully people will see what we’re doing and get involved. I always find at festivals that people are much more open-minded about trying something different.”

One of the dynamics that interests Marysa is the way that people interact with their environment, and with each other. “Every family responds differently and comes with differing degrees of confidence. Sometimes it’s the children who are the most enthusiastic and have the best ideas and other times it might be one of the parents that leads. It also depends on the ages of the children.”

Marysa’s preferred medium is medium format film, but for this project is using digital, for practical reasons. “Usually I shoot with a Mamiya RZ67 using Kodak Portra film, such as with The Movement of an Object, but at Camp Bestival I’ll be using the Canon EOS 5D Mark II with a 24-105mm lens for the roaming workshop. We want the families taking part to be involved in setting up and photographing the final portrait, so it’s important to show them how the image looks and discuss what they might like to change or do to improve it to get across their intention. The 5D Mark II is more versatile, faster and gives people the opportunity to assess what they are doing on the LCD screen while still giving a high end final image. Using a DSLR will also enable us to print during the day, in two different forms.

“We’ll be printing out copies to give to the families, and the images will then be sent back to a tent where they’ll be printed up at A4 size and displayed. I’ll be doing a talk about them later in the afternoon.”

Marysa’s project isn’t the only family oriented activity that Tate is running at this year’s Camp Bestival. It will also be showing its touring Family Matters exhibition, which explores notions of what family is and what it means to people. There’s still time to get involved by posting your own family pictures to the Family Matters Flickr Group. The best images will be displayed on the Castle Stage screens and the overall best image, as selected by the Tate’s curators, will win tickets to Camp Bestival 2013. Enter here. Camp Bestival is the UK’s most family-friendly summer music festival, held annually in the grounds of Lulworth Castle, Dorset. As well as live music and DJs the festival features comedy, theatre, arts, book readings, and over 100 activities for children. The headline acts at this year’s festival, which runs from 26-29 July, include Happy Mondays, Hot Chip, Rizzle Kicks, Chic and Kool and the Gang. More details here.

For more information on Marysa Dowling and her work visit her website. 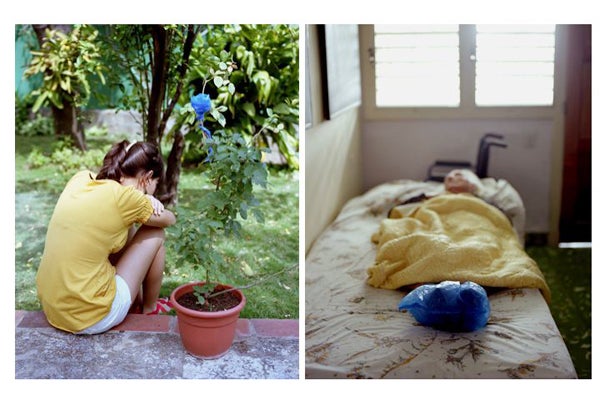 From Marysa Dowling’s Movement of an Object series: Havana 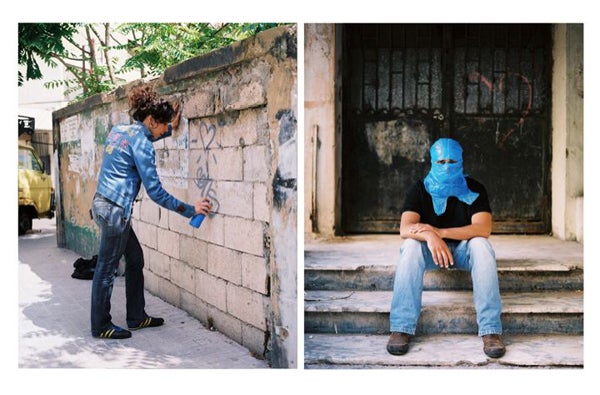 From Marysa Dowling’s Movement of an Object series: Beirut