Cameras have long required batteries in order to work, and whereas the small button batteries used in older 35mm film cameras would always last for several weeks if not months, digital cameras are a different proposition altogether. That’s essentially because all the extra electrical circuitry, LCD displays, electronic viewfinders, built-in flashguns and suchlike add up to a much more power-hungry device.

In technical terms, battery manufacturers refer to digital cameras as ‘high-drain’ devices, which essentially means you can expect to have to change or, more likely, recharge your camera battery much more often than many other small electrical devices you might own, except your mobile phone of course, which is also classed as high-drain.

And your camera is only part of the equation. If you use a DSLR or even a high-end CSC, chances are that you will also own a dedicated flashgun for it. This too is classed as high-drain, even though its power requirements differ quite markedly to that of your camera in that it needs short bursts of high-power and fast recycling times, rather than a steady flow of medium-to-high power.

So, as a photographer what options are open to you and which are the best types of battery for the job? On the next couple of pages we’ll take a look at all the leading contenders and also explore some useful external sources of power such as battery grips and portable battery packs designed specifically for flashguns. 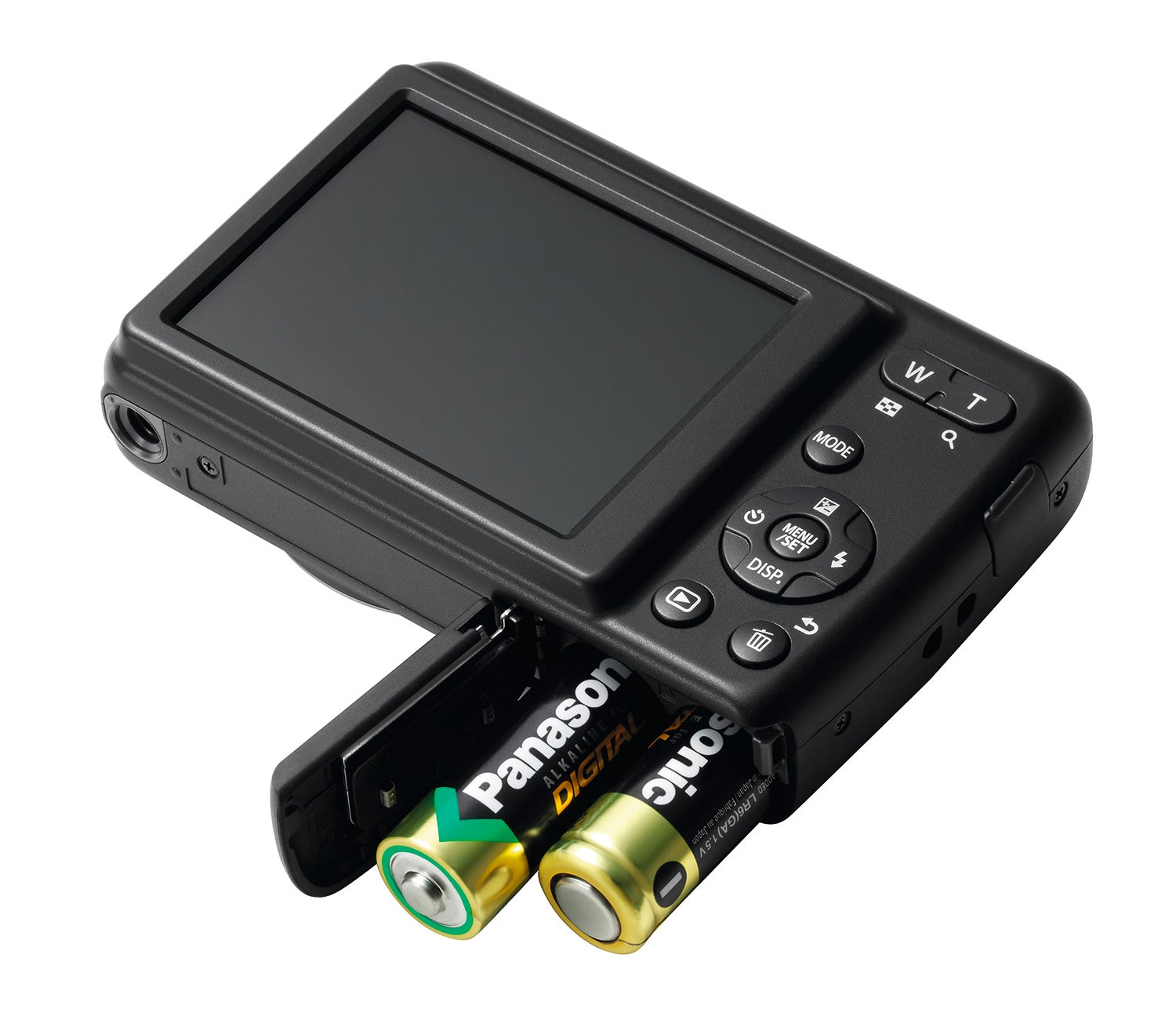 Batteries come in all shapes and sizes and employ a range of different chemical reactions in order to produce power. As far as photographers are concerned though the most popular battery size is AA. These can be used in a relatively small number of budget compacts and superzoom/bridge cameras, though Compact System Cameras and DSLRs (with the notable exception of the Pentax K-500) almost universally use their own proprietary batteries. Flashguns, however, generally take four AA batteries, though depending on your make and model you may also be able to use a dedicated battery pack – more on those later.

When choosing an AA cell for your camera the first thing to bear in mind is that not all batteries are created equally, even those that use the same chemical composition. The way that manufacturers market their products can be confusing too, with claims of ‘high energy’ or ‘high power’ often used to bamboozle consumers who aren’t familiar with the characteristics of the various types.

Ultimately, what’s really important is the way in which batteries deliver their power (which is mostly down to the internal chemistry of the battery – see Battery Chemistry, below), the duration they are able to do this for (often referred to as capacity), and how well they deal with the recharging process (i.e. how many charge cycles they can withstand before deteriorating). Bear in mind that certain environmental factors, especially temperature and how long the batteries have been left unused, can also affect overall performance.

Another big question faced by photographers is whether to use Primary (non-rechargeable) or Secondary (rechargeable) batteries. The answer is actually pretty straightforward. For high-drain devices like digital cameras and flashguns it definitely pays to invest in a set of decent rechargeable batteries. You’ll have to pay a bit more in the short-term (and be a bit organised with regards to keeping your batteries charged), but long term it’ll save you a lot of money. Of course, you can always keep a set of non-rechargeable batteries to hand as a last resort if you’re caught short.

Lithium-Ion (Li-ion) cells are by far the most common type of camera battery. The main reason for this is that they are extremely lightweight, can be recharged many times over and are capable of delivering a higher than average voltage than other cell types. In addition, subject to being stored at a reasonable temperature they are also much less prone to self-discharging when not in use.

There are some exceptions, but the overwhelming majority of Li-ion camera batteries are moulded so that they fit snugly inside the battery compartment of your camera. Depending on the make and model of your camera you may have to charge them inside the camera via a proprietary lead, or you might have to take them out and place them inside a bespoke charger. If you have the option to do both then the common-sense approach is to take them out and use the charger – that way if something goes wrong during the charging process your camera won’t get damaged.

If you own a relatively popular make and model of camera then you will almost certainly find that many third-party manufacturers – usually obscure Chinese companies – make Li-ion replacements that look identical and appear to offer the same specifications as the original battery supplied with your camera. Given that these often cost a fraction of the price of official replacements, they are often a tempting proposition.

Most people find that using these third-party replacements presents no problems at all, and saves them some money into the bargain. However you only need to browse some online photography forums to find negative reports citing inferior performance whereby third-party batteries don’t last as long – either while in the camera, or in terms of charge cycles. And despite being rare, it has also been known for cheaply produced batteries to leak or explode.

It’s your choice whether to go official or third-party – the best advice we can offer is that if you choose to buy third-party be especially picky about where you purchase from and do your research to see if previous customers have had any problems. Or stick with tried and tested premium third-party manufacturers such as Hähnel who makes a range of Li-ion batteries for most camera brands. 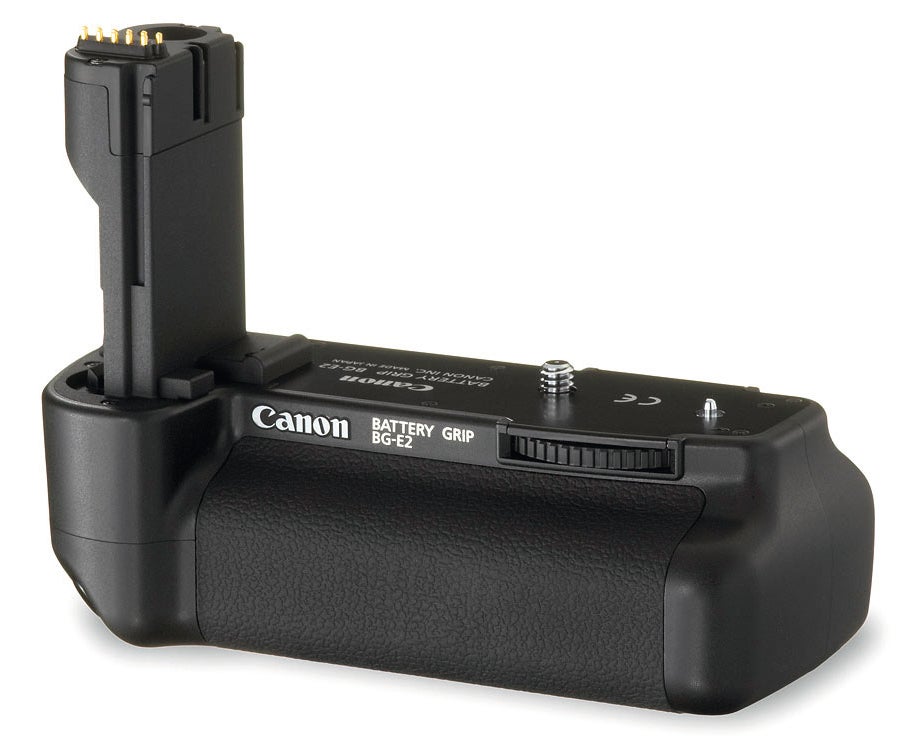 Another option open to many DSLR and some CSC owners is to purchase an optional battery grip. These serve a number of purposes, not all of which are related to battery performance. For example, battery grips often come with an extra shutter button and/or mode dials so that you can more easily use the camera in portrait mode. In addition many battery grips also increase the maximum continuous shooting rate of the camera – the Nikon MB-D15 grip (£280), for example, raises the camera’s standard 6fps burst rate to 7fps.

Power supply for dedicated battery grips varies from manufacturer to manufacturer. In some grips you have to use proprietary Li-ion batteries that have been specifically moulded to fit (again, you can usually find third-party copies of these), while in others you can choose to use either Lithium or NiMH AA cells instead. Either way, as long as you don’t mind a bit of extra bulk and can afford one, then a battery grip is often a worthwhile investment. 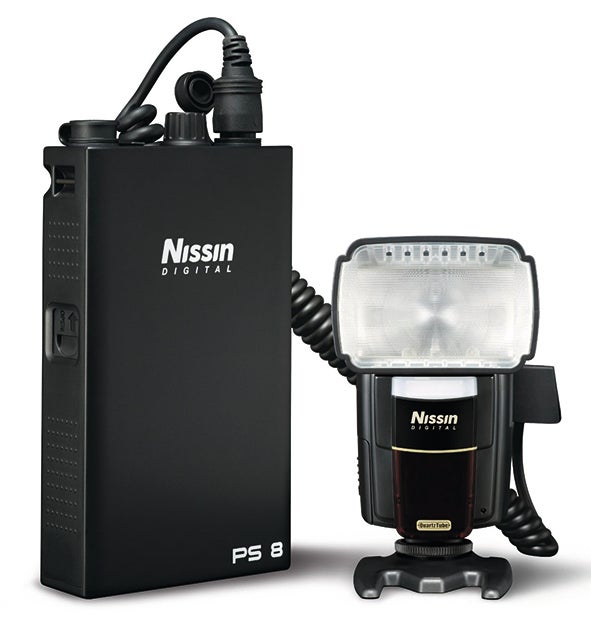 If you shoot with flash on location a lot, then it may be worth investing in a dedicated flash power pack. These are essentially bigger-capacity batteries that produce more power for faster recycling times, meaning you are free to use your flash to capture the moment without having to wait so long for it to charge in between shots.

Most camera manufacturers offer their own battery packs that work specifically with their own flashguns, however there are also plenty of third-party options. The Nissin PS 8 Power Pack (£150) is one of the cheaper options, although do bear in mind that you’ll also need to buy a compatible lead to hook it up to your flash. For a few more quid, the Quantum Turbo Slim series (£350) is regarded as being very good.