Need a wider lens to squeeze more in the frame? We uncover your wideangle lens options...

When starting out in photography, one of the first lenses you’re likely to use is a standard kit lens. These are a good starting point for beginners, but it won’t be long before you feel they’re quite restrictive – leaving you short when you want to zoom into the heart of a subject and too close when you’d like to fit more of your surroundings in the frame. If you consider the shortest focal length on a standard lens is typically 18mm (equivalent to 27mm in full frame terms) it’s more of a blinkered view of the wider picture we see with the naked eye. If you’ve been in a situation when you can’t stand back far enough to frame everything you want or you’d like to capture a wider vista than is possible with your kit lens, a wideangle lens makes a great case for itself. In this guide we’ll reveal the various types of wideangle lenses and uncover a selection of the options from different manufacturers.

There are three main types of wideangle lenses and these are wideangle primes, wideangle zooms and fisheye lenses. Wideangle primes have fixed focal lengths, which make them quite specialist pieces of glass, but with a simple optical construction and fewer lens elements they’re well known for excellent image quality and sharpness. What’s more they tend to be typically faster than wideangle zooms and feature maximum apertures as fast as f/1.4.

Wideangle lenses are popular with many different photographers, including those who shoot landscapes and architecture. For these subjects it’s handy to have a wideangle prime if you’re going to be working in low light and are going to be shooting handheld, but shooting with a wideangle prime at its maximum aperture can increase the risk of optical discrepancies, such as vignetting and a lack of edge sharpness showing in the final image. To bypass any lens flaws and increase the depth of field it’s standard practice to close the aperture, which has the effect of maximising image quality and sharpness. Wideangle primes are therefore quite unique and they’re often considered to be more restrictive than wideangle zooms. 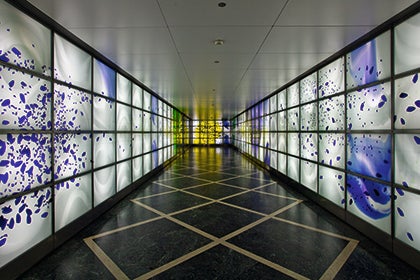 ABOVE: Wideangle lenses are great in confined spaces and allow you to capture a much wider perspective. 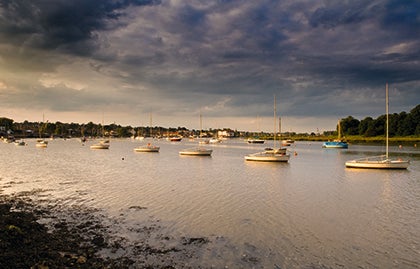 ABOVE: Want to fit more in the frame? Wideangle lenses are ideal for scenics and landscape photography. 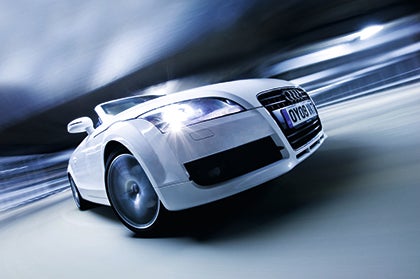 ABOVE: If you’d like to shoot near to subjects and need to sqeeze as much of it in the frame as you can, you need a wideangle lens.

There’s a great selection of wideangle zooms available for both full frame and APS-C formats, including many alternatives from third-party manufacturers. However, you’ll want to carefully consider the focal length before committing to buying one. Choose the wrong type of wideangle zoom and attach it to the wrong camera body and you could find any lines or curves in an image are over-exaggerated. For full frame DSLRs a wideangle zoom covering a focal length between 14mm and 35mm is usually best, and for APS-C DSLRs a lens with a focal length of roughly 10-20mm will provide a 15mm to 30mm full frame equivalent. Look for a wideangle zoom with a wider focal length than the suggestions above and you’ll find your images become heavily distorted and any horizontal or vertical lines will appear curved, which is commonly known as barrel distortion. Usually this type of distortion is most obvious at the edges of the frame or when the camera is tilted upwards which can accentuate the way a lens perceives straight lines.

The other type of wideangle lens we’re yet to mention are fisheye lenses. These tend to be a bit more niche, partly because they’re known to produce stronger signs of distortion. If a wideangle zoom doesn’t give you the field of view you’re after and you’d like to squeeze even more in the frame the other option you have is a fisheye lens. The angle of view fisheye lenses offer varies between 100° and 180° and in the case of the latter it can save you having to merge a series of shots together to create a panoramic image.

Fisheye focal lengths vary just like wideangle primes and wideangle zooms. One of the widest currently available is Sigma’s 4.5mm f/2.8 EX DC circular fisheye for APS-C DSLRs. While they’re fun to experiment with and use occasionally, fisheye lenses do have more limited use and it’s one reason why wideangle zooms are considered better value for money.

The disadvantage of using some wideangle lenses is that they can exhibit lens defects. Barrel distortion is a lens defect that causes straight lines to bow outwards at the edges of the frame. Chromatic aberration is a colour fringe that can appear along high-contrast edges and vignetting refers to the edges of an image that appear darker than the centre. Although some wideangle lenses control these optical flaws better than others it’s good to know how they’re rectified in Adobe Camera Raw. Head to the Lens Corrections filter, tick Enable Lens Profile Corrections and this will apply settings based on the camera, lens and focal length used. Any lens defects will then be automatically corrected, leaving you with an image that’s less distorted than when you first started.