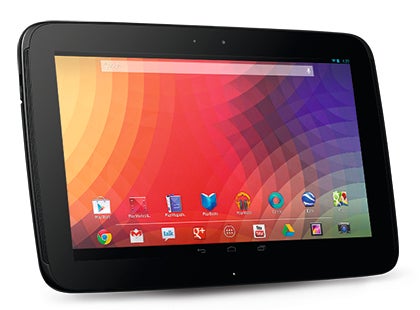 Long aware that third-party manufacturers were dragging Android’s reputation down with poor quality hardware, Google has teamed up with several leading manufacturers to produce a series of flagship Nexus tablets. The Samsung-made Nexus 10 is the largest of the range and comes with the latest Jelly Bean 4.2 firmware, a dual-core ARM processor and 2GB of RAM. More importantly for photographers, its 10.1in screen currently offers the highest resolution of any tablet, with a 2560 x 1600 pixel (300ppi) display. Connectivity options include a Micro USB input and a Micro HDMI output, however there’s no SD card slot.