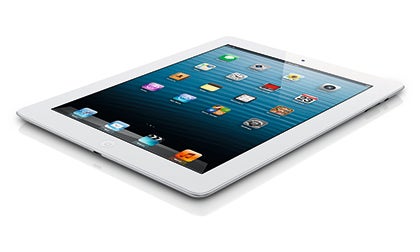 Now in its fourth generation, the iPad is by far the most popular tablet on the market. The iPad 4’s core strengths are its pin-sharp “Retina” screen – so-called because the pixel count is so dense the human eye is unable to distinguish individual pixels – and Apple’s App store, which offers the largest selection of apps of all the mobile platforms. While there are no additional connectivity options beyond the proprietary 8-pin port, an optional Pad Camera Connection Kit (£30) plugs directly into this. Only image files stored in the DCIM folder can be moved though – for anything else (music, films) you’ll have to use iTunes.