Need a cable or remote release for your DSLR? We reveal their uses and whatu2019s available to you...

One accessory you can guarantee won’t be in the box when you buy a camera is a cable or remote release. These are used to trigger the camera in a different way rather than pressing the shutter button, and there are an endless number of situations where you may want to take a shot without having physical contact with the camera. Two examples are sports and wildlife photography where photographers can often struggle to bag the shot they want because of either restricted access, danger of disturbing their subject, or risk of personal injury. Over the years camera triggering devices have developed significantly and they’re more versatile and convenient to use than ever before. If you’re undecided on what kind of release is the right solution for your triggering needs, in this Essential Guide to Camera Triggers we’ll discover the various types available and explain what situations they’re best suited for.

When you’re looking at triggers to buy, you have a decision to make. Do you choose a cable release or opt for a wireless version instead? Cable releases trace their roots right back to the early days of photography and, as the name suggests, they connect to the camera via a cable by means of a screw-in or plug-in port. The length of the cable plays a big part in how far away you can shoot from the camera and a typical length is around 80-100cm, though on some versions there’s the option to extend the length with an appropriate extension cable.

Cheap cable triggers don’t offer a huge amount of functionality other than letting you shoot without disturbing the camera setup or locking the shutter open for long exposures at night or in low light. Spend a little more money on one and you’ll get a few extra buttons that let you set up an interval timer or set up the self-timer. Some of the more expensive cable releases also feature small LCD displays, giving you an accurate reading of how long the shutter has been opened for or a countdown timer indicating how many seconds remain before the camera’s shutter is fired.

They tend to be most commonly used in situations when camera stability is vital in achieving a pin-sharp image, such as when shooting a macro subject where the close magnification can emphasise the tiniest movements of the camera. By locking off the camera on a tripod and using a cable release you minimise virtually all risk of camera shake and guarantee sharper shots as a result.

It’s not uncommon to see photographers using cable releases when using telephoto lenses either and just like macro work they can prevent the camera being moved or knocked accidentally. Cable releases do have their limitations though. If you’d like to fire the shutter from any great distance the length of the cable can restrict you and they don’t allow you to work remotely. 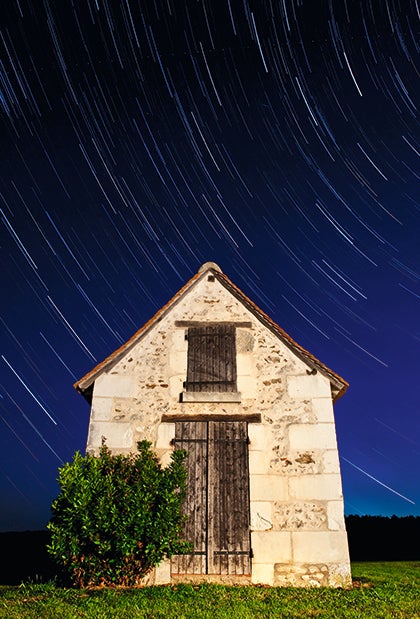 (An interval timer can be extremely useful when you want to capture a succession of shots over a very long duration.)

For those who don’t want any constraints, a wireless remote release is the alternative. Featuring their own receiver and transmitter units, infrared triggers were one of the first types to be made but unfortunately these too have one key restraint. As they rely on line of sight, anything that blocks the controller’s path of light to the camera can prevent the shutter being triggered, making them unsuitable for some situations where you can’t always align yourself perfectly with the camera. Wireless releases that use the 2.4GHz radio frequency are more reliable. By looking for one that offers different channels you’ll have the option to switch channel and avoid interference from other photographers who may be close to you and using the same triggering device.

The radio receiver that connects to the camera’s remote port should feature a hotshoe mount so it’s easy to attach to the camera, and the wireless release transmitter will typically be designed like a shutter button so when you half depress it the camera will autofocus and by holding it down the shutter will fire. As well as being able to set the camera to its drive mode or self-timer mode before triggering it with a wireless release, more-advanced remote triggers will allow you to set these shooting options directly from the transmitter. 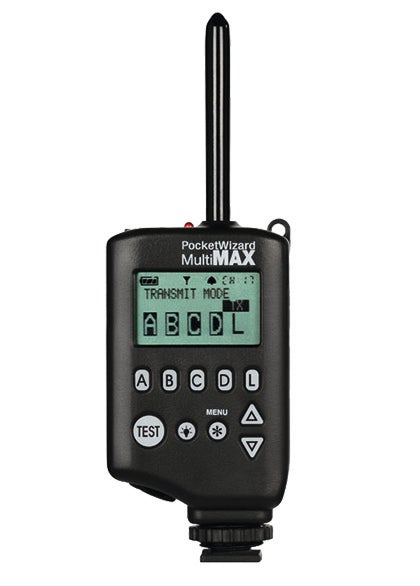 Much like cable releases, the more you pay, the more advanced features you can expect in return. Wireless releases such as Hähnel’s Giga T Pro II remote (£60) feature a small LCD display so you can use the controller as a stopwatch during long exposures and its backlight could prove particularly useful when working remotely in the dark.

If you know that you’re going to be shooting at long distances from the camera, the working range also plays a big part in which wireless release you choose. A 100m range is average on most wireless releases, though there are professional wireless triggers that enable you to trigger a camera remotely from up to 500m away, without the need for signal repeaters or daisy-chained radios. One example is PocketWizard’s MultiMax transceiver, but this specialist wireless remote does come with a hefty £235 price-tag. 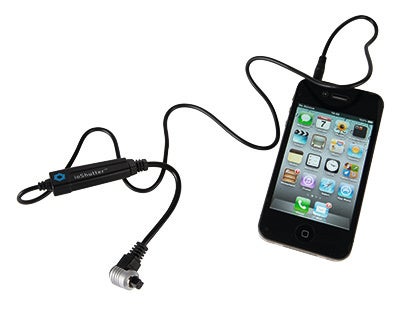 In addition to the standard type of cable releases, there are versions
available that allow you to trigger your camera by using a smartphone or
tablet. These modern-day cable releases are designed to work in tandem
with specially made apps that have to be downloaded onto the device
before they can be used. After attaching your smartphone or tablet to
the camera with the supplied cable and loading the free app you’re ready
to shoot. Just like a standard cable release, you’ll have the option to
hold a digital button to pre-focus before you shoot and a lock shutter
button should also be provided for long exposures. In addition some apps
feature functions such as a timer, time-lapse facility and bulb mode,
however it’s worth bearing in mind that the app which is made available
for free download will usually have a limited number of options. To get
the full set of features you may need to spend a little extra on an
advanced app and these can cost between £3 and £7.