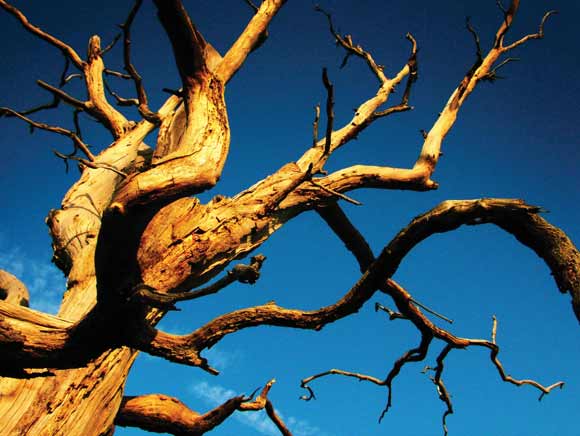 Kevin’s tree project evolved from comments and suggestions that his fellow ‘Flickrites’ posted about his earliest efforts. ‘I found people would say, “I’d have done it like this”, or “Have you tried that?”’ Kevin would then go off and give the tree another go. Soon he had enough pictures of the tree to group into an album.

Not all Kevin’s work is done in-camera. As a designer Kevin spends a lot of time using Photoshop on his Mac, and is something of an expert. But as well as making levels, curves and sharpening adjustments Kevin spends a lot of time using layer blend modes to maximise the dynamic range in his images. By taking three or four shots, on a tripod, at identical exposures, and then combining them into a single image, Kevin is able to capture shadow and highlight detail that would otherwise be impossible. 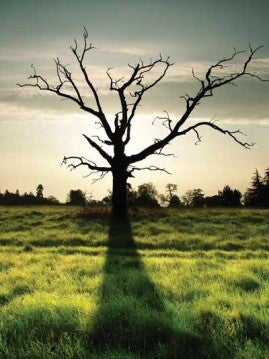 ‘What I do isn’t HDR photography, which you can do at the press of a button in Photoshop CS2; it’s more complex. I do a lot of masking around the various elements – water, sky, foreground – and selectively blend them together to achieve an image closer to what I saw at the time, but which sensors are unable to capture straight.’

Right: A walk around to the ‘other side’ of the lake gets me closer to the tree. I don’t know if the barbed wire fences that I had to negotiate were to keep people or cattle out, but as no one came rushing out telling me to ‘clear off’ I may venture back around there another time. I took two exposures, one for the sky and one for the grass, and then blended in Photoshop