In the short space of four years since  first turning professional, 29-year-old portrait photographer    Phil Sharp has made something of a name for himself.  As a result, he now lists Universal  Records, EMI, Apple, NME, and MTV  among his clients.

Not bad for someone who originally had his sights set on a career in the film industry, and whose initial reason for taking up still photography was to learn practical skills he could translate to a career in moving pictures.

‘I was really interested in film up until about the age of 20,’ explains Phil. ‘I figured that if  I learned how to take a good still photograph then I’d also be able to make a good film. I had a place at a college in London to study film, but I didn’t really like the course so I moved to another college [in Northampton] and I took  up a course in photography instead. And from then on, I just kind of stuck at it,’ he laughs. 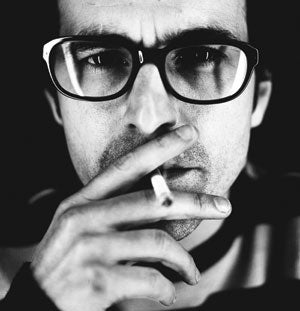 Right: This shot of Bluetones’ lead singer Mark Moriss was taken for a music magazine during a sound check  on his solo tour. I was interested in using fluorescent lighting after working with [in-demand portrait pro]  Mitch Jenkins. Unable to obtain the professional standard ‘Kino Flo’ I popped down to B&Q and picked  up a couple of bottom-of-the-range fluorescent lighting strips and propped them in front of my subject. Colour balance is completely off, but if your final intention is black & white you can’t lose.

‘After graduating with an HND in photography I teamed up with a friend [fashion photographer Rhys Frampton] and we formed a creative agency together. We arranged some studio space for ourselves and just sort of bluffed our way forward as best we could. We got some big name contracts early on and although we didn’t necessarily make the best job of them, we did learn the fundamentals of our trade.’ 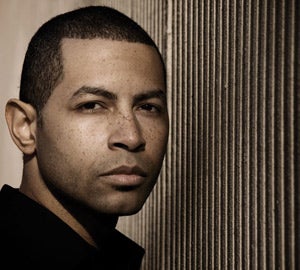 And what exactly are these fundamentals?  ‘Well, right from the beginning, I’d always suspected that expensive kit isn’t what makes  a great photographer – vision and execution are the most important elements. Your kit  can consist of anything from a pinhole to a Hasselblad, just so long as you’re able use it to capture the essence of what you’re looking for.

We’re interested to know where Phil falls within this equipment spectrum – does he  prefer to work with a four-grand Canon EOS 1Ds Mk III, or a four-hundred-pound Pentax K200D? As it turns out, he’s out on a bit more of a limb than that, plying his trade with a curious mix of proven medium-format quality and somewhat less predictable DSLR convenience. ‘I’d say that my kit has been cobbled together rather than purposefully assembled,’ he offers by way of a disclaimer. ‘As a result, I’m using a Mamiya RZ67 Pro II medium format body, which I bought with a loan from the Prince’s Trust, and a Kodak 14n DSLR, which I borrowed and then bought from a fellow photographer. 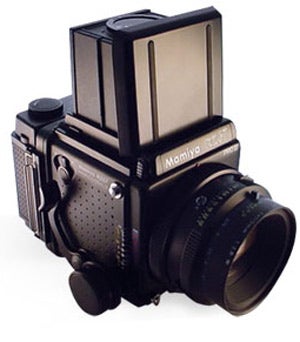 ‘The RZ67 I use almost exclusively with the 110mm lens, considered by many to be one  of the finest photographic lenses ever made, by anyone, anywhere. I still use the RZ67 to shoot film, although this may well change as  medium format digital backs fall in price.
While the RZ67 is a proven professional tool, we’re more than a little surprised by Phil’s choice of DSLR. Launched in 2003 the 14-megapixel, full-frame Kodak 14n was designed to rival Canon’s 11-megapixel EOS 1Ds Mk I. But  while the Canon was met with near-universal praise, the 14n received more mixed reviews – something Phil appears only too aware of.
‘It’s fair to say that the 14n has had its fair share of bad press,’ he concedes. ‘The main problem is that its sensor is unusable on anything other than ISO 80. Seriously, go up  to even ISO 100 and shadow noise becomes  a major problem. It’s also basically unusable with any sort of long exposure, and by long  I mean half a second or longer.’

So why use one at all? Why not switch to  a more practical and less noise prone DSLR?
‘Because when used correctly and with enough available light the 14n is a formidable beast, with excellent colour and detail,’ he enthuses. ‘Despite being quite restrictive, the 14n does force you to be more creative when using it. I do plan to upgrade it some day, but I haven’t yet decided whether I want to migrate to a Canon EOS 1Ds Mk III or otherwise yet. It’s a case of sitting down and deciding what’s most cost-effective for what I want to do.’
Phil’s somewhat unusual choice of DSLR is matched by an equally unconventional – albeit currently in vogue – approach to how he chooses to light his subjects.
‘In the past I’ve used Profoto, Elinchrom  and Bowens lighting rigs, but my main sources of lighting at the moment are three Nikon SB flashguns,’ he explains. ‘I worked with New York fashion photographer Nute Nicholson, and he was the one to explain to me that “light is light”, no matter where it comes from. With the more expensive lighting systems you get faster recycle times and more reliable and stronger power outputs, but the light is exactly the same.’ 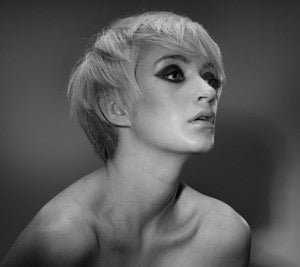 Right: This was shot for a hair company and was the model’s first-ever shoot.
One tip I have for shooting hair is to have a softbox positioned
directly above the head. The model’s hair is the most important thing
to light – everything else comes second!

Does Phil have any tips about the process  of using off-camera flash lighting that he’d care to share with us? ‘Well, I tend to start  by taking an ambient meter reading so as to  make sure I am capturing elements of the environment. Then I consider where to place my key light. Also, it’s important to adjust the power of your flash in accordance with the available light,’ he notes.
How would he describe his own style, and does he consider it to be one of the reasons his clients book him over other photographers? ‘I think that a lot of people commission me because they want something a bit different – something that older photographers might not provide. I don’t think that I’m really all that well established yet, but certain agencies do seem to like my style. Despite being refined in many ways, I also think it’s perhaps a little bit messy, perhaps that’s what they like.’

What about post-processing, is that a large component of his work and individual style? ‘Yes, I do a fair bit of post-processing work, and I’m certainly not averse to it,’ he replies.  ‘I look at it as being part of the process and I’ve never really understood why people would be against it. For me it’s another part of the creative process. I’m not a huge fan of images that have been over-processed though; you have to do it subtly, in a way that complements the image.
Finally, does Phil have any advice to anyone aspiring to work as a portrait pro? ‘It might sound clichéd, but my main advice would simply be to keep taking pictures – as many  as you can – all the time, pausing every once  in a while to review and learn from them.’ 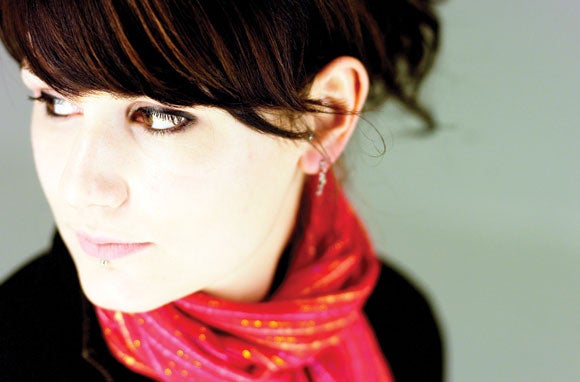 Above: The girl in this portrait is a singer-songwriter from London called Katie Malcolmson. She was with a friend of hers who I happened to be shooting that day so I offered to do some promo shots for her too. It was taken with a Contax 645 and a Phase One P25 digital back. The 645 is a really underrated camera in my opinion, compact and easy to use. 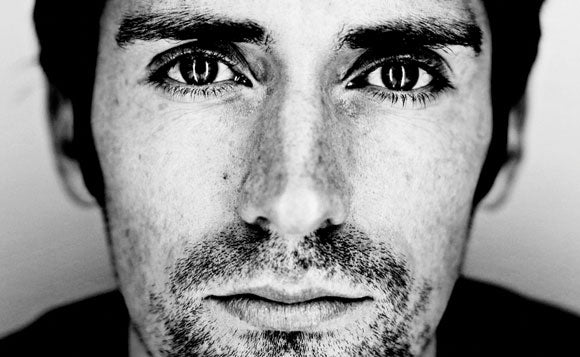 Above: This portrait of musician Paul Sumner was also taken with a Contax 645/P25. I lit it using cheap flouro strips and to get the sharpness I converted it to black in white using Photoshop’s Gradient Mapping tool. The rest is down to careful manipulation of tone curves.